Included in the three Yeezy releases is a Black/Copper, Black/Red and Black/Green pairs. Each release includes a colored SPLY-350 stripe, Boost midsole and semi-translucent outsole.

How many of you were able to get your hands on one or all three pairs?

adidas Originals  debuted another  ‘Blue Tint’ which appears will be a follow up to the first model. Showcased is the adidas Yeezy Boost 350 V2 ‘Blue Tint’  that launched December 16, 2017.But it was limited .

So I had to waited for long time till July in this year ,I got one . I like this one very much ,It is match  for the summer and the color is lovely . 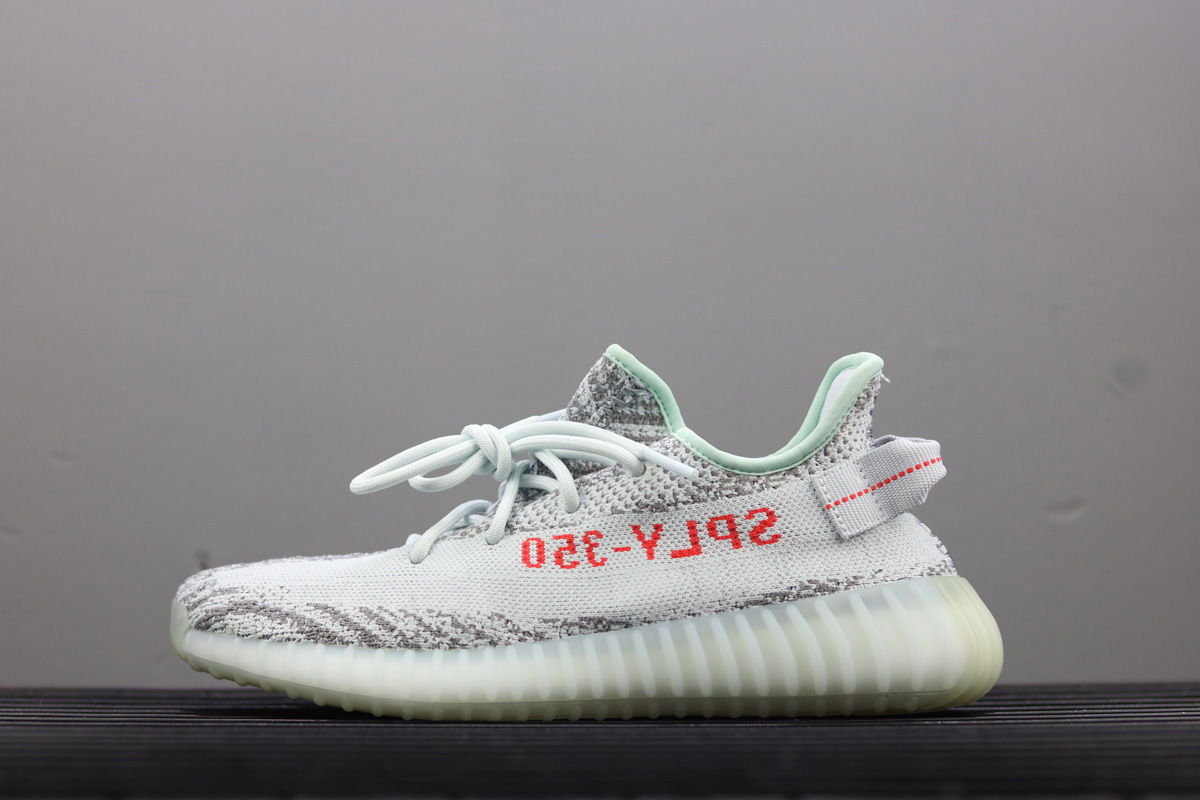 For the box ,it is normal and simply 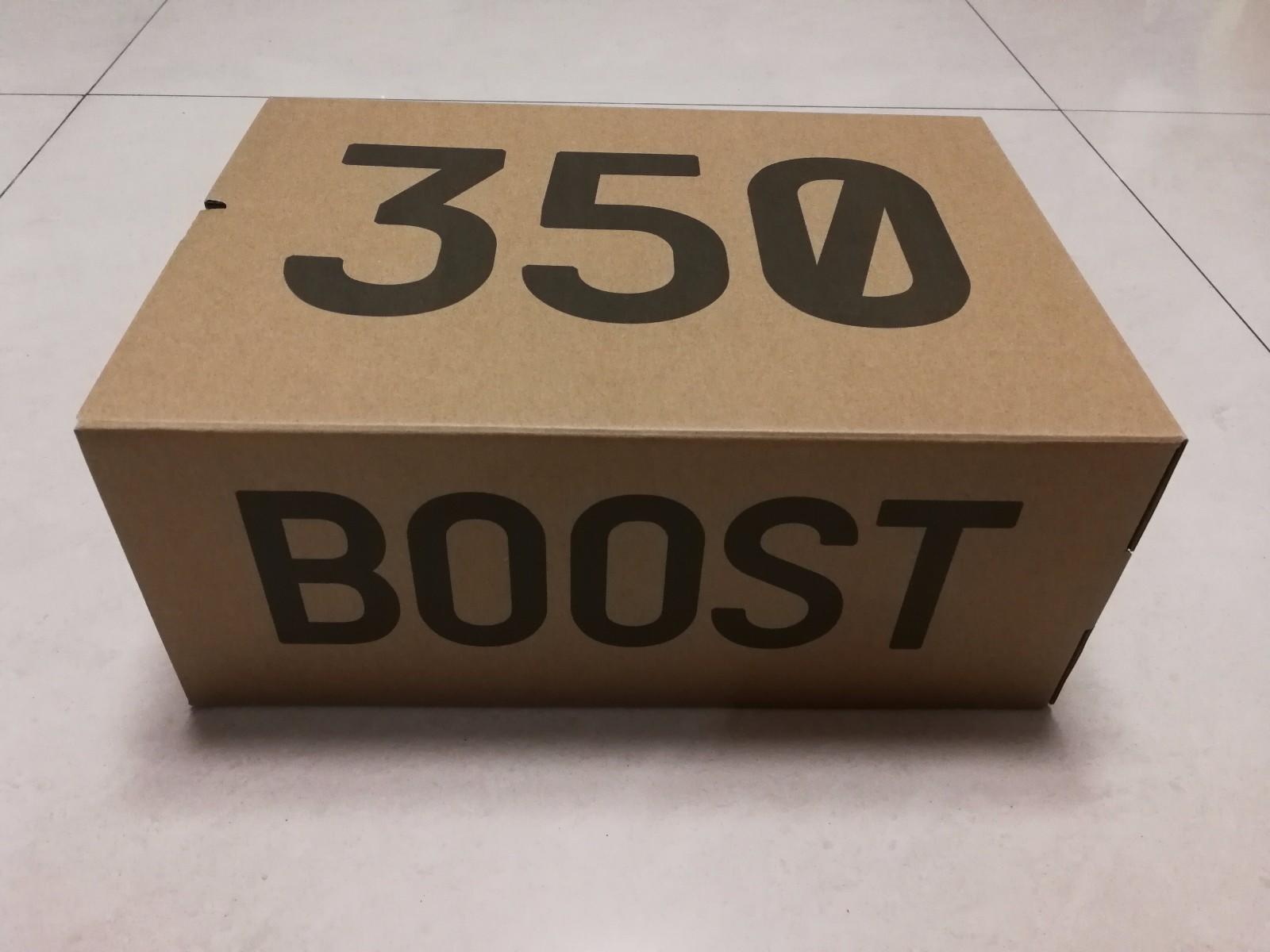 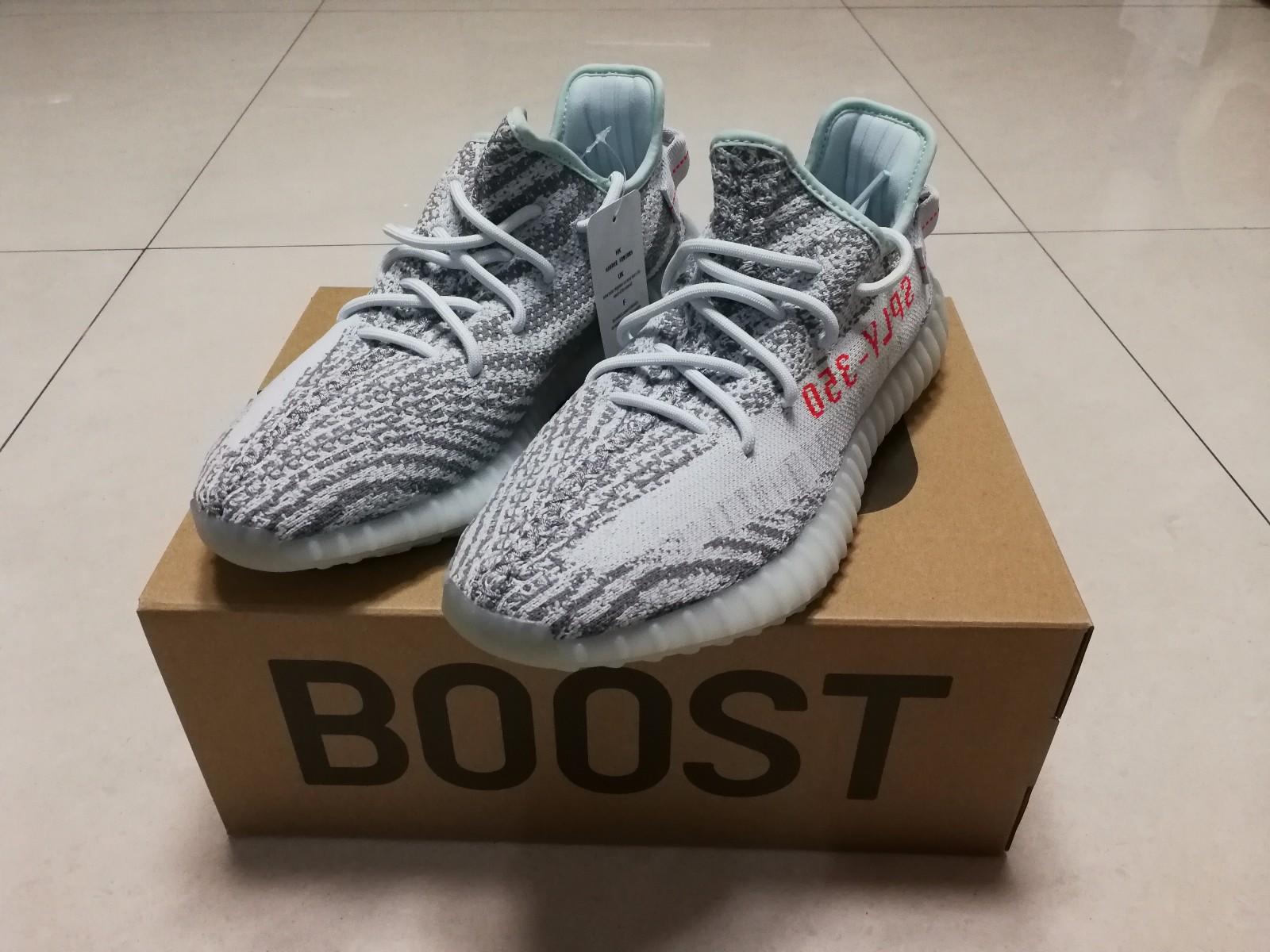 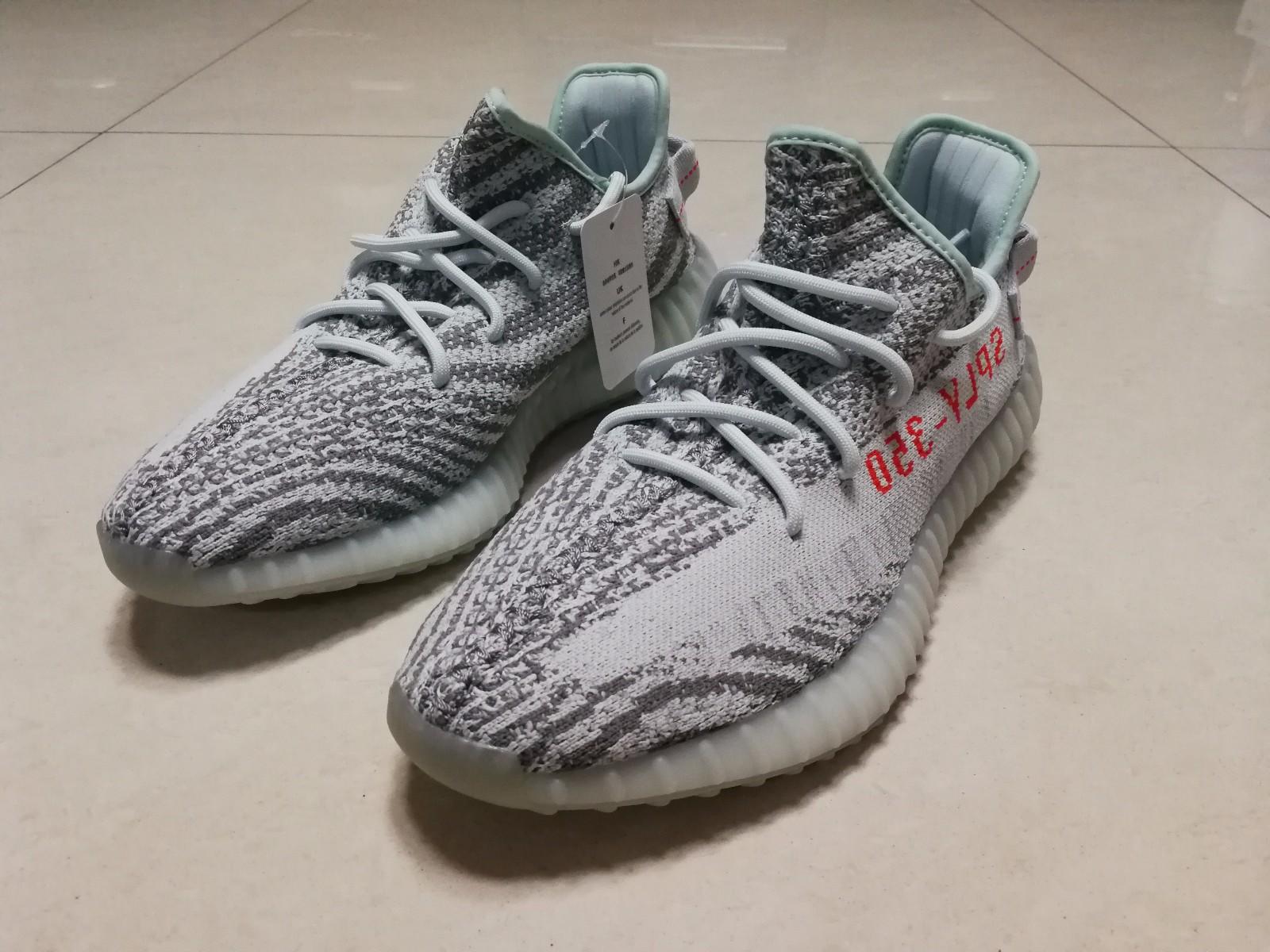 For the material : From the red speckle throughout the upper, to the exaggerated mid-sole and the all-important BOOST technology , as we know,the biggest game changer ever to hit the sneaker game if you ask me, the v2’s are very eye-catching and  comfortable. 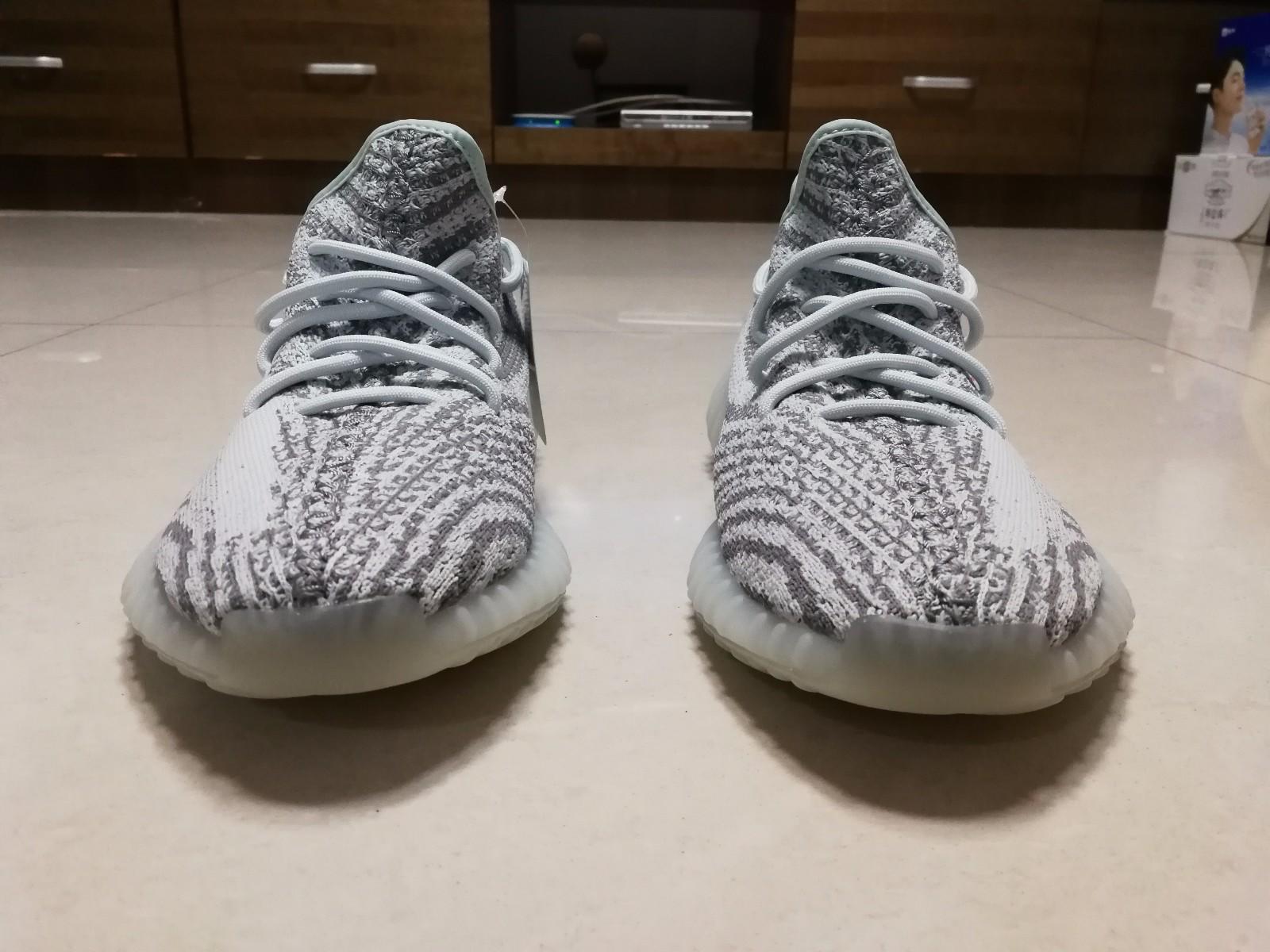 The Boost technology and this high-density tiger weaving is already a symbol of the YEEZY series,so the Blue Tint also followed the last model.The material is soft and nice .

The primeknit feels tougher than on previous releases and the rubber outsoles look less likely to crack，But the I felt the Yeezy boost 350 V2 ‘Blue Tint’ .  both good signs if you intend on wearing your Yeezy’s. 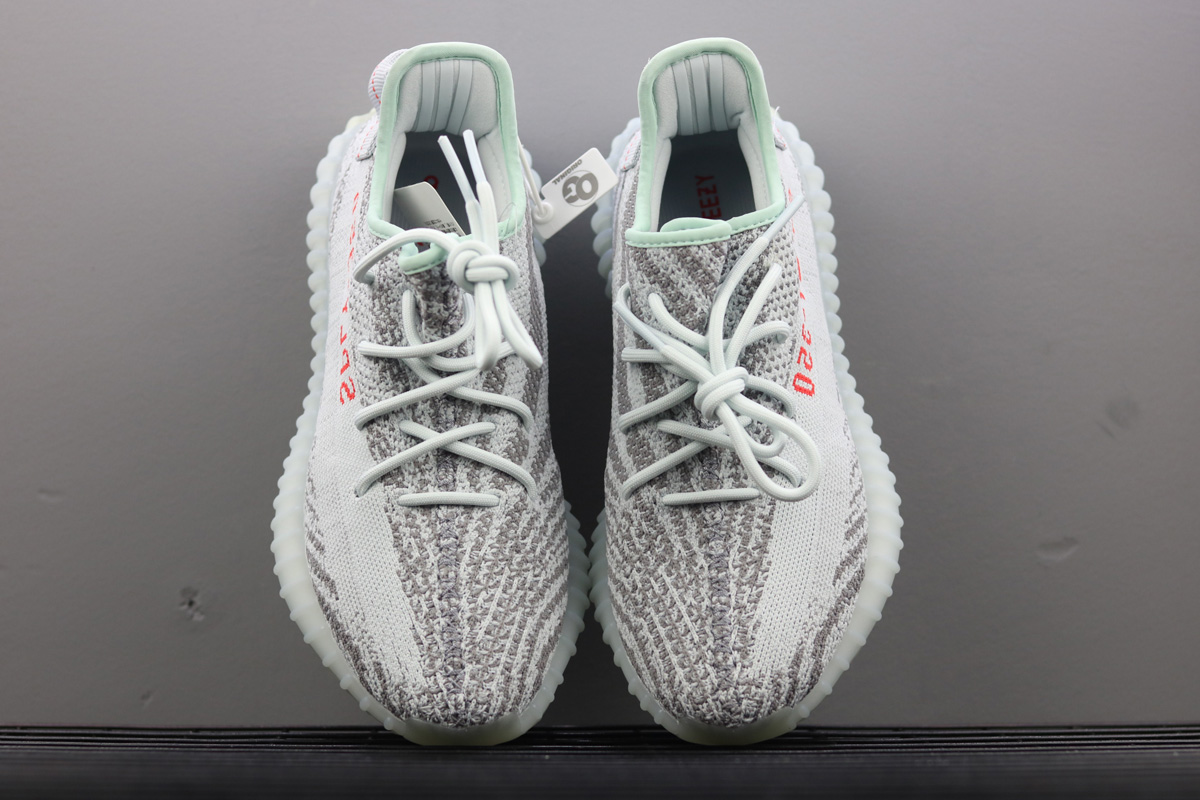 For the supporting , it is not good ，if you want to played it in the basketball game , I dont think it is good ,it is just as the casual shoes . However Rogan begins to open the pair of YEEZYs that he bought and immediately begins criticizing the heel of the shoe, comparing them to the average shoe and lifting his own foot to compare the two. But for me ,it is just so so. 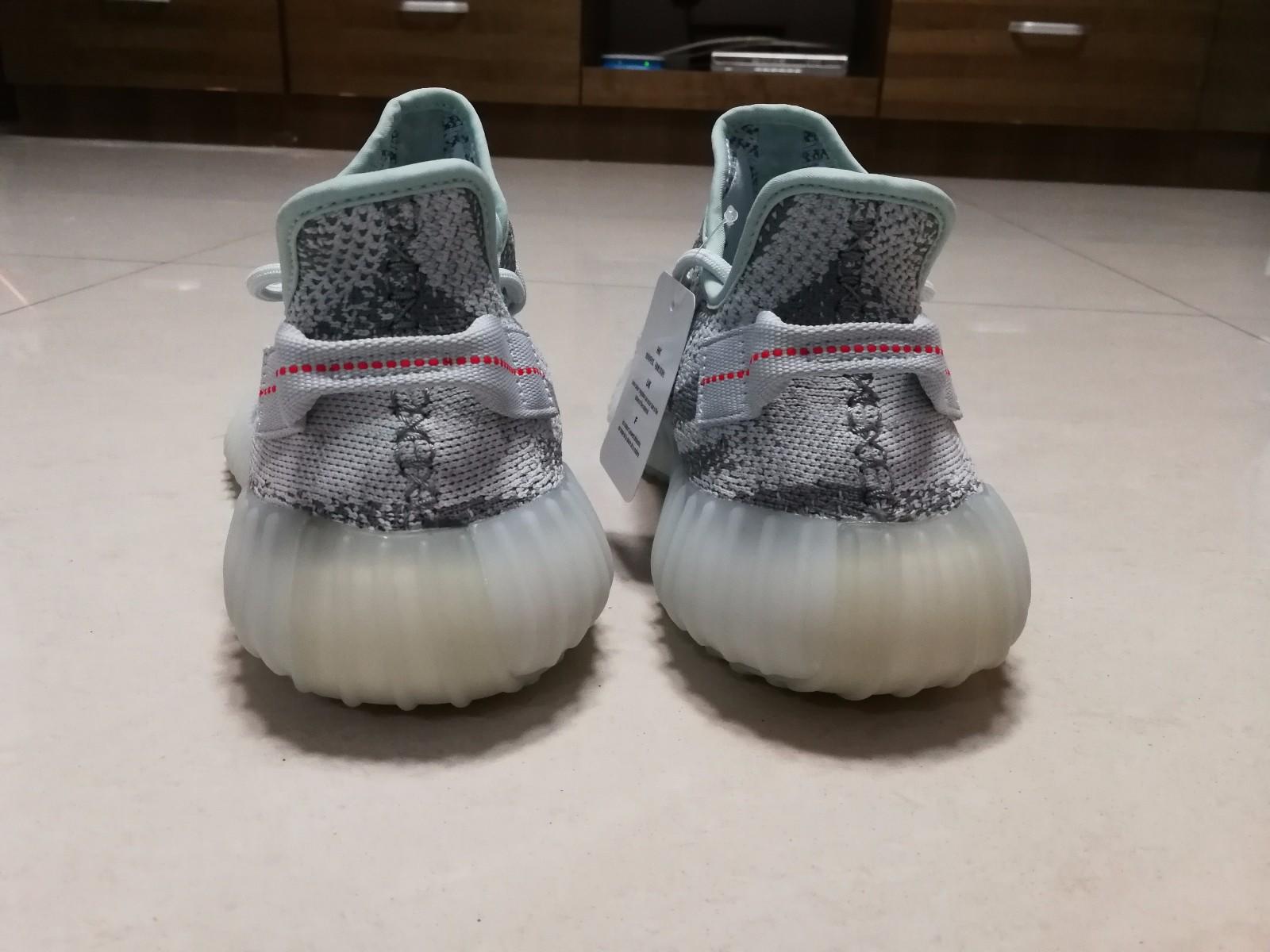 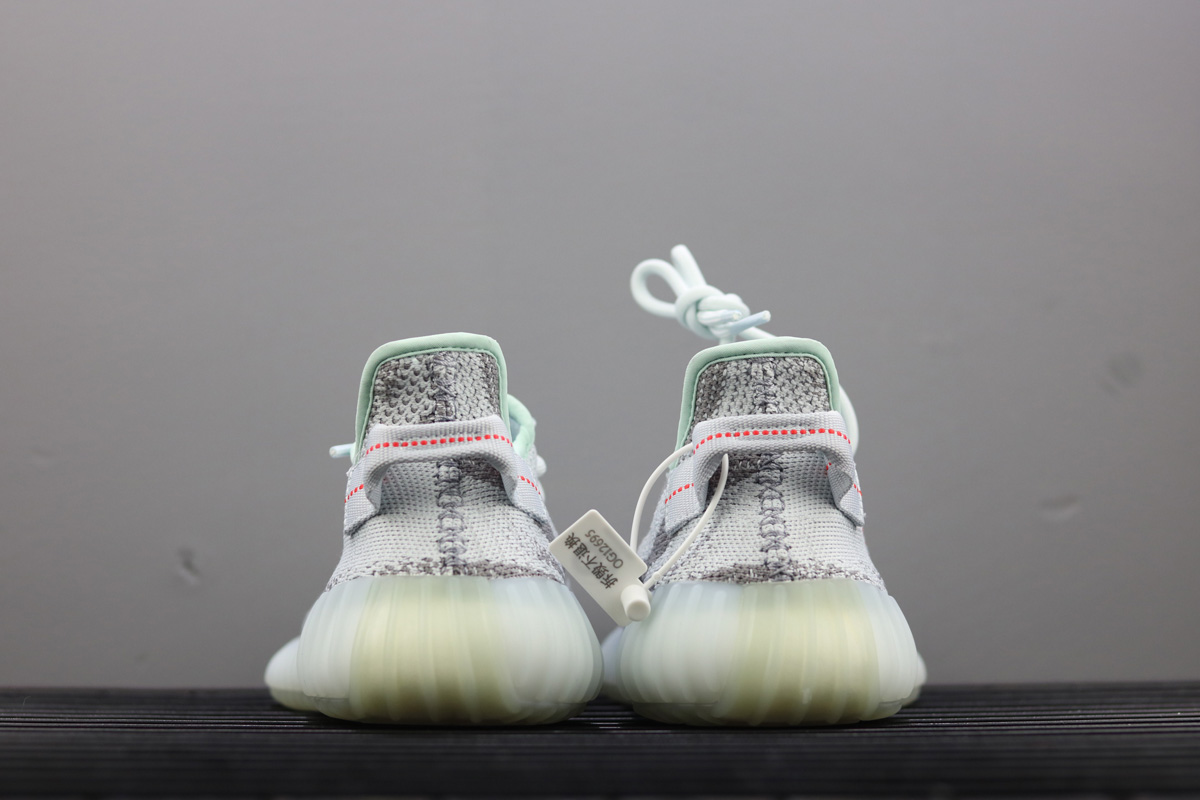 For the cushioing : It also followed the last model and it used the Adidas boost tech again .

It is numerous small balls of high thermal adhesion,which excellent elasticity.Then we can see the the full length boost is responsive ,maybe the thickness of the boost is thickness.Therefore, the feeling of thefeet court  is quite great

Many friends ask for what is specific soft and hard feelings. I have two other models to make a reference here–Utra Boost and  Btra boost EQT these two pair of shoes , and EQT should be the softest of the three pairs, but it is only soft. The Yeezy 350 may be the reason for boost , So the wrapping of this shoes weill be great, in addition to soft and a little responsive, we can not felt a lot pressure when walking. Utra Boost  is a comparative responsive and bounce , it is the best running shoes compare with these three pair shoes. 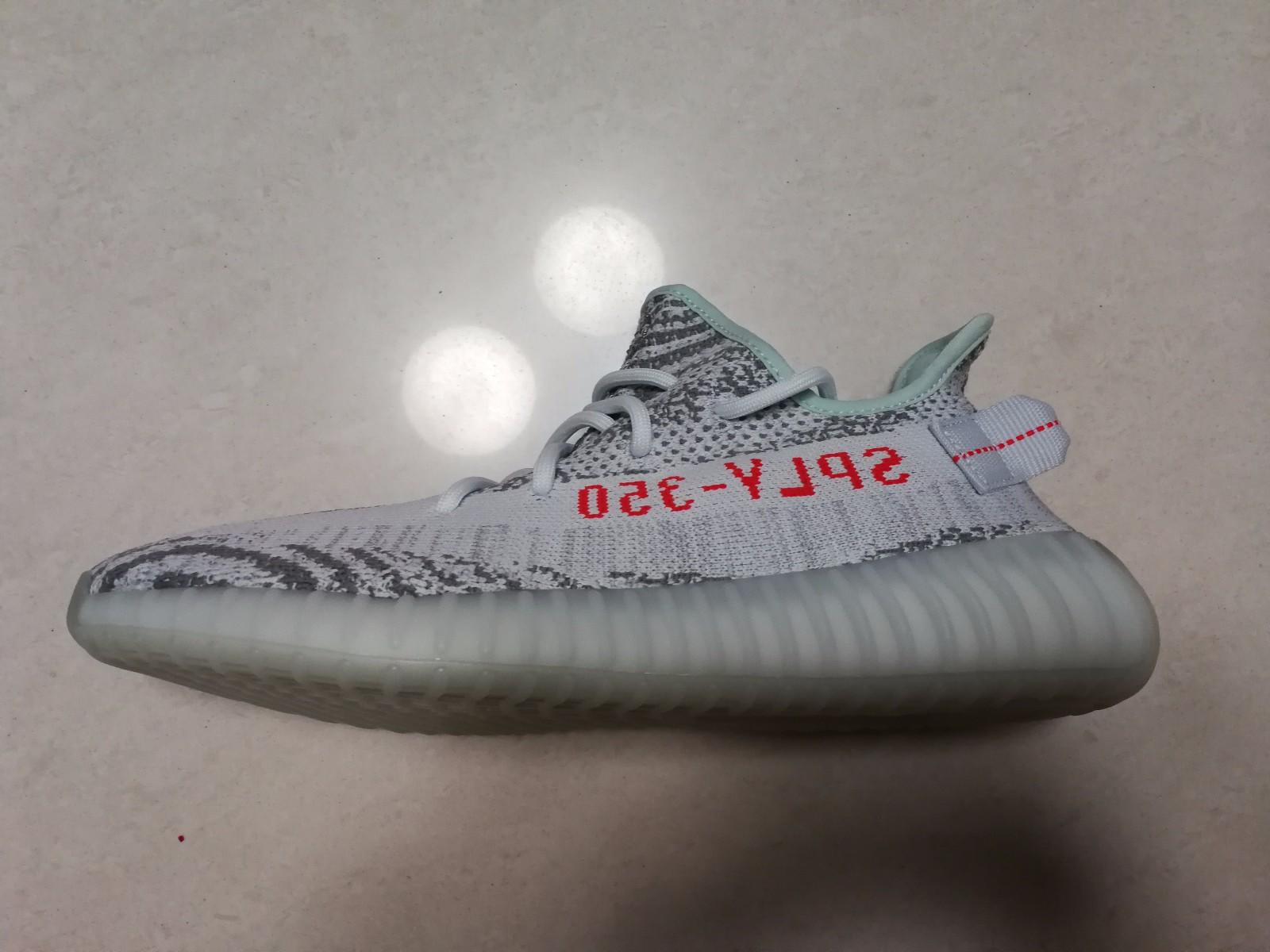 We can see the logo –Adidas and Yeezy in the bottom of boost .Two insoles are designed in two directions 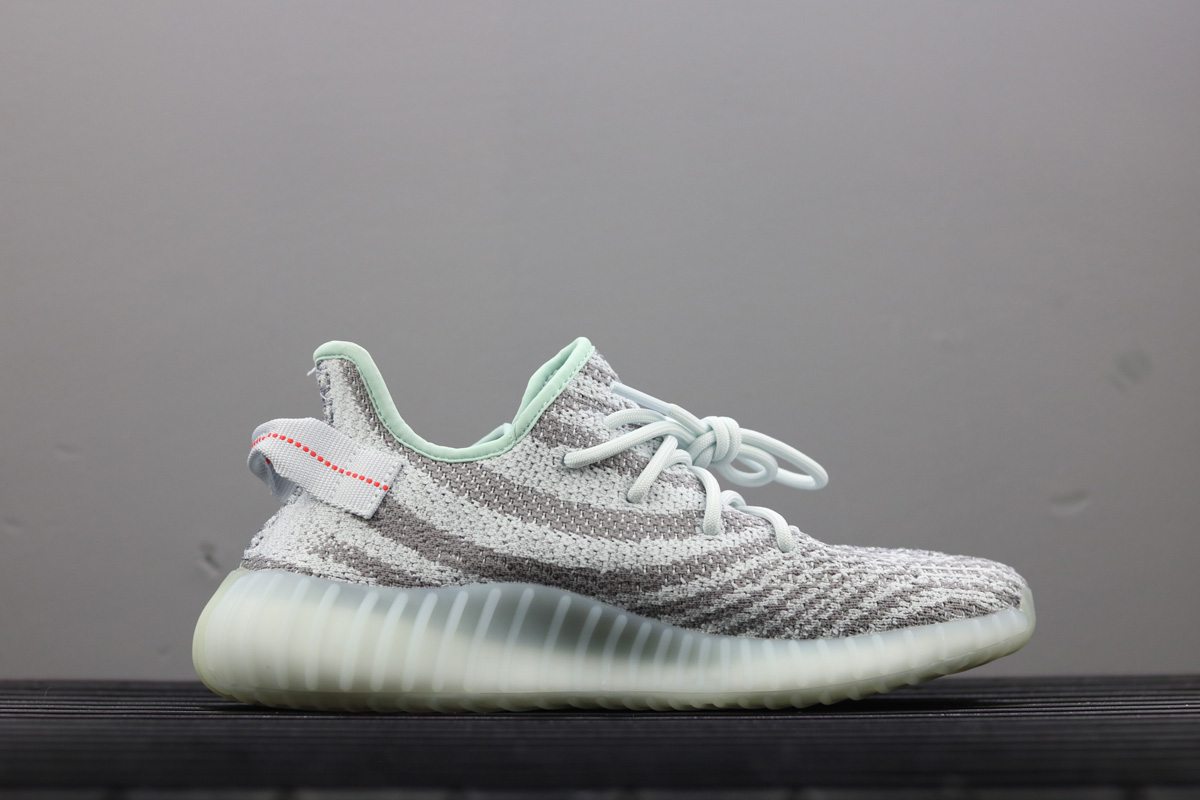 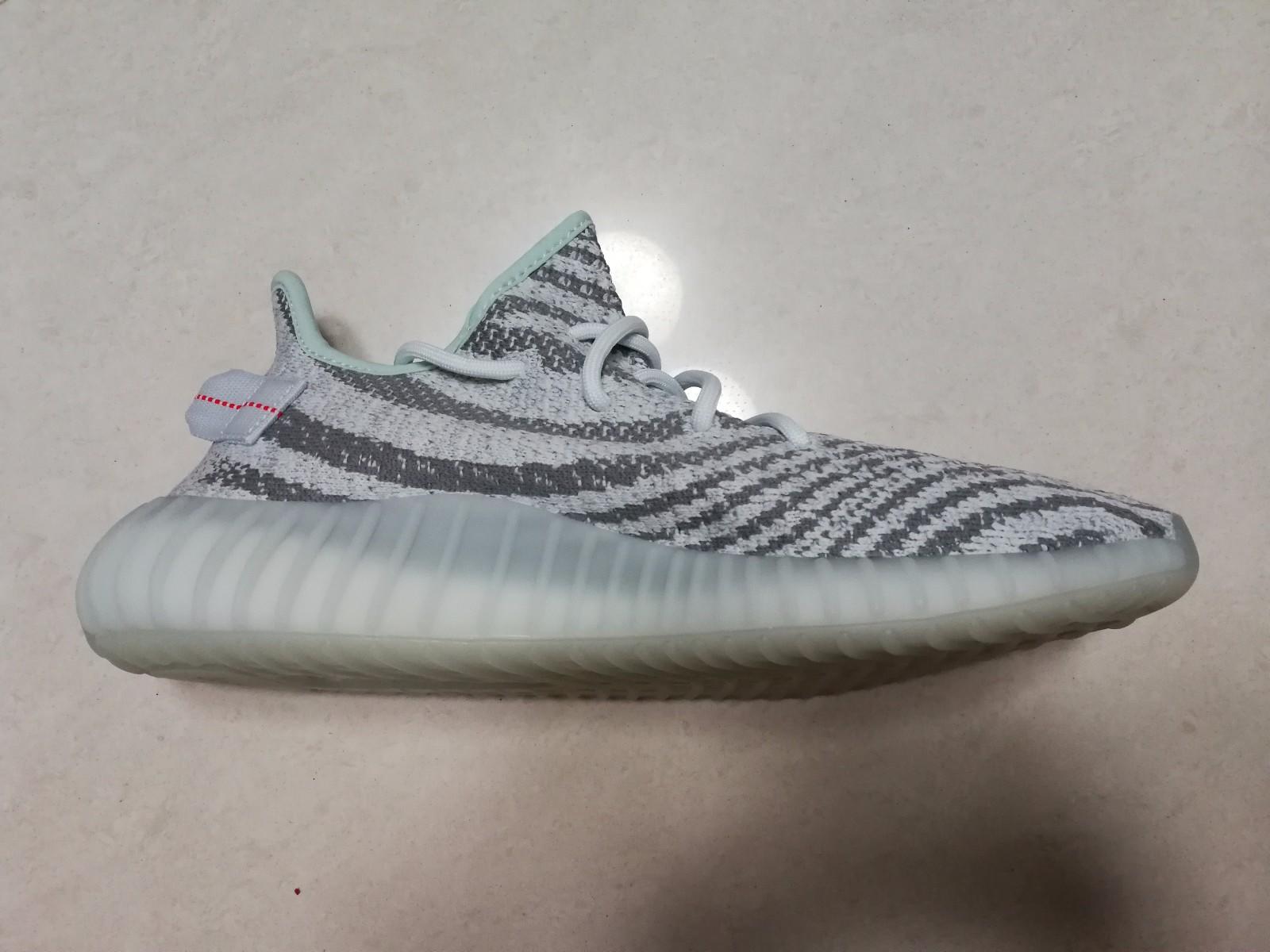 For the traction :it is ice blue rubber surround , the shoes is snug well . as we know , all of the yeezy boost used the same setting , it is comfortable and snug. 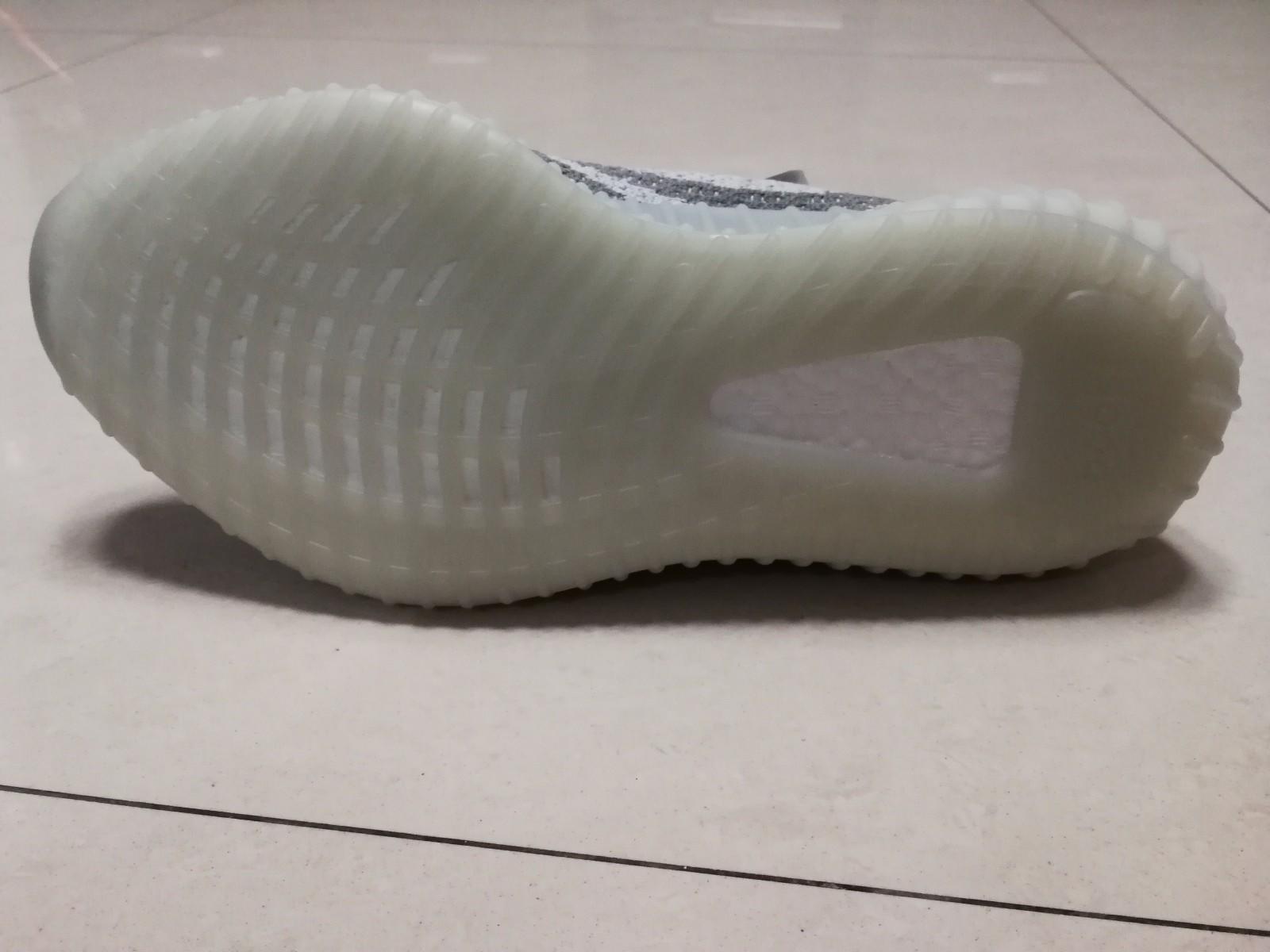 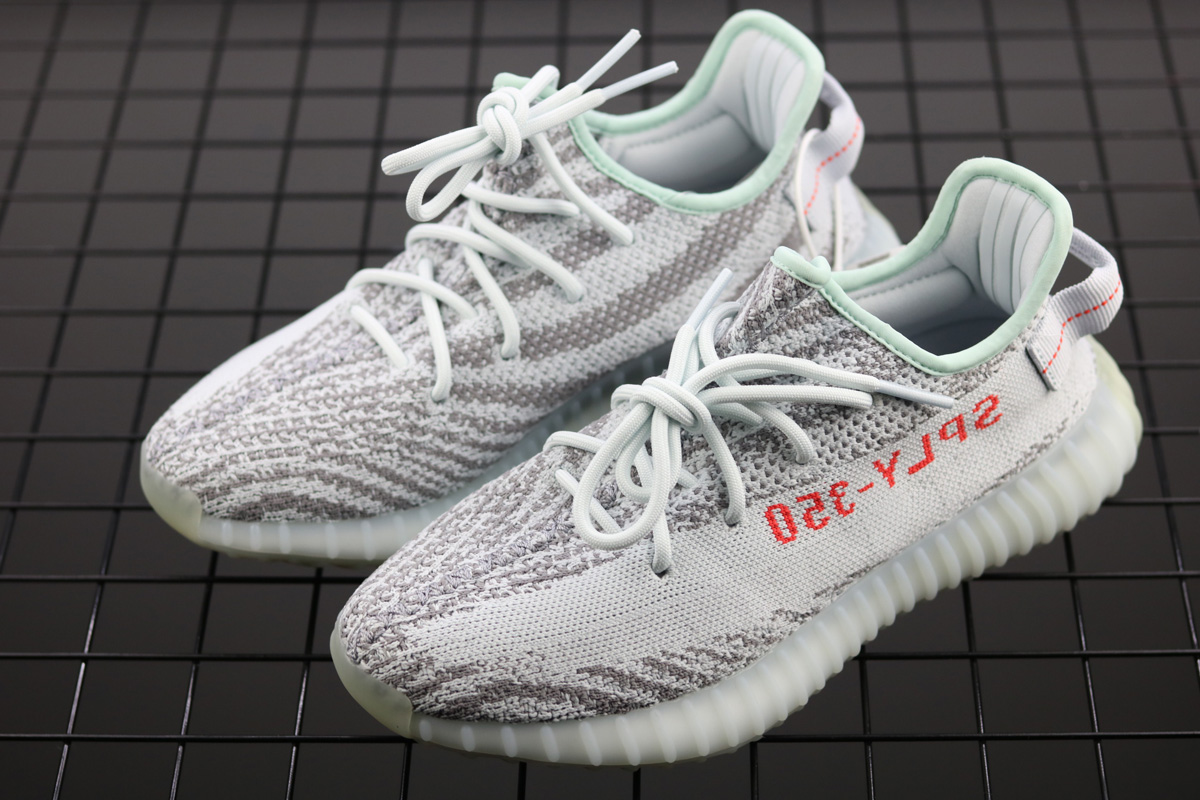 Overall, the whole pair of boost full of fashion and fresh before you have seen, compare with  yeezy 350 V2 Zebra  and V2 Beluga 2.0 and so on , so which one will you choose ?