Under Armour is ready to introduce a basketball-specific silhouette that blends the new platform with the specifics of the sport.HOVR itself is a blend of foam cushioning and an energy web, promising a bounce and feel unique to the industry.

We will check the performance today

The office said that it added focus on lock-down, containment, and stability should offer a supreme blend of comfort and support, while the breathable and lightweight package promises maximum speed by the player. 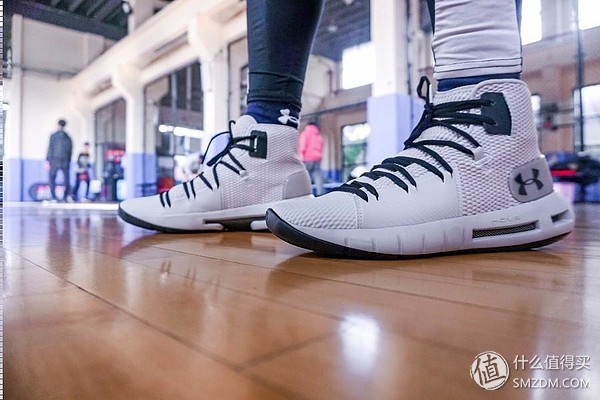 The Havoc, which is mainly made of rice and gray. The upper can be divided into two parts. The TPU is equipped with a TPU heat material to enhance the overall stretch resistance, and the tongue-to-sleeve mesh breathable  upper. It is also possible to reduce the overall weight of the shoe, and the external TPU rear support bracket helps to optimize the support. The rubber outsole is the most conservative and boring  designer this time which  a herringbone pattern, with  effectively strengthens the grip. 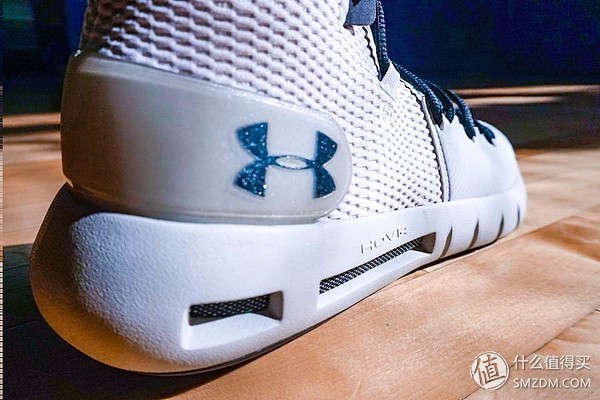 But to be honest, it is still very powerful. Havoc as a pair of high-top sneakers .First of all,it is true size , Usually wear NIKE us 10, and this shoe was fitting .  Plus a large area of heat melt upper material for the forefoot. Breathability can’t be expected too great, so Havoc’s continued combat capability can’t last longer. 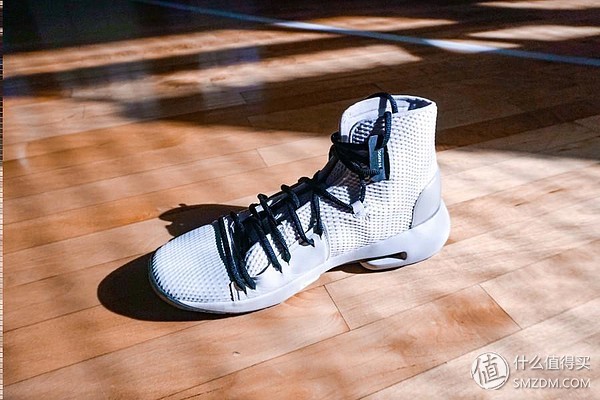 Having HOVR located from the heel to the midfoot doesn’t sound like it would be all that comfortable for those that primarily play on their toes, but I was impressed. Again, once broken-in the ride was slightly bouncy — but not to the point where I felt unstable.HOVR’s signature energy grid design is the best guarantee, and the shoes bring a soft rebound experience after each jump. The overall modulus of elasticity is not high. However, it is guaranteed that the athletes in each weight range can feel the presence of HOVR. The cushioning of the forefoot is weaker than the hind paw, which is in line with the current game play requirements.  everyone is different and some folks like a bit more bounce under the forefoot. For that I would have loved to have seen a thinner top layer of HOVR combined with the EVA underneath.Overall, Havoc’s cushioning effect is great . 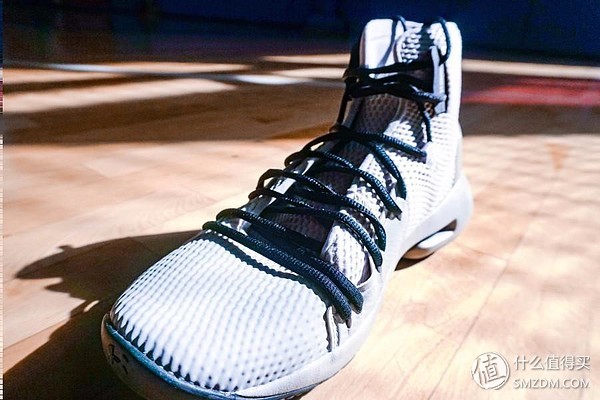 The HOVR Havoc is just as awesome outdoors, if not slightly more awesome, than it was indoors. The shoe has become one of my go-to outdoor options because it have provided me with reliable coverage. it actually awesome ,and the grip is great ,it can help a lot in the game .Herringbone is the way to go and herringbone is what UA uses more often than not. Yes, the brand tried something new on the Curry 5 and it didn’t quite work. 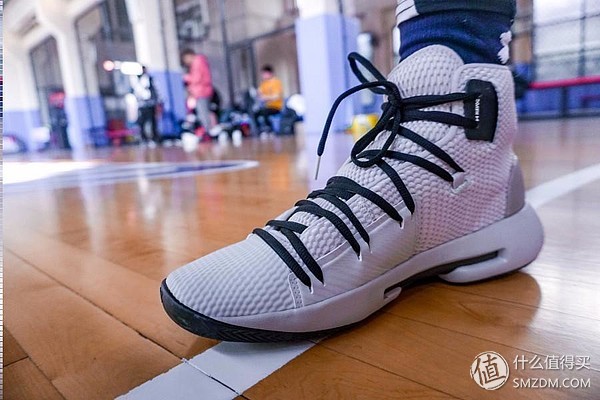 We hear and read it all the time, “Why do companies tell stories on the bottom of a performance shoe when you can’t see whatever lame story they’re trying to tell” ,yes, the shoe actually great too.Anti-twist ability, look at Havoc’s huge midsole anti-twisting support, you know it will not be bad, in the dynamic link, Havoc in the ankle and the midsole part can be very good against external forces. I don’t admit that I can’t even do a good job of resisting twisting ，except the Kobe AD 2018. 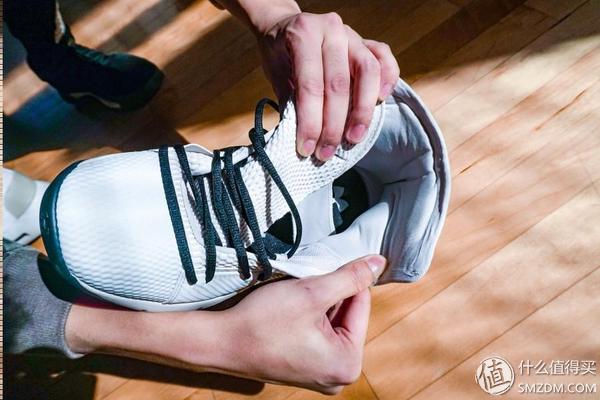 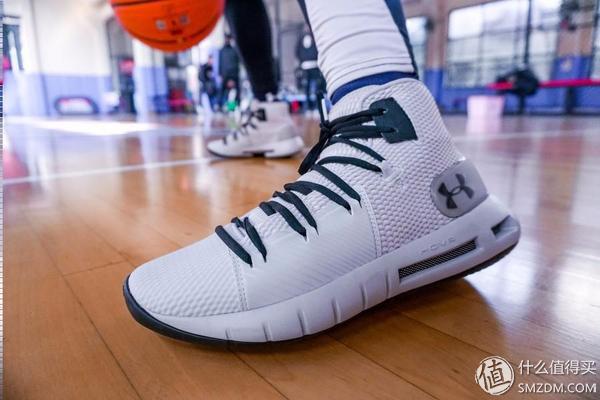 For the wrapping : the wrapping actually great .The grip function, although we just spit Havoc’s friction pattern is nothing new. However, in terms of functional performance, the herringbone pattern really does not have black. The emergency stop and start of various angles, Havoc’s friction feedback on the wooden floor is  rapid, although the expansion of the outsole is not obvious. But the rollover prevention is also very good. Havoc’s grip is the most prominent performances. 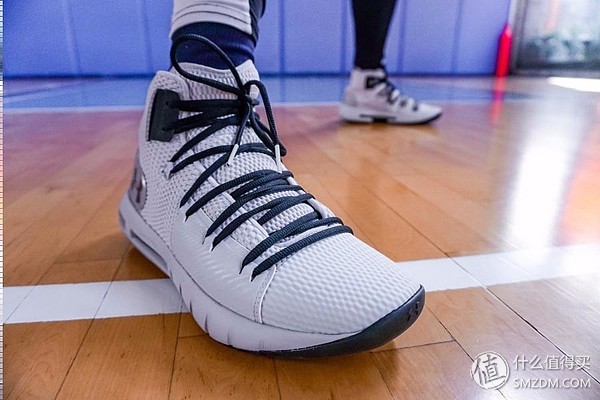 To be honest, although it has a hot melt upper with a TPU forefoot, the design of the shoelace is very reasonable, and the high-top design Havoc can get a high score. And it is also suitable for more people. But as a pair of high price, there is no length boot, just the elastic band of at the bottom of the tongue. This is really a bit unreasonable. The shoelaces really make up for the lack of hollowness in the inner boots, but there is always a slip in the havoc’s tongue, which makes us felt bad. 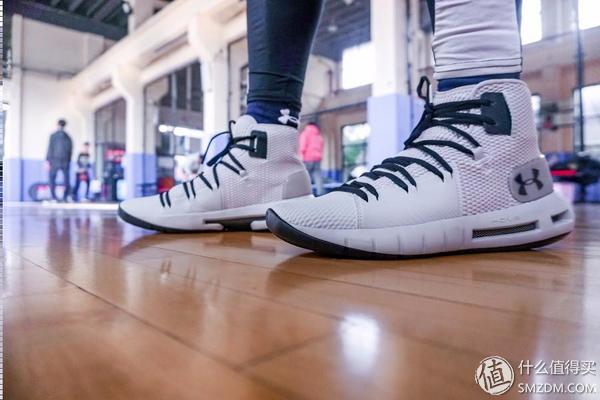 Overall :With a TPU carrier for the visible midfoot section of the HOVR cushion.and the look also cool ,the supporting also great . I have to say I like this shoe very much ,though I dont like the traction part .