As the summer approaches, many a people can not bear the burning hot days, not to mention those who exercise in outside floors; hence, this adidas CLIMACOOL rises in response to the time and occasion. As one of Adidas’ typical running shoes, the CLIMACOOL always does its best to satisfy its consumers. And I’ve got to tell the truth that the CLIMACOOL offers the best breathability. The majority of the reviewers shared that this pair delivers excellent ventilation. It is the best I’ve ever seen in this aspect. So beyond question, it becomes one of the most popular sneaker. Generally, the preference felt toward a sneaker usually spreads to the whole series to which the sneaker belongs. And according to the data, CLIMACOOL series has become most people’s preference in summer since 2002. Then for this pair, it has been greatly improved in many respects, such as the materials used in upper, the shoe type and so on. All in all, all these efforts are to shake off some runners’ burden and let them feel comfortable. 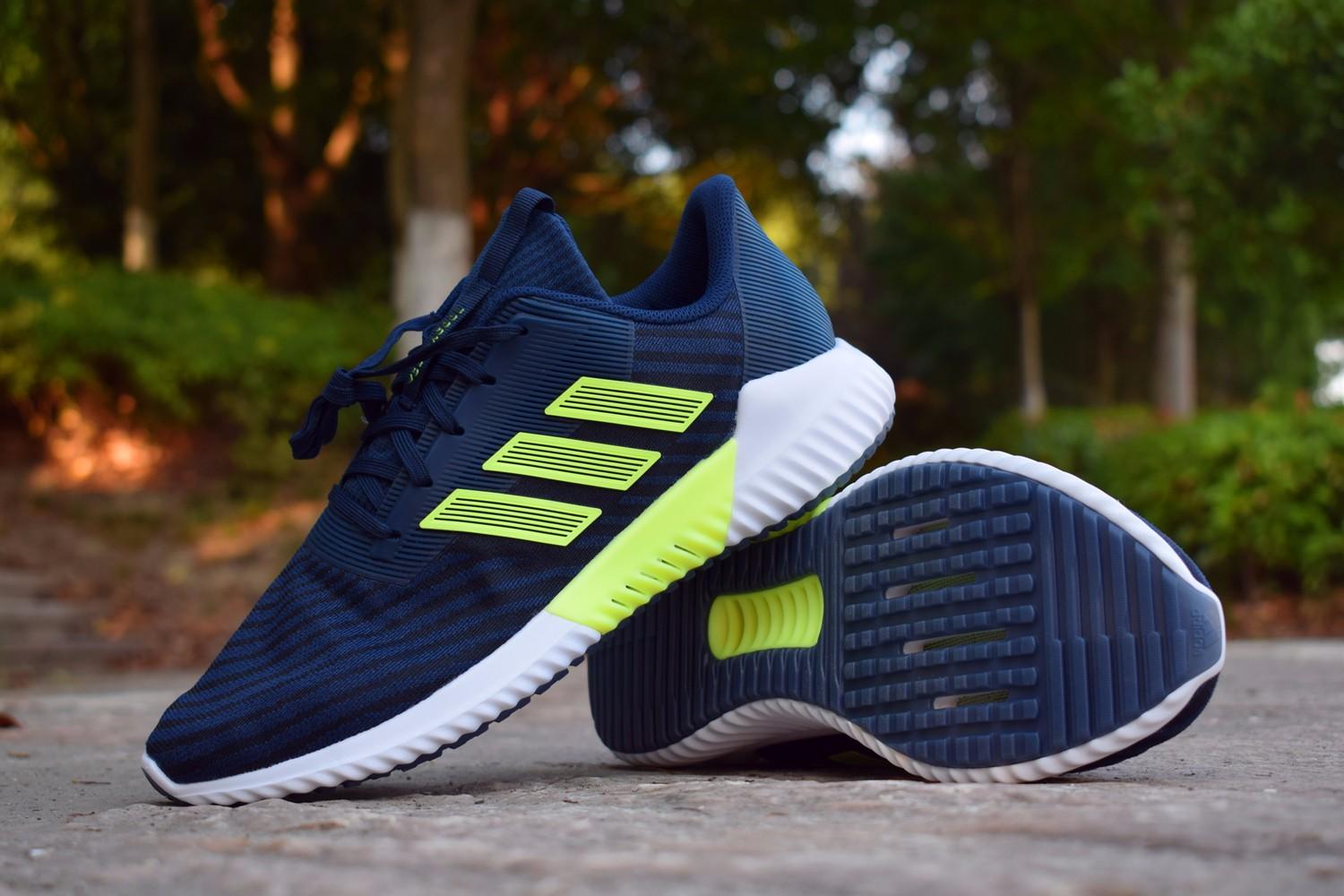 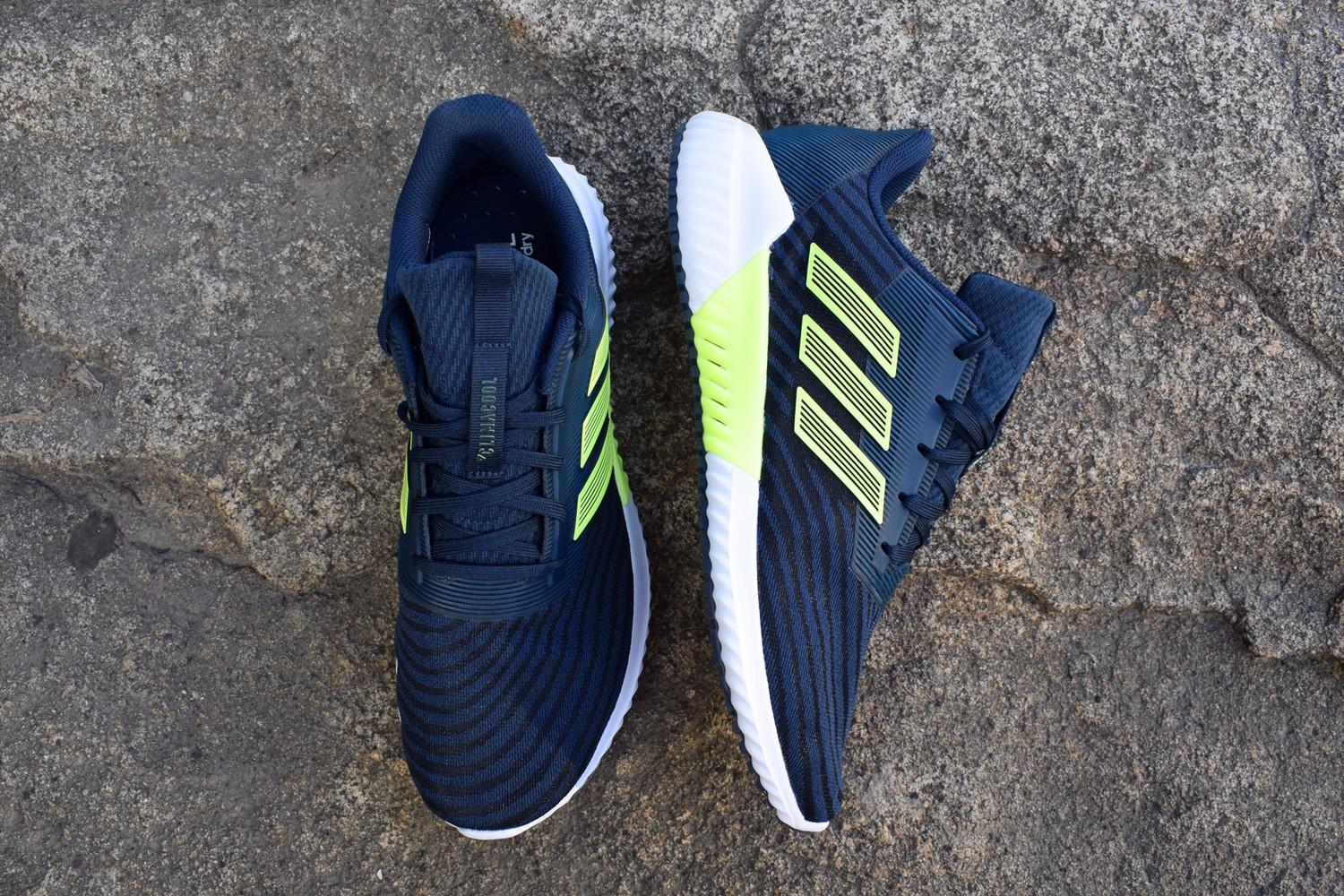 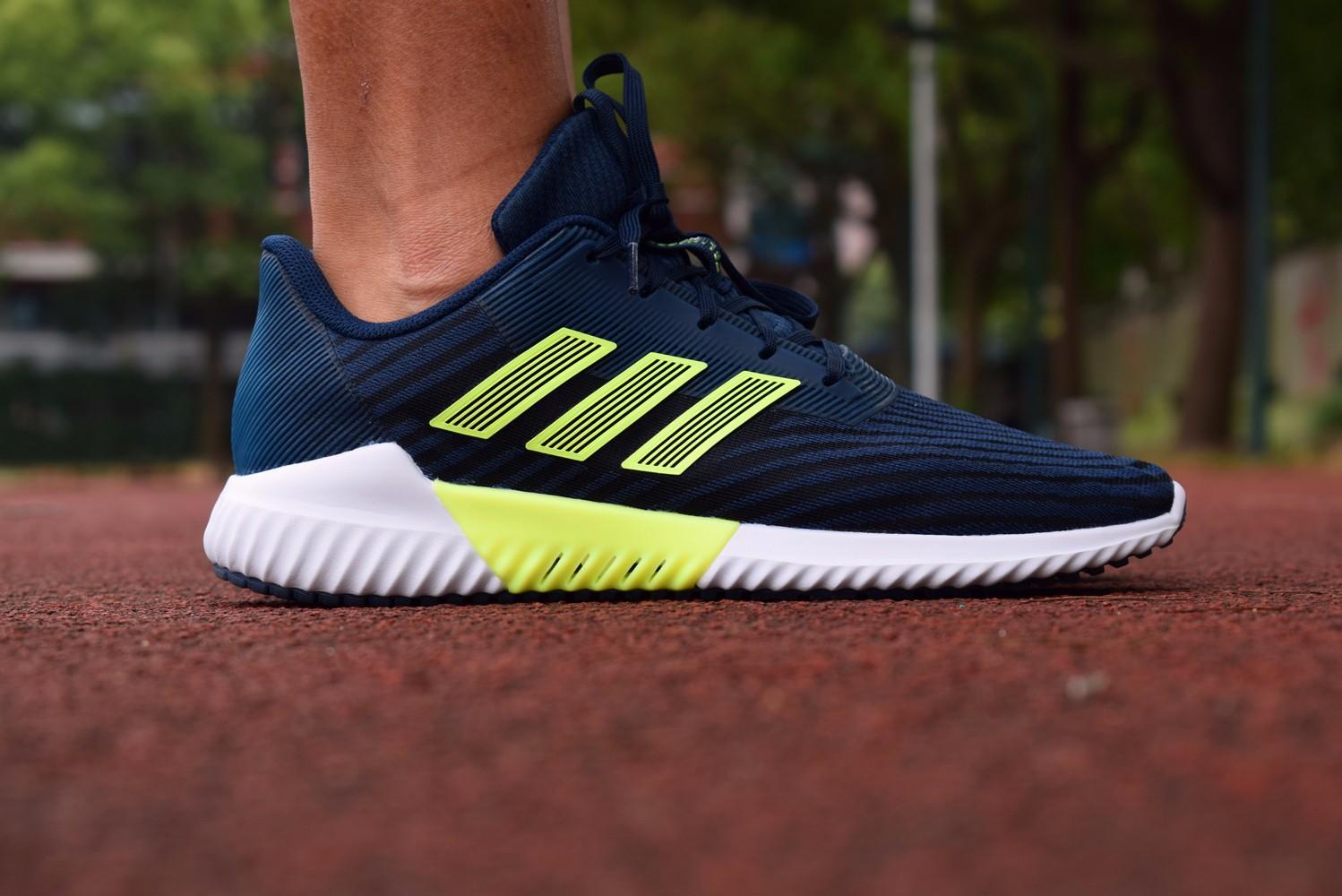 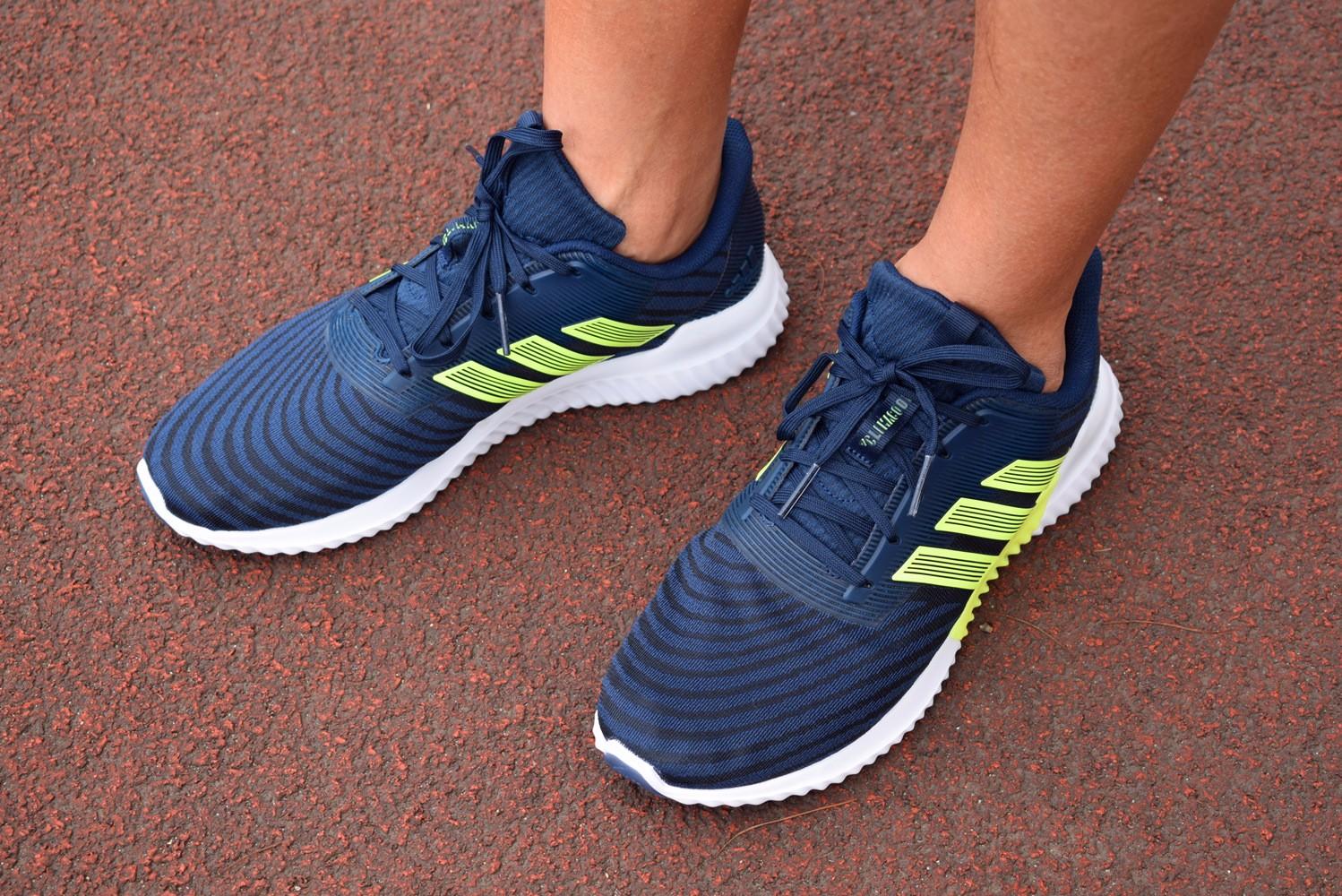 The colorway of this Adidas CLIMACOOL is navy blue matching the fluorescent yellow. Personally, the appearance of Adidas CLIMACOOL series is never too old nor too cold. It features a three-layer breathable mesh upper thus delivering excellent ventilation. Though the upper is light soft and breathable , support won’t be absent. At the side, the curved pattern will let us think of the ripples which adds some feeling of movement to the shoe. The black stripe has a two-layer structure, and a small amount of filler is interposed between the inner and outer layers of the navy blue stripe. 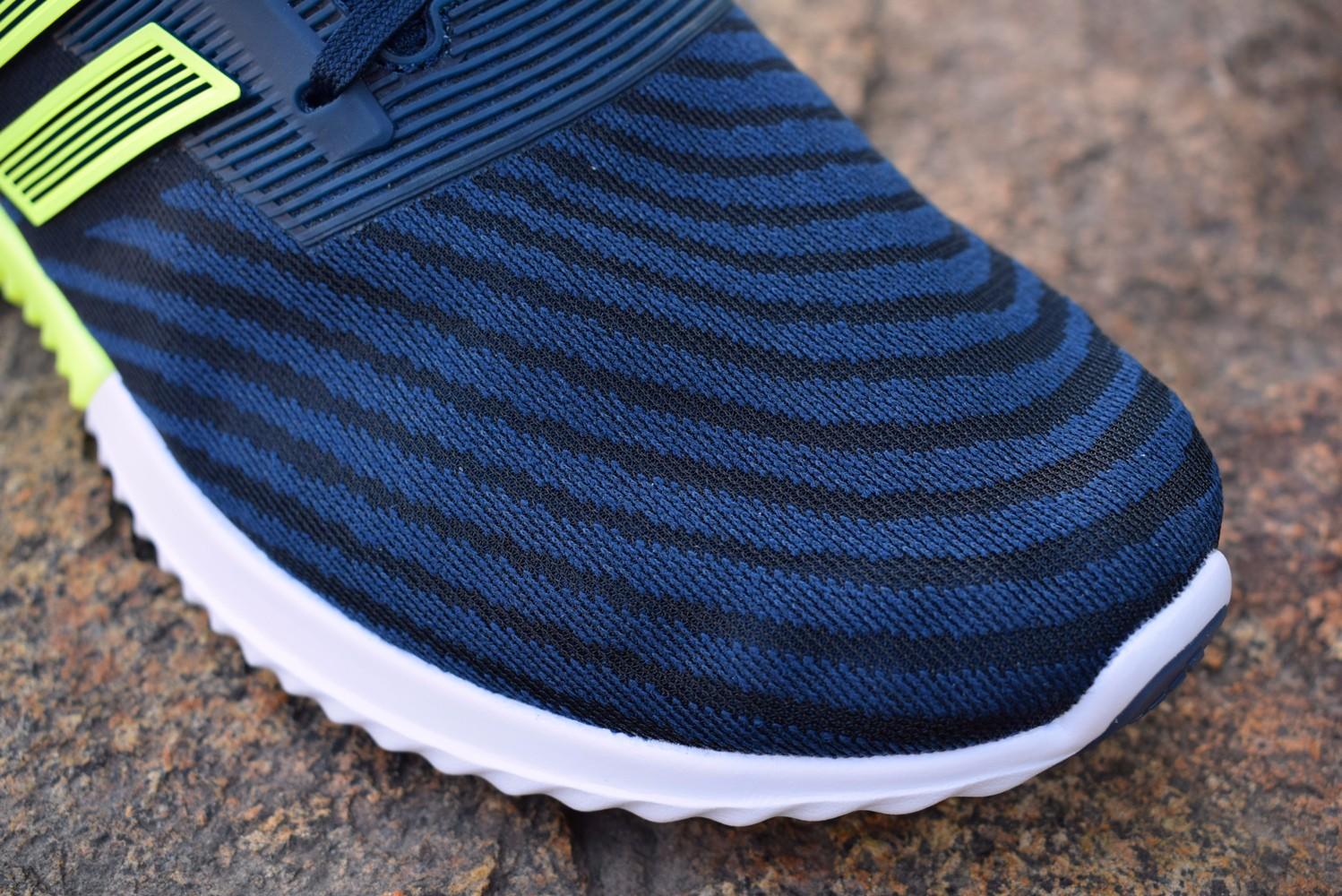 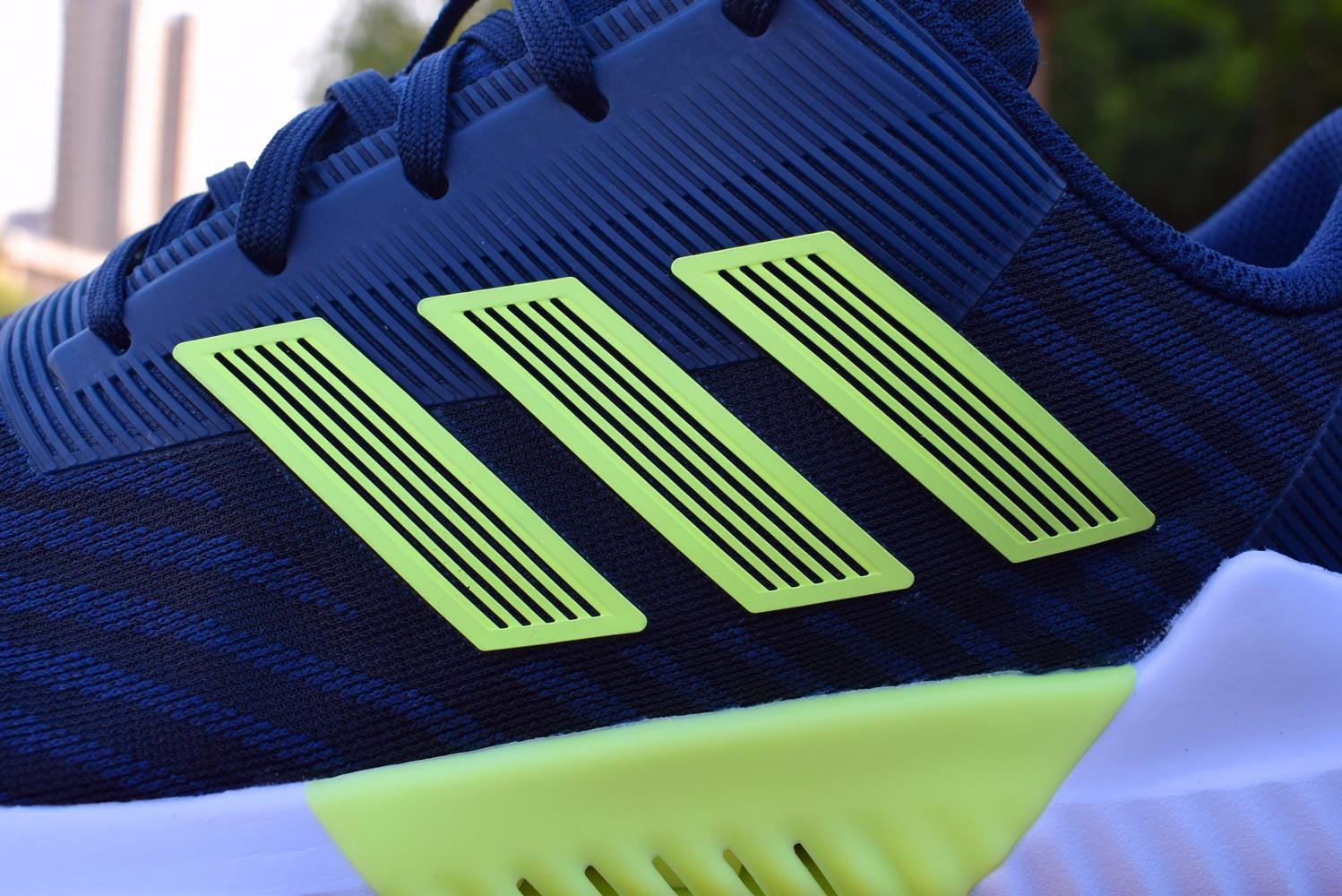 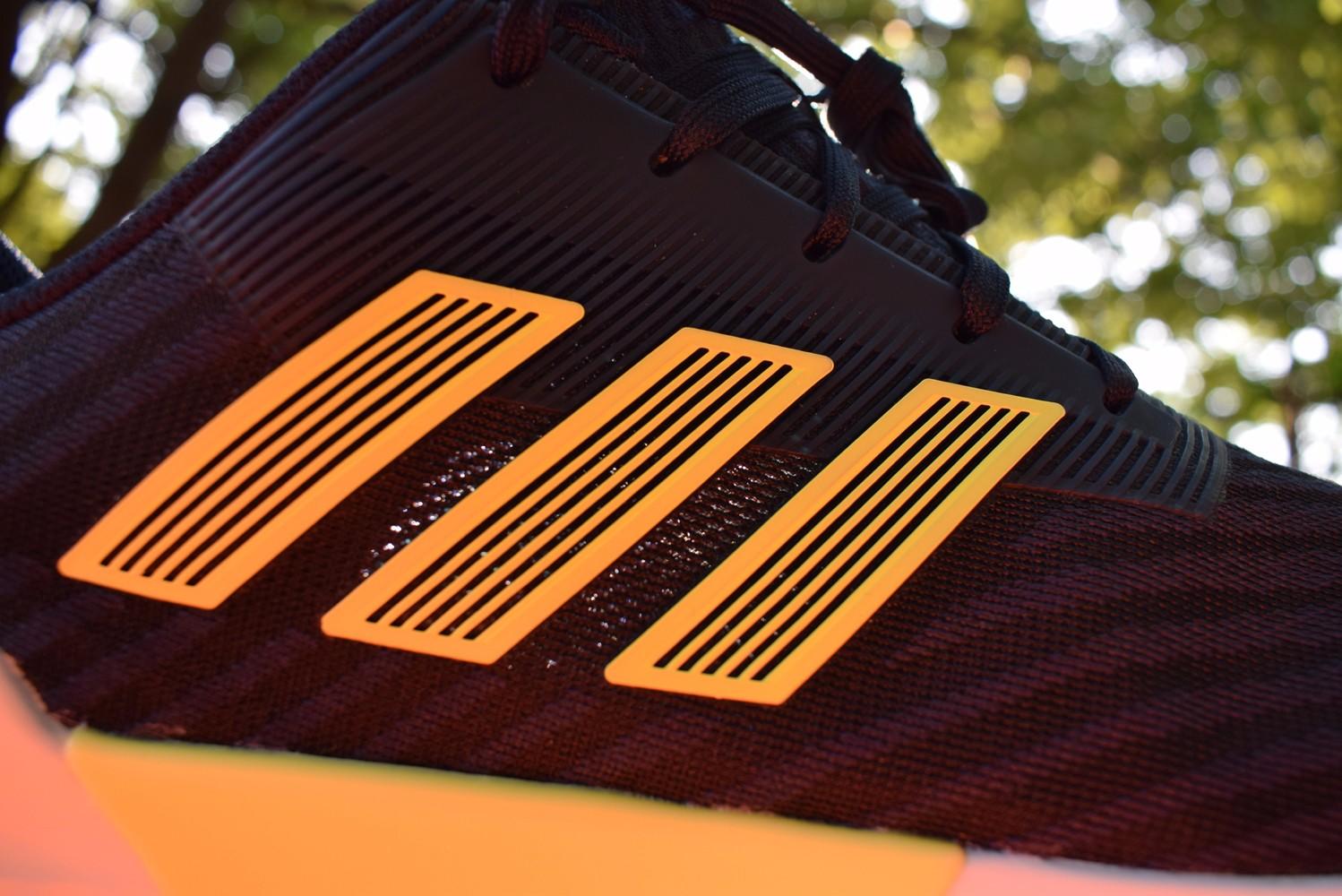 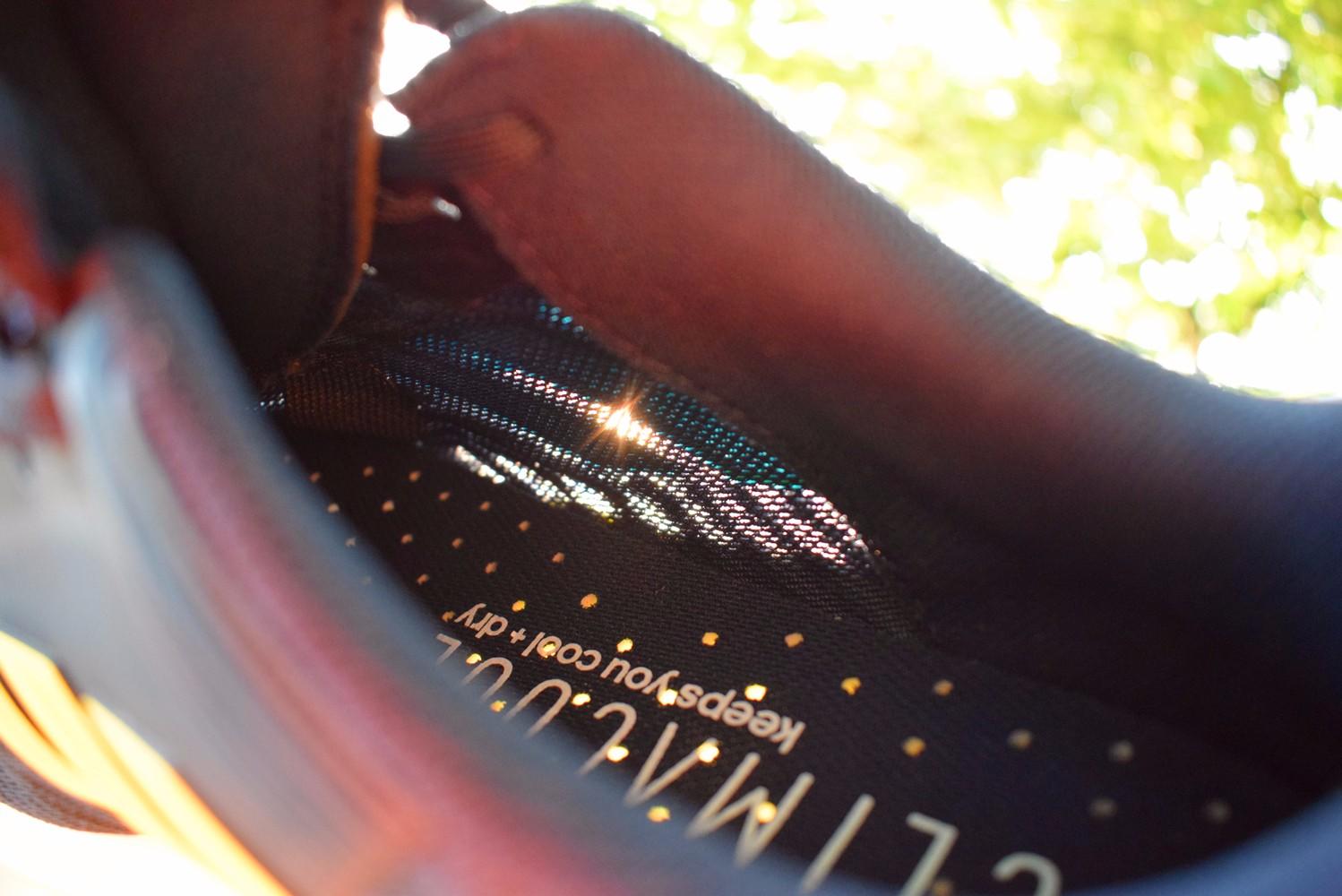 Still, there is the Adidas logo in the heel part. And CLIMACOOL also installs a hollowed MONO yarn so as to create an area that is extremely cool and breathable. On top of that, the three-bar LOGO, made of  TPU material,  has a certain degree of support for the upper. 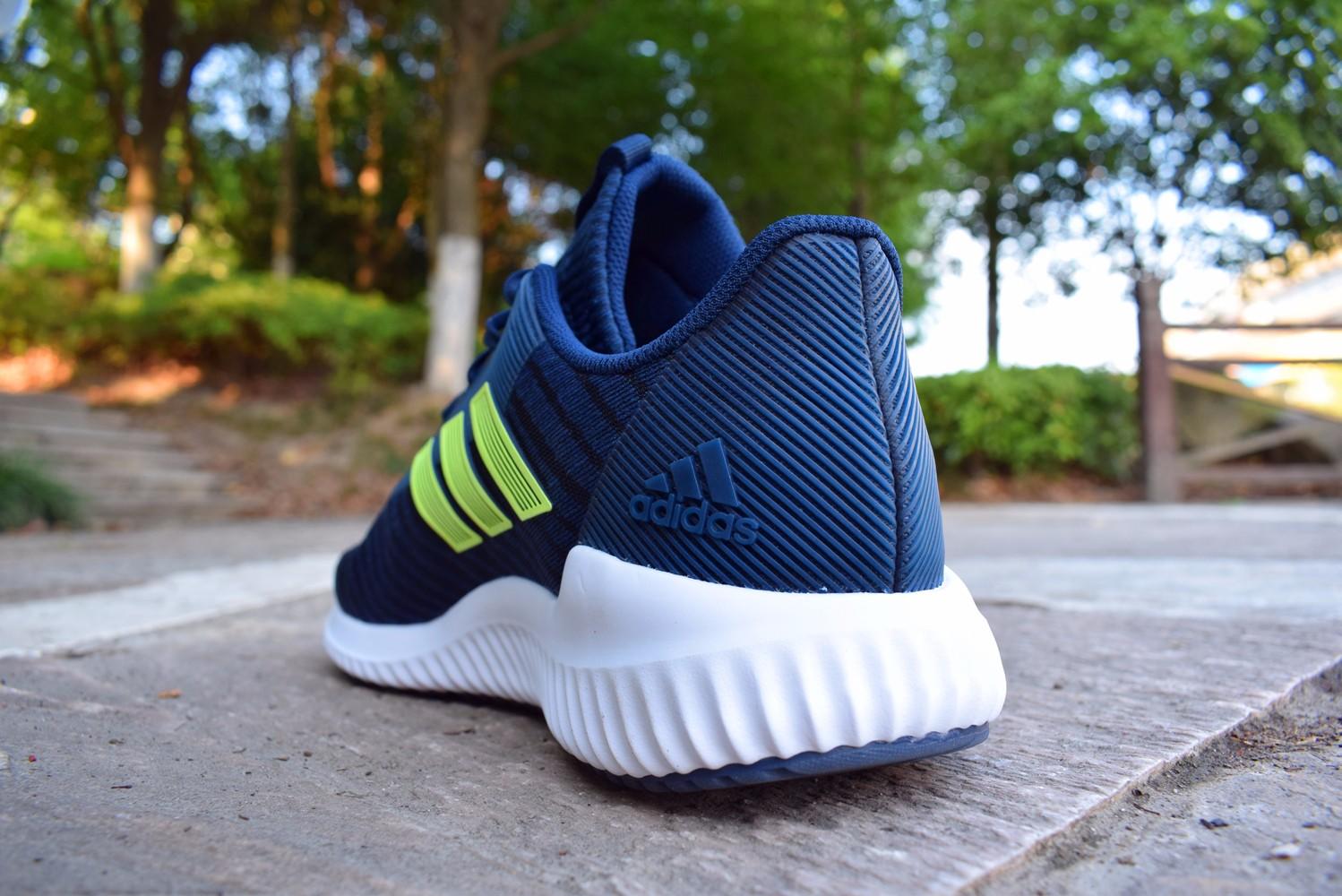 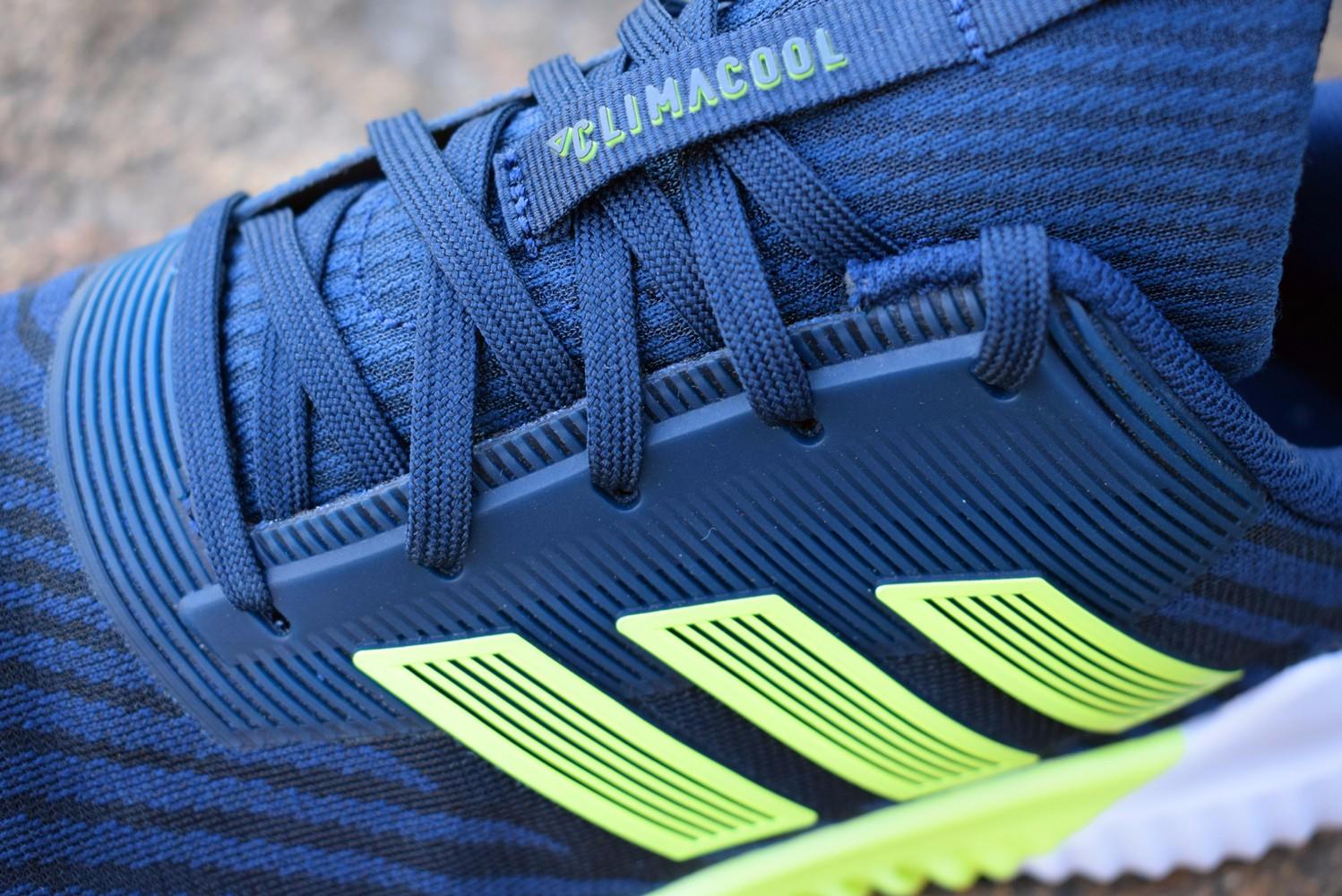 For the lacing system, it uses the flat one which laces easily while the longitudinal strips  form the tongue setup. 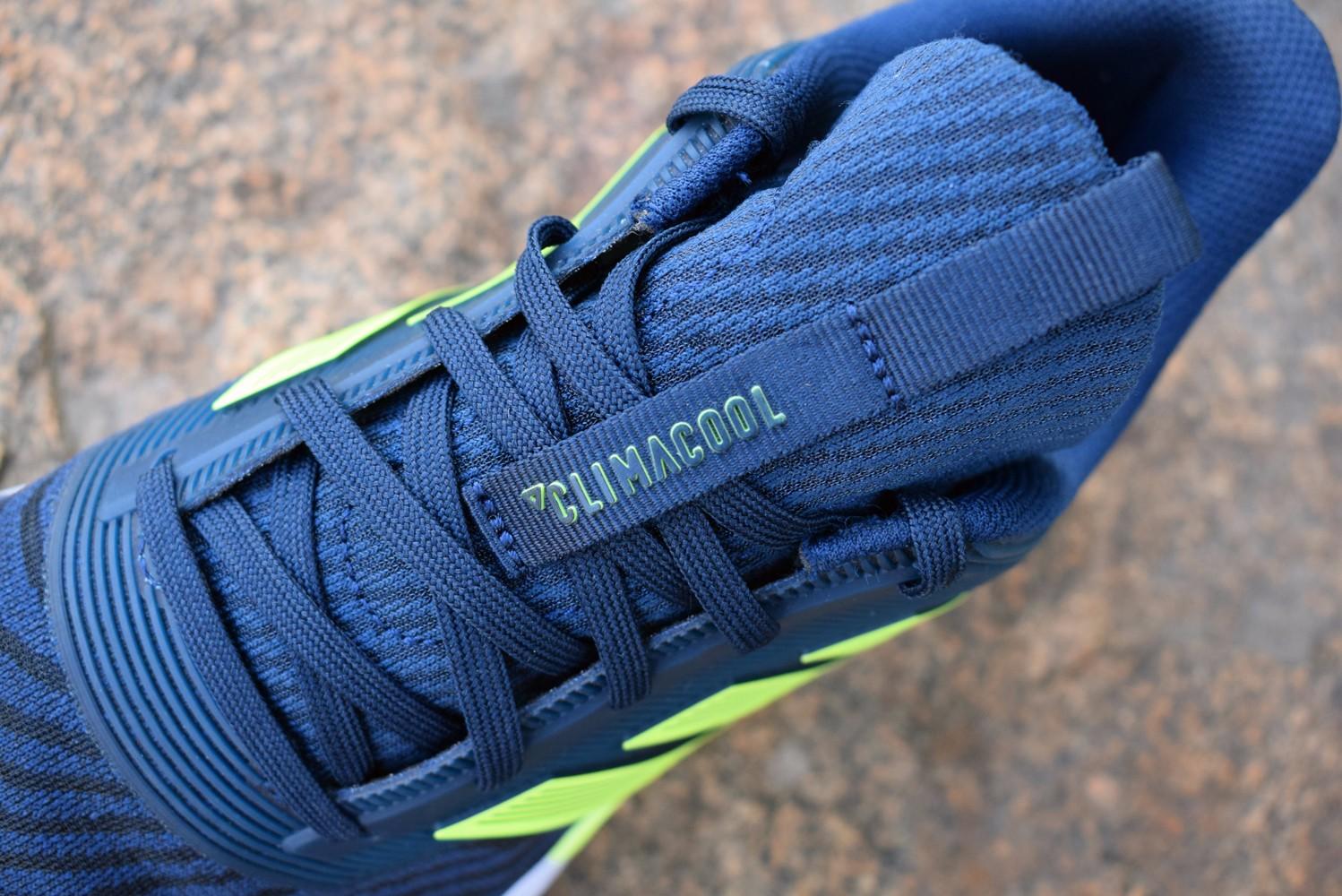 The “CLIMACOOL” in the inner part again shows the series the shoe belongs to. 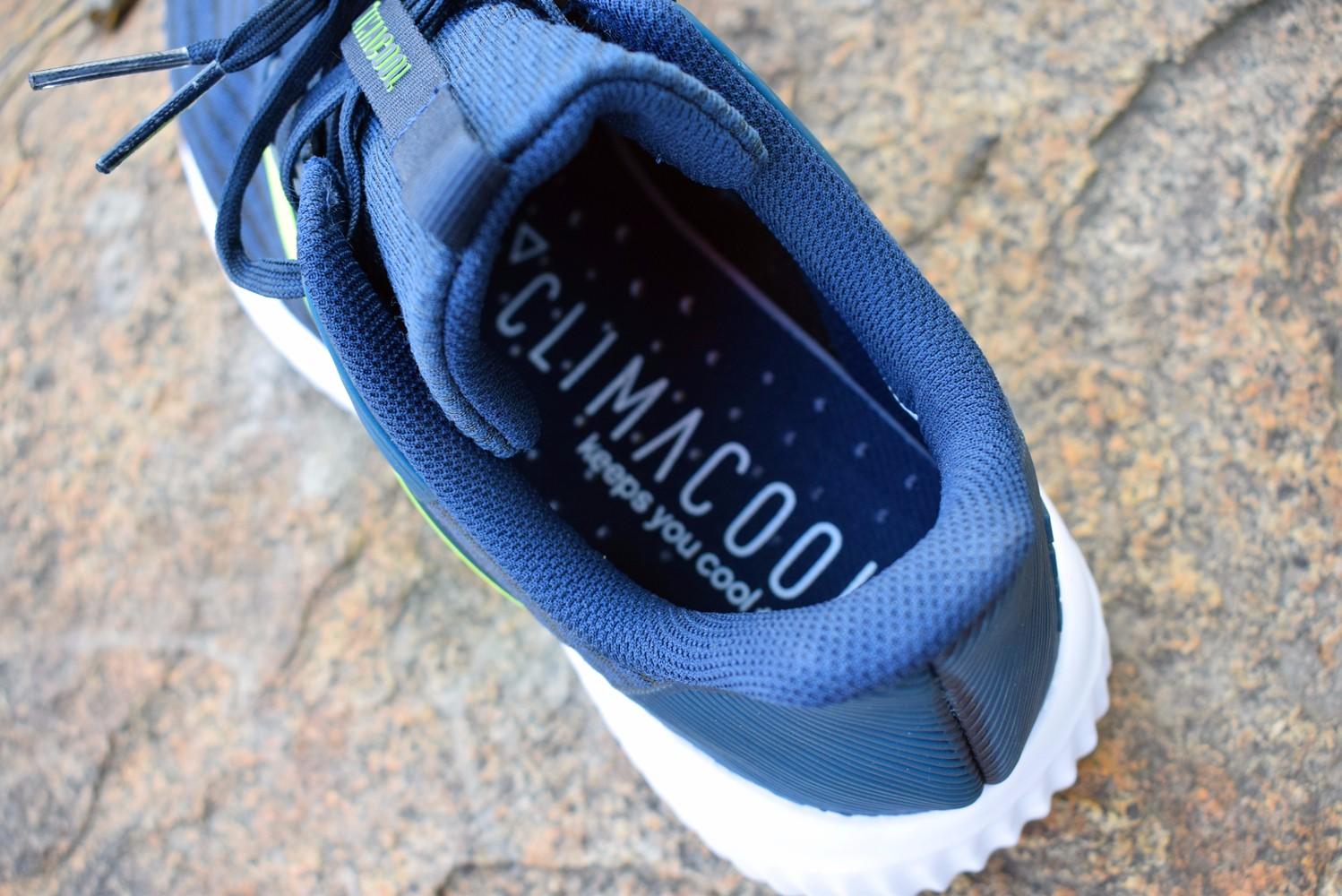 The upper is a bit loose and there is spare room for your foot in the forefoot, but the lacing system and the TPU in the middle compensate for this. To tell you the truth,  I hadn’t expect it to perform very well. Before my review, I read some other testers’ articles. I had credited what they remarked and thought I would run into the same feelings that they had. But during my tests, it just turned out to be quite satisfying. Even though there is extra space in the forefoot, I’ve never come across any slipping. 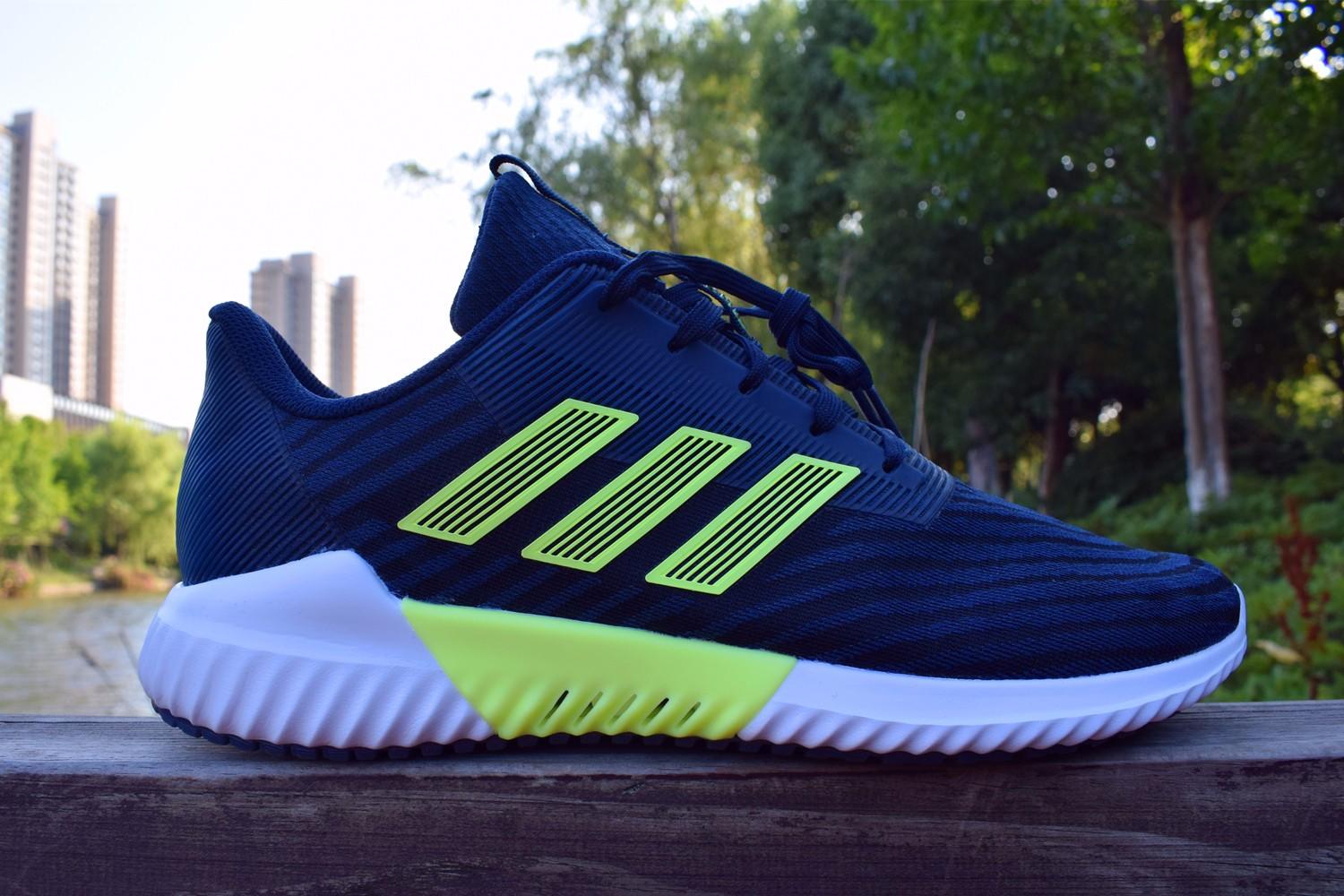 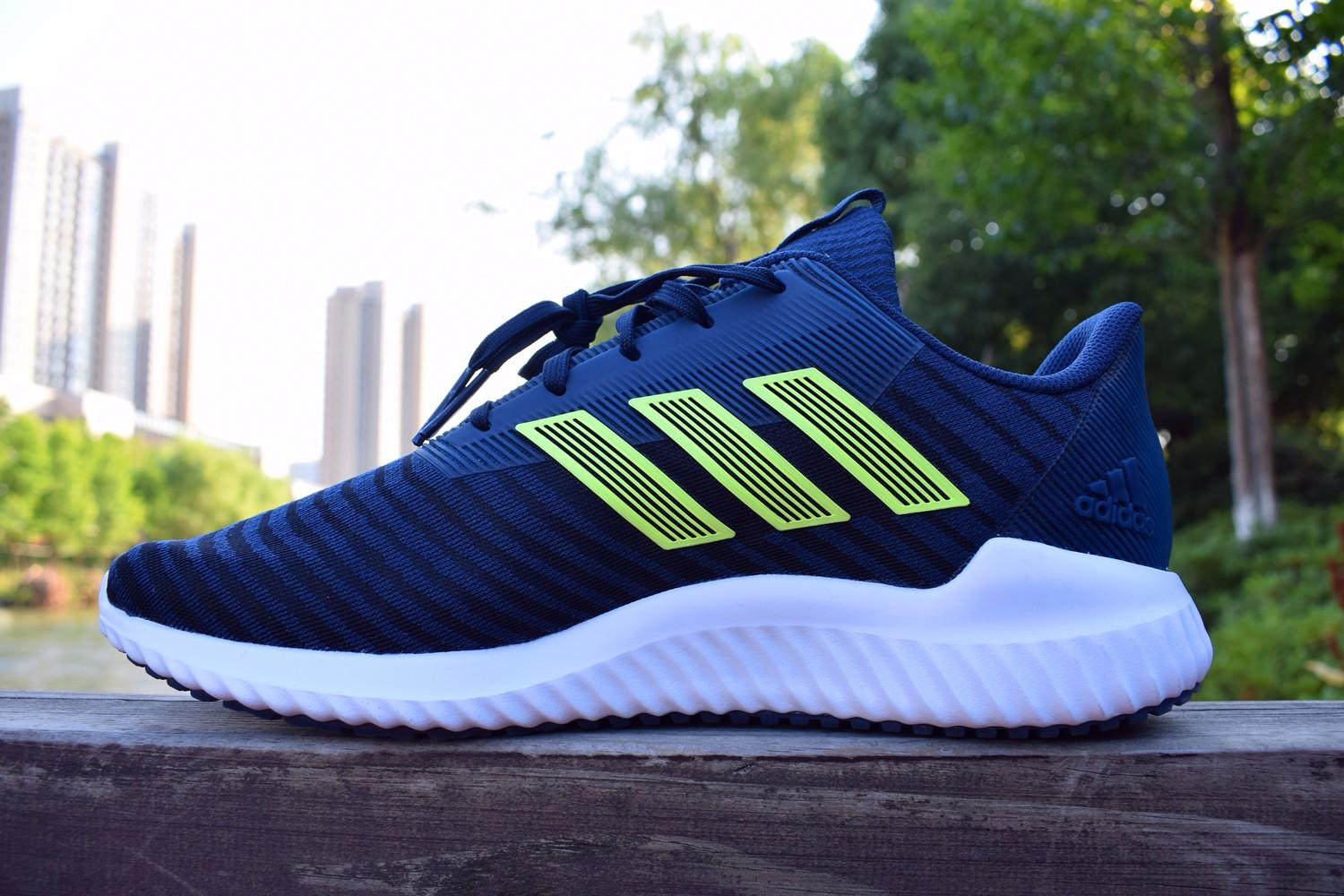 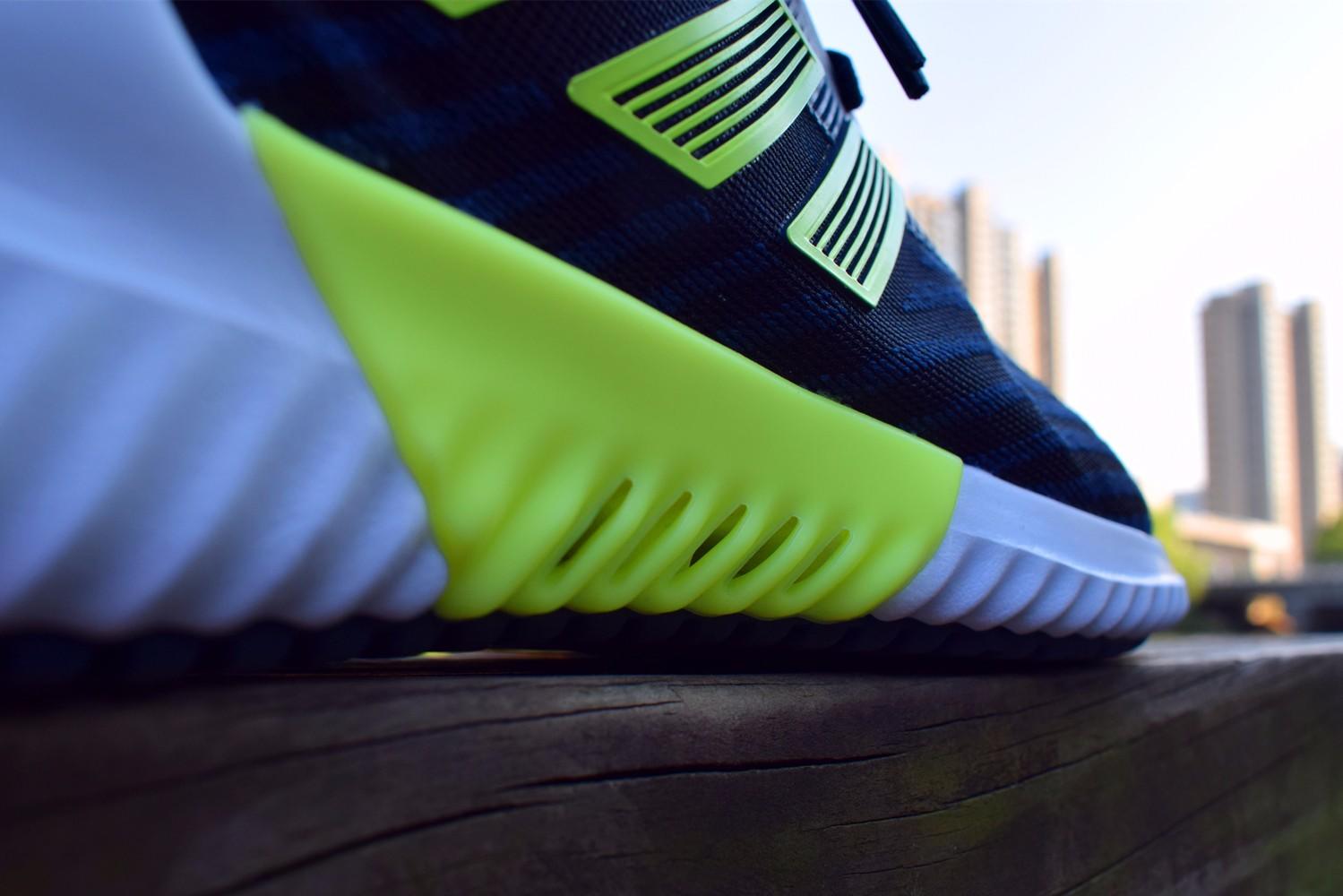 Well, I’ve mentioned many times that  this pair delivers excellent ventilation. The designer has, as it were, tried diverse methods to maximize ventilation. The breathability is guaranteed wherever the designer can think of. “Keeps you cool+dry” is the mission of the series. So don’t get shocked when you  find that even the outsole is hollowed. Looking at the images, you can see there are several “holes” in the sole. For all the “holes”, the traction can still perform very well. Along with the “holes”, the other frictional stripes makes up of the outsole. In many kinds of grounds, say, the cement floor or the wood floor, it hugs them super well. When there are accelerations or emergency stops, you will know then it works best at times as such. And if you like running outdoors, you should bear in mind that your socks may get “black” as it invites much dust to its surface through the “holes”. 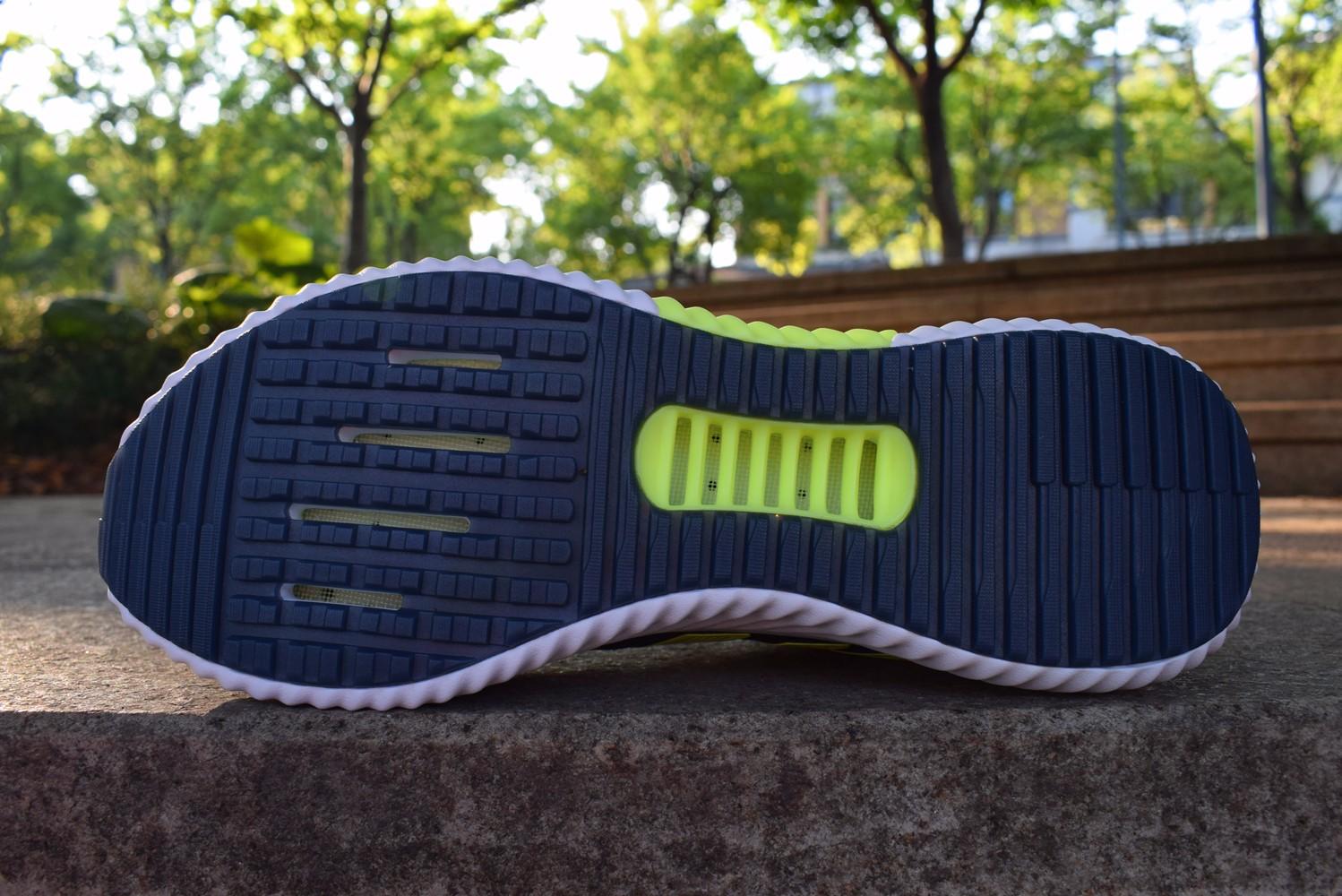 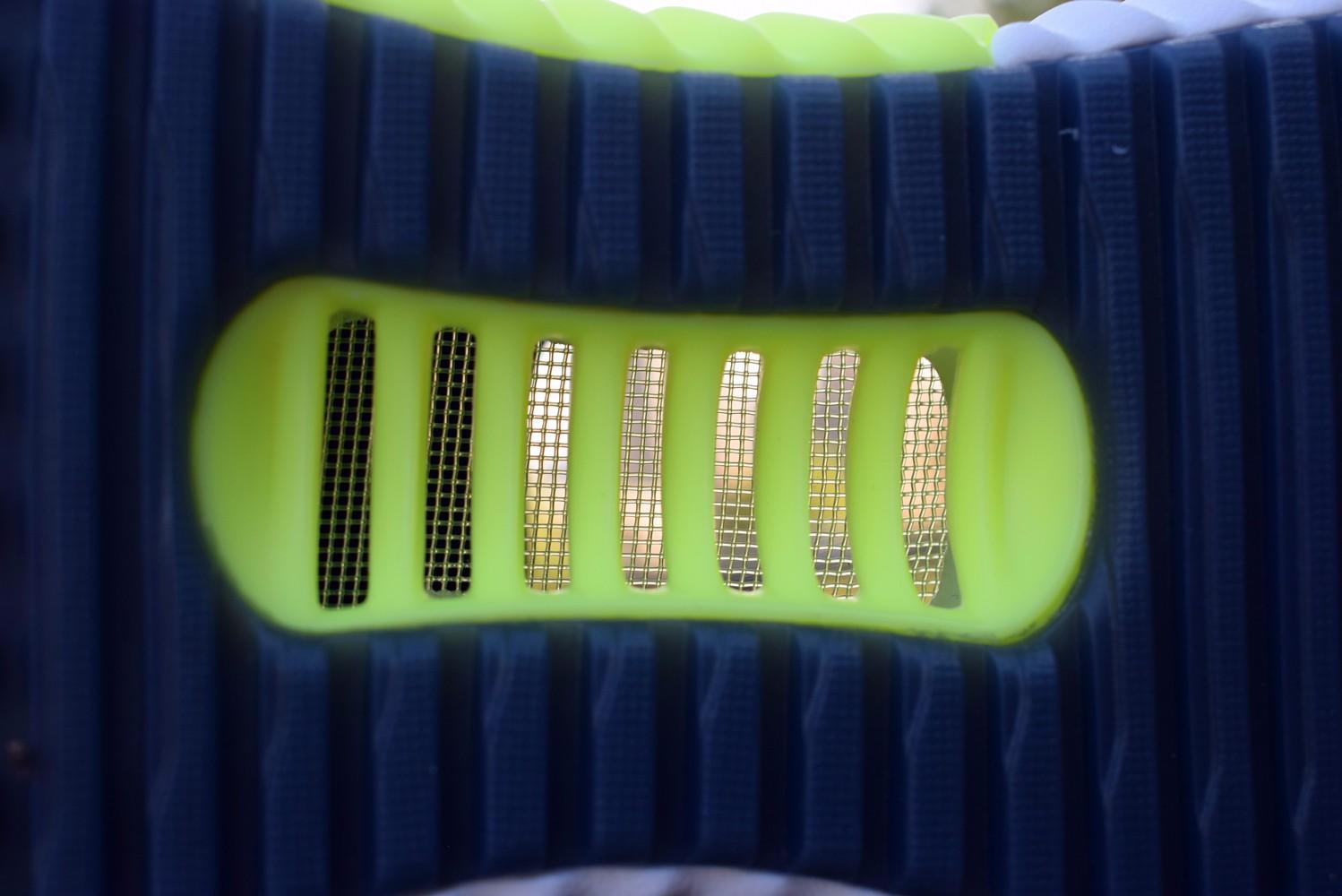 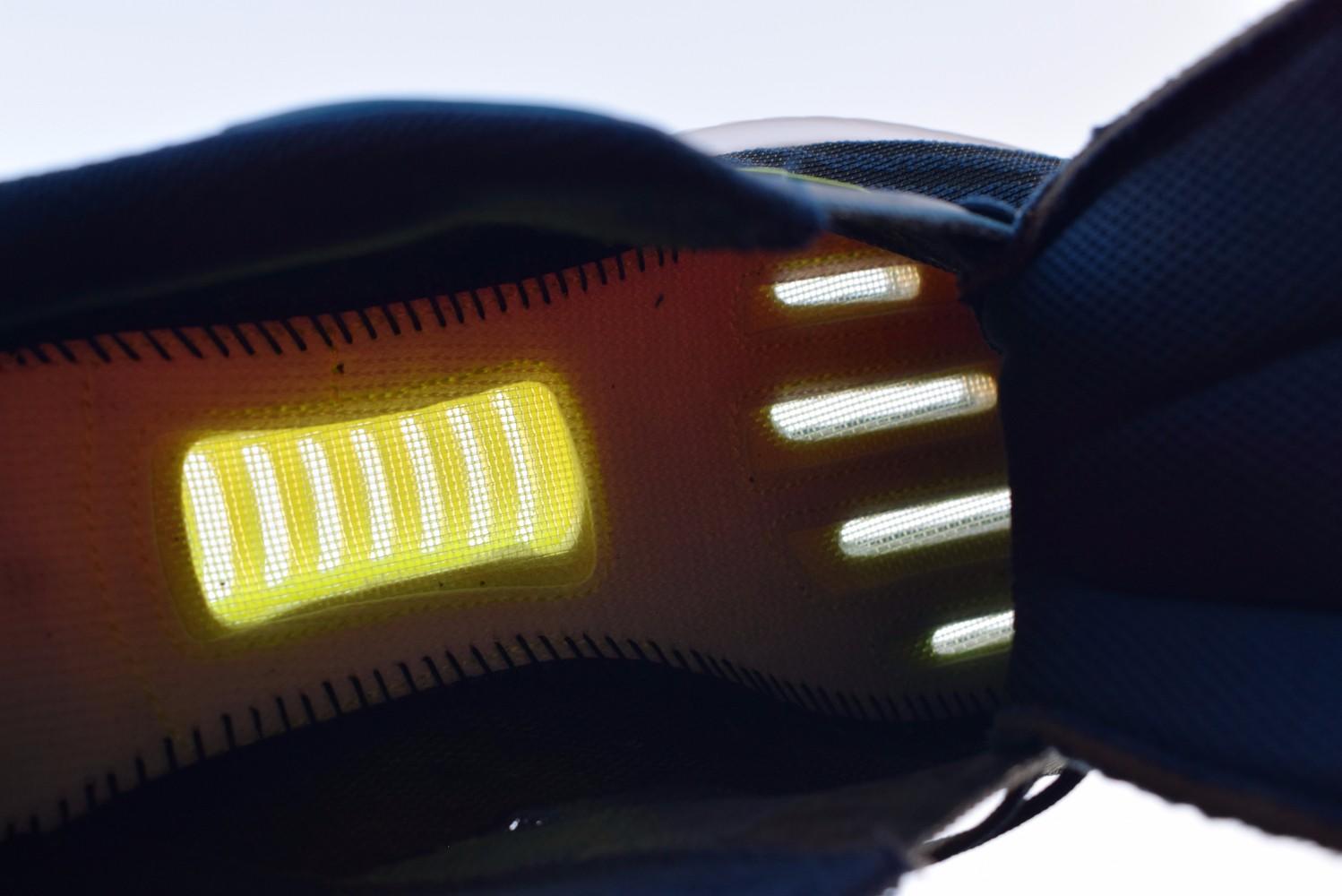 The Torsion System anti-rotation piece embedded in the midfoot ensures the stability of the  shoes. 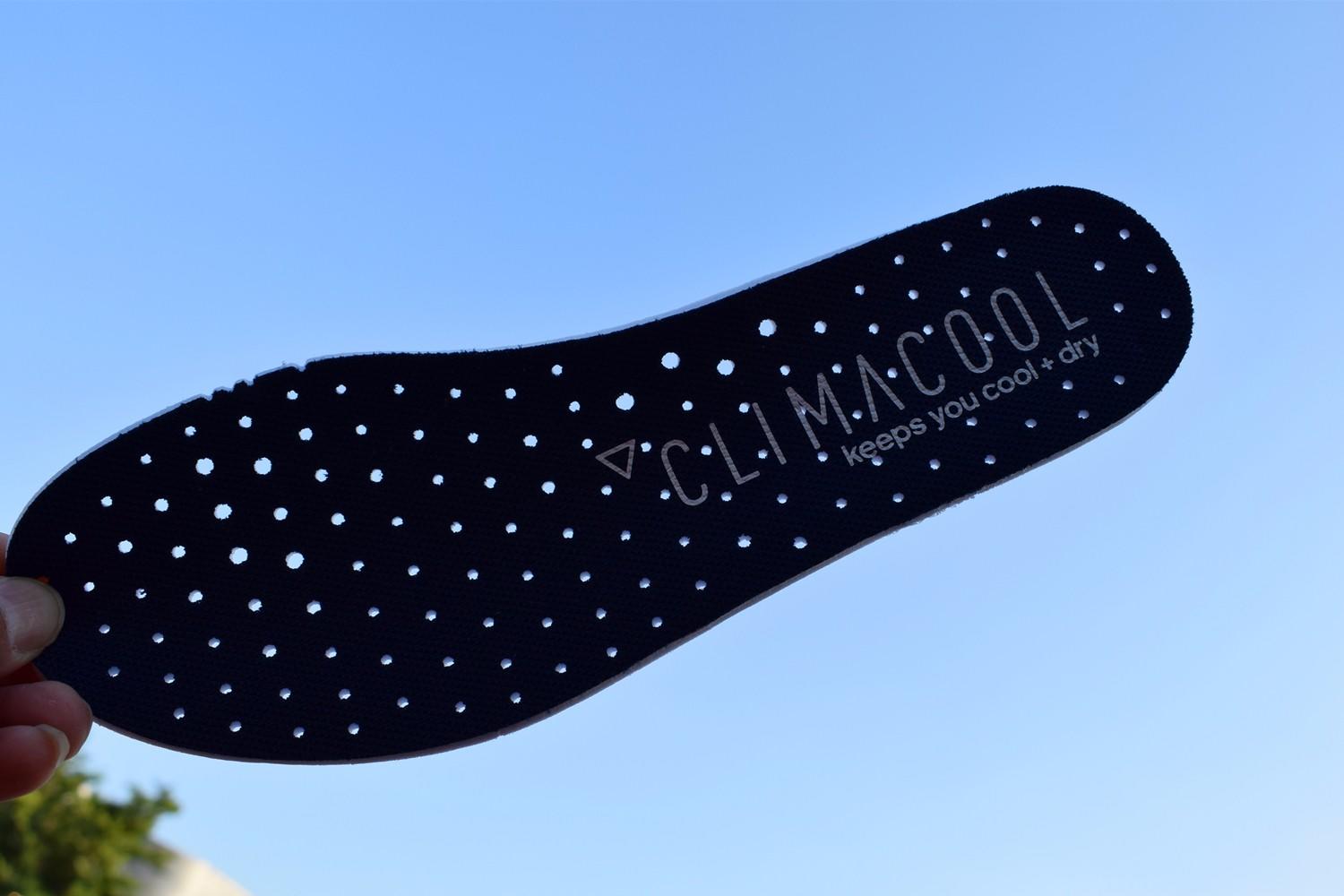 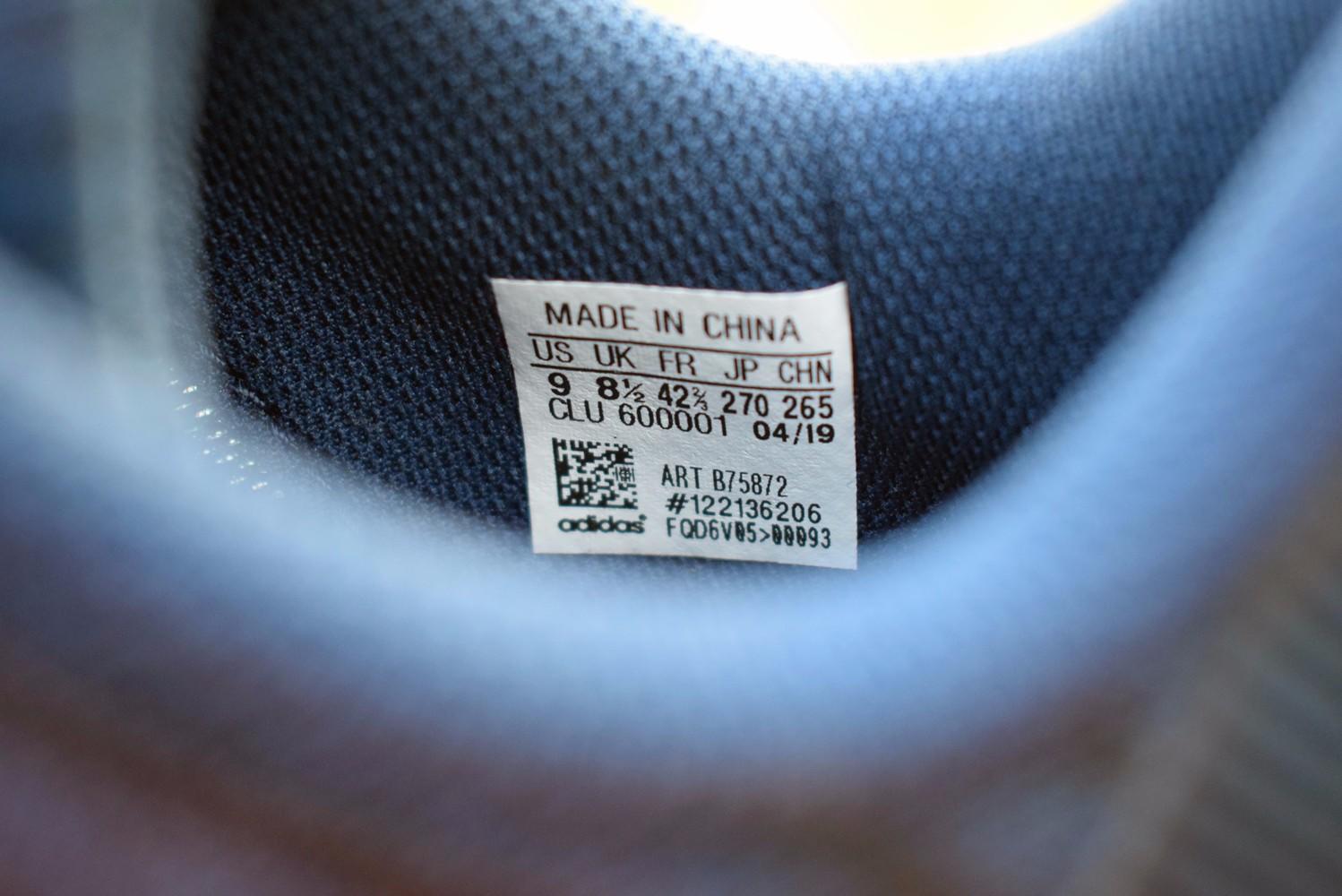 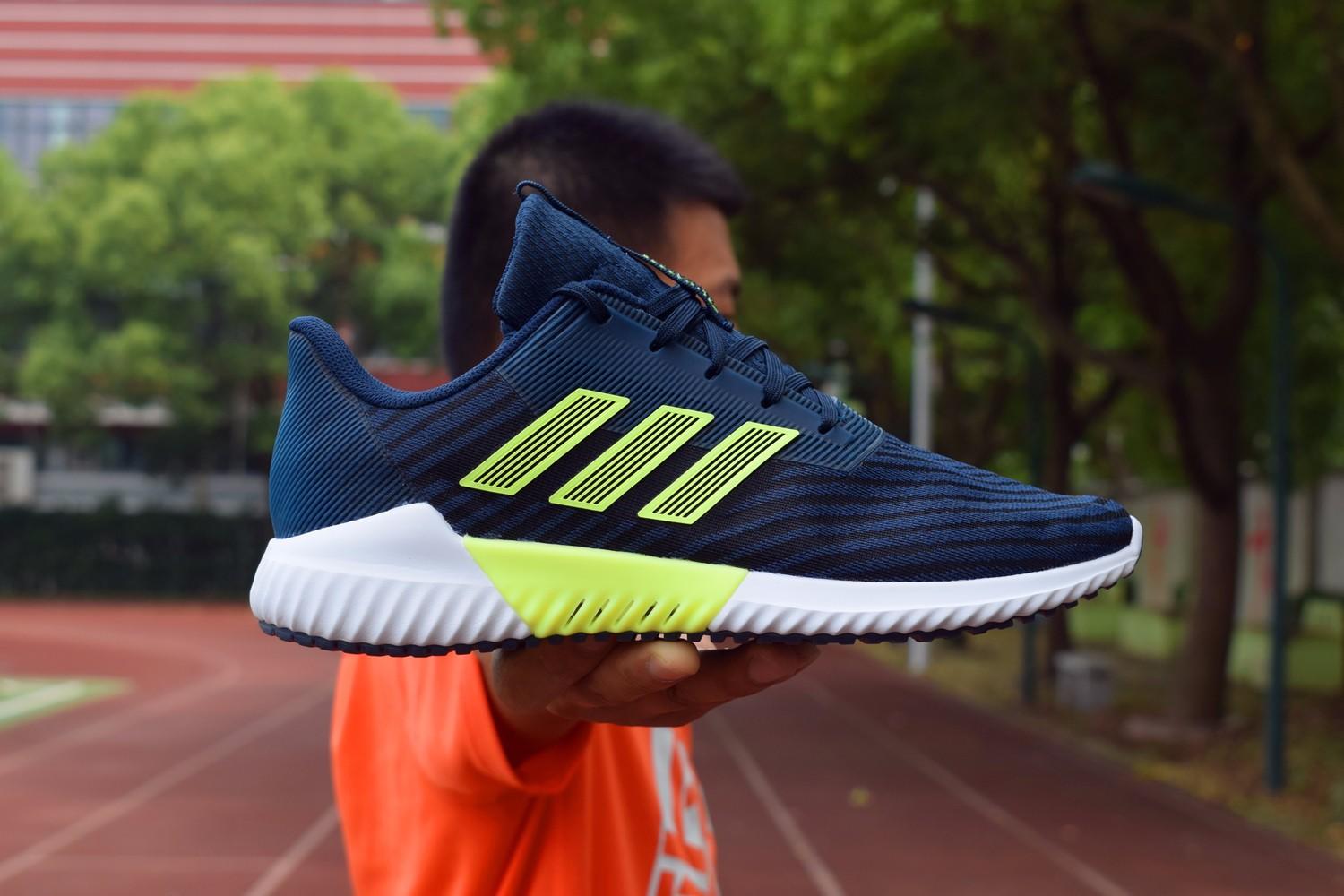 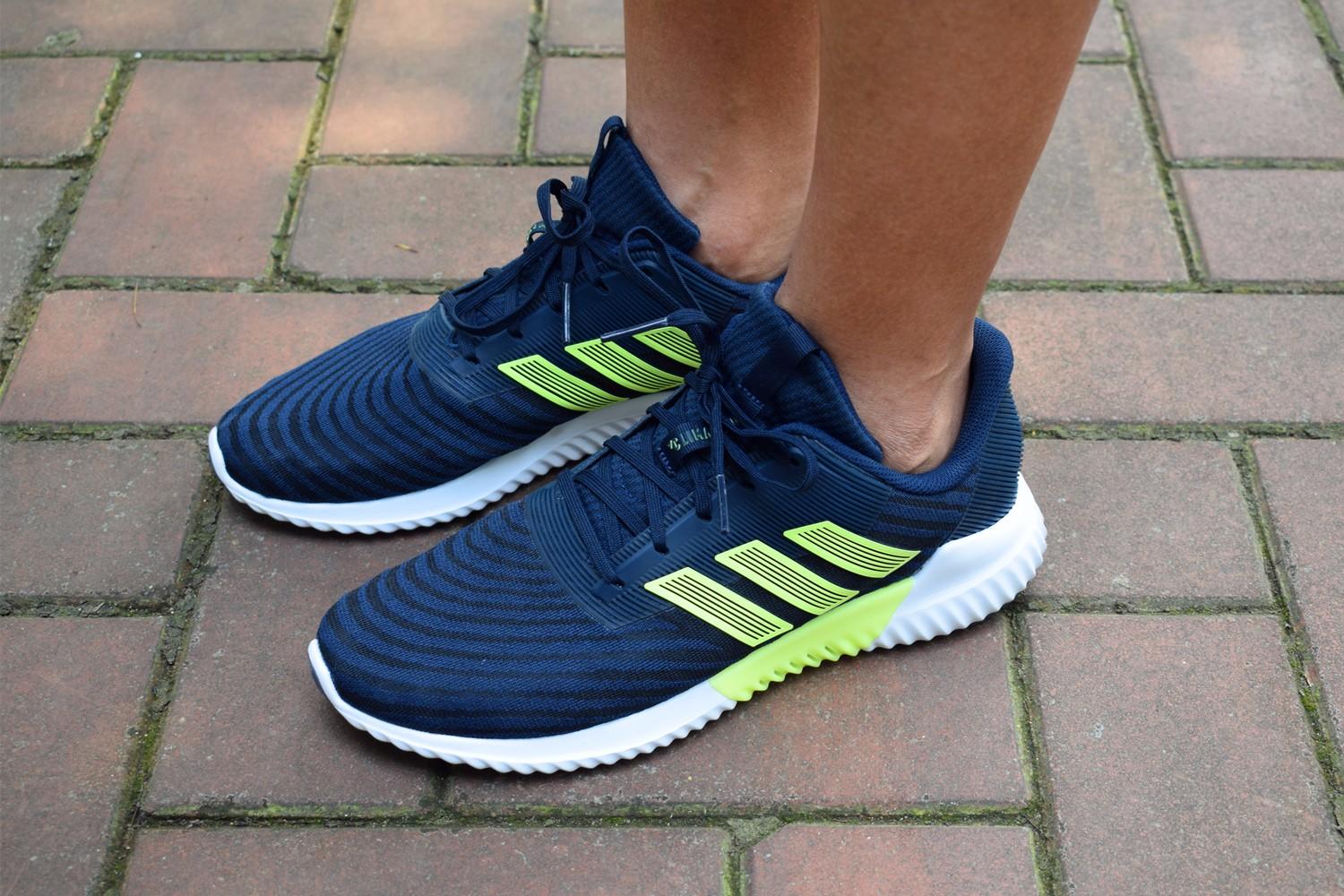 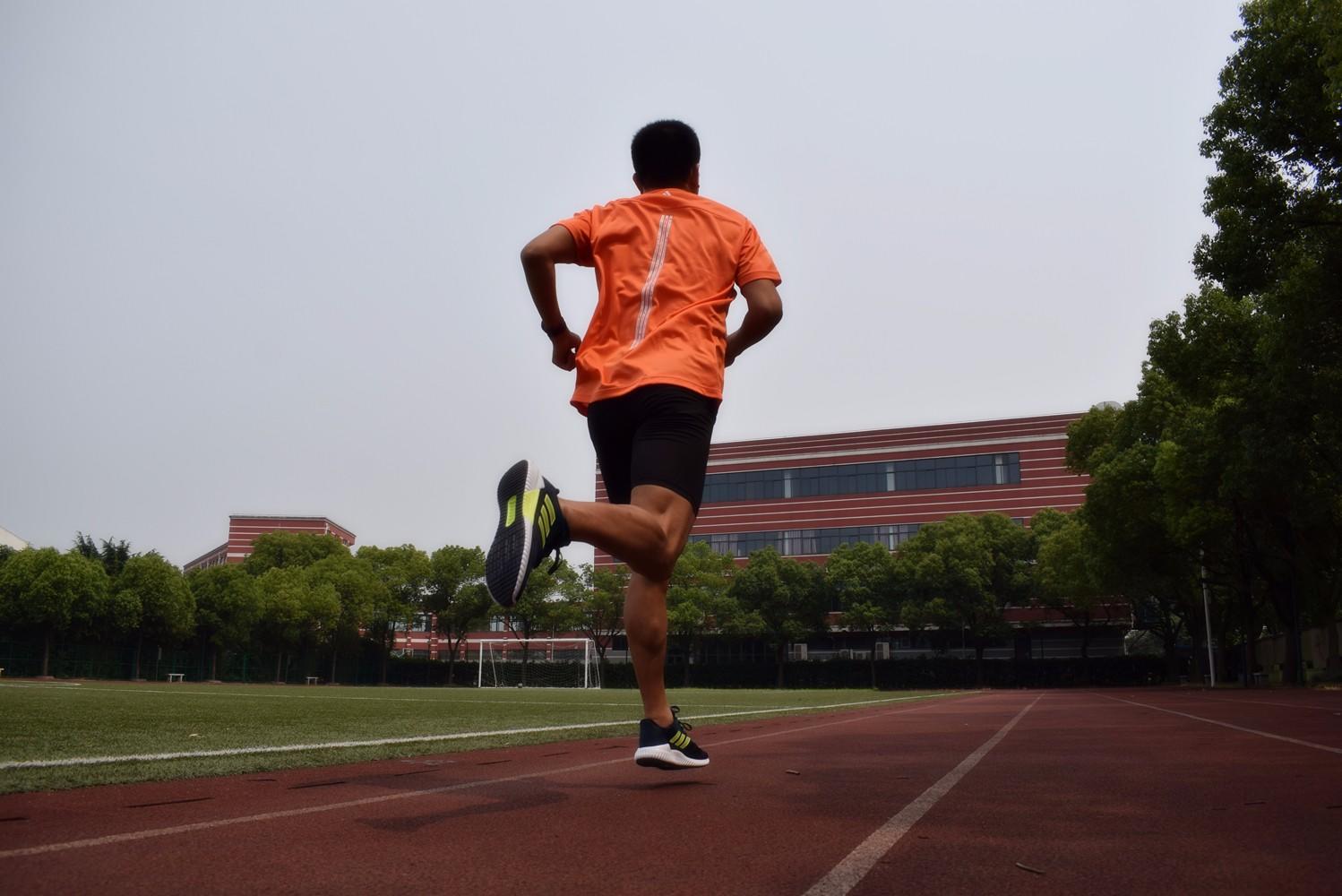 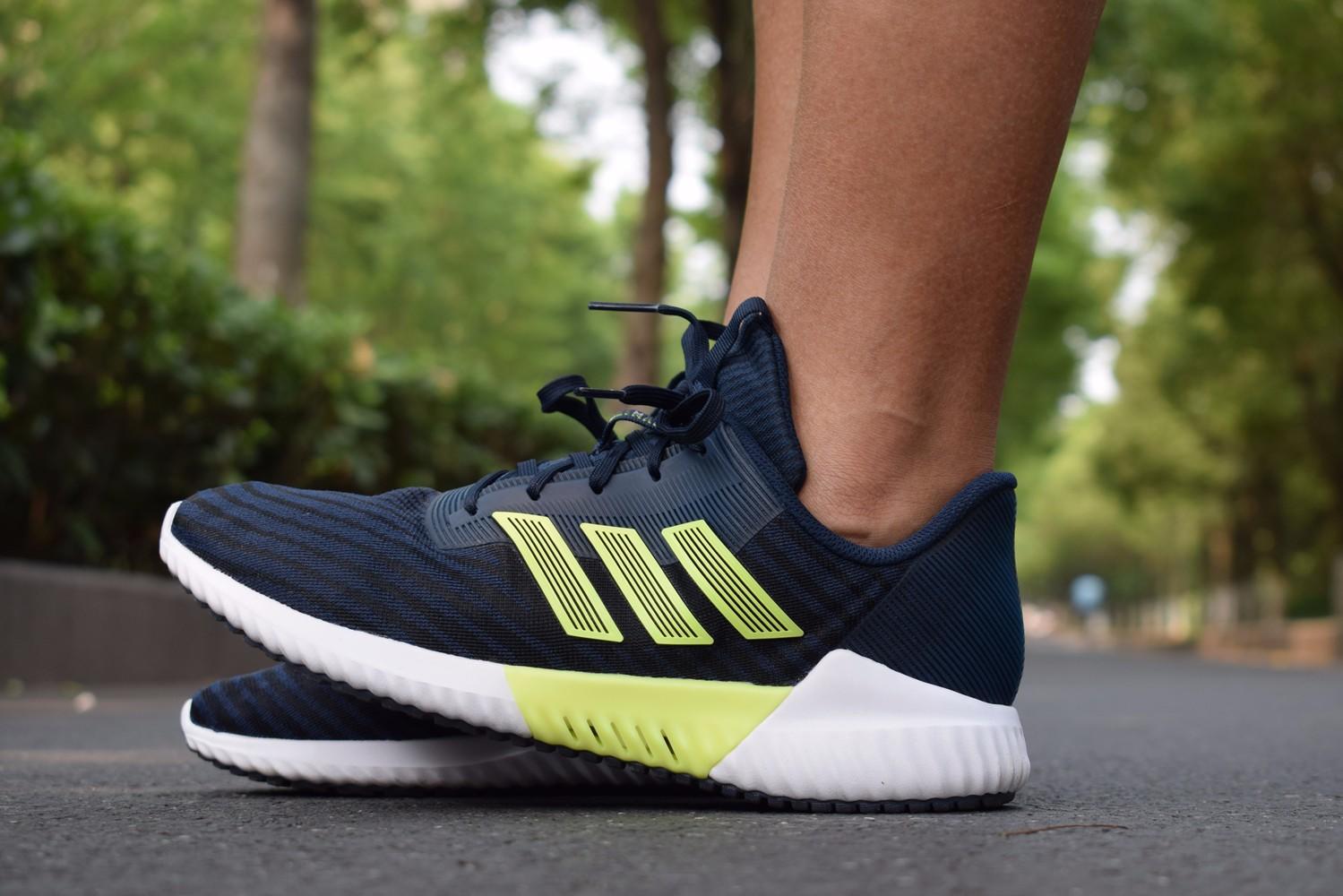 When it comes to the cushion, the well-known Boost must be mentioned.And it seems Boost can virtually be seen in every well-know sneaker. However, in the era of Boost, Adidas CLIMACOOL chooses an unusual way–it uses Bounce instead.  If the Boost is said to be soft and bouncy, then Bounce should be classed to be hard and bouncy. Surely, the two are often compared. But objectively speaking, no one is superior to another. It entirely consists in personal preference. When pressure is placed on it, you can feel it bounce back quickly. What’s more, the whole feedback process is relatively clear, and the transition between cushioning and pressure releasing and rebound providing power is relatively smooth. 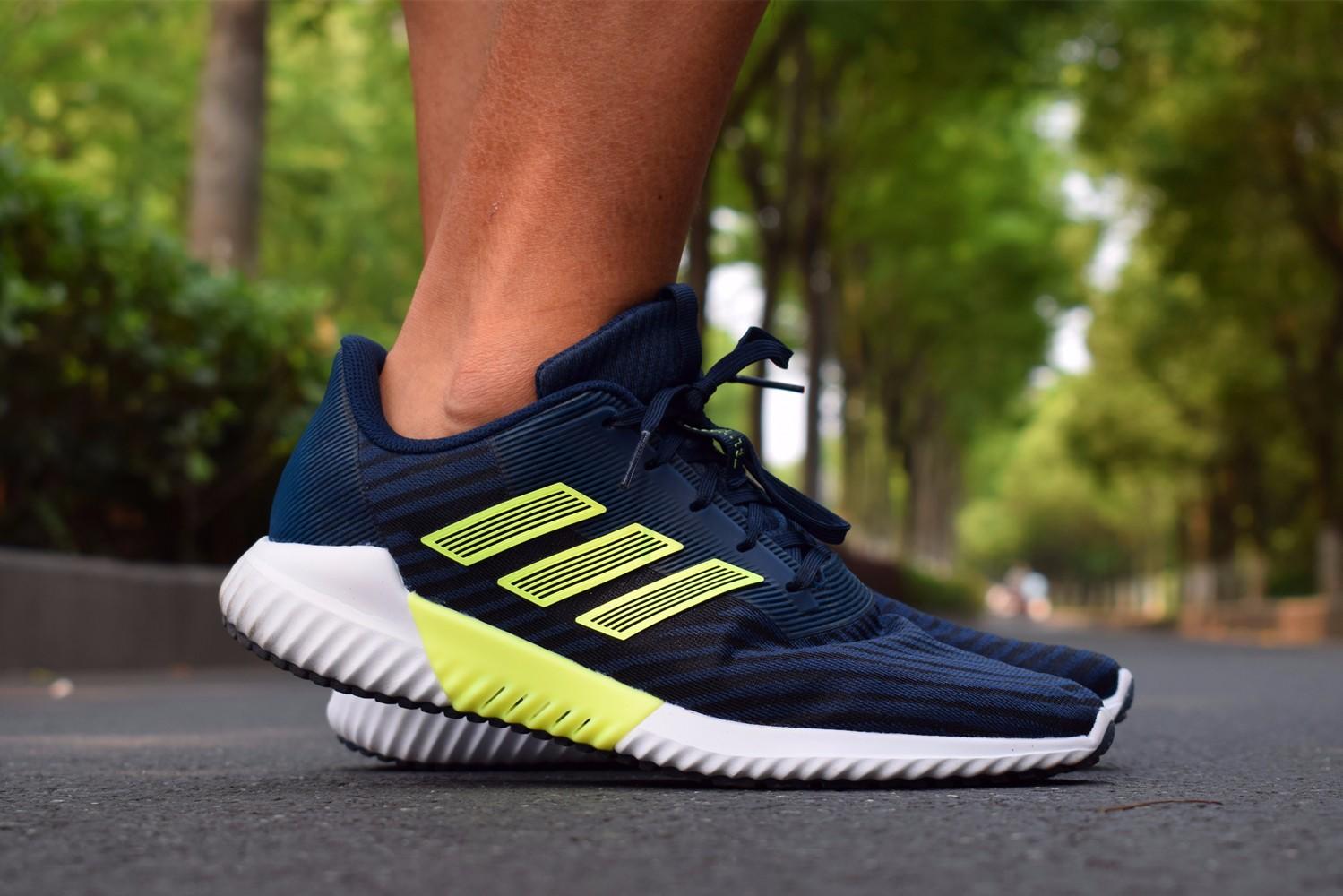 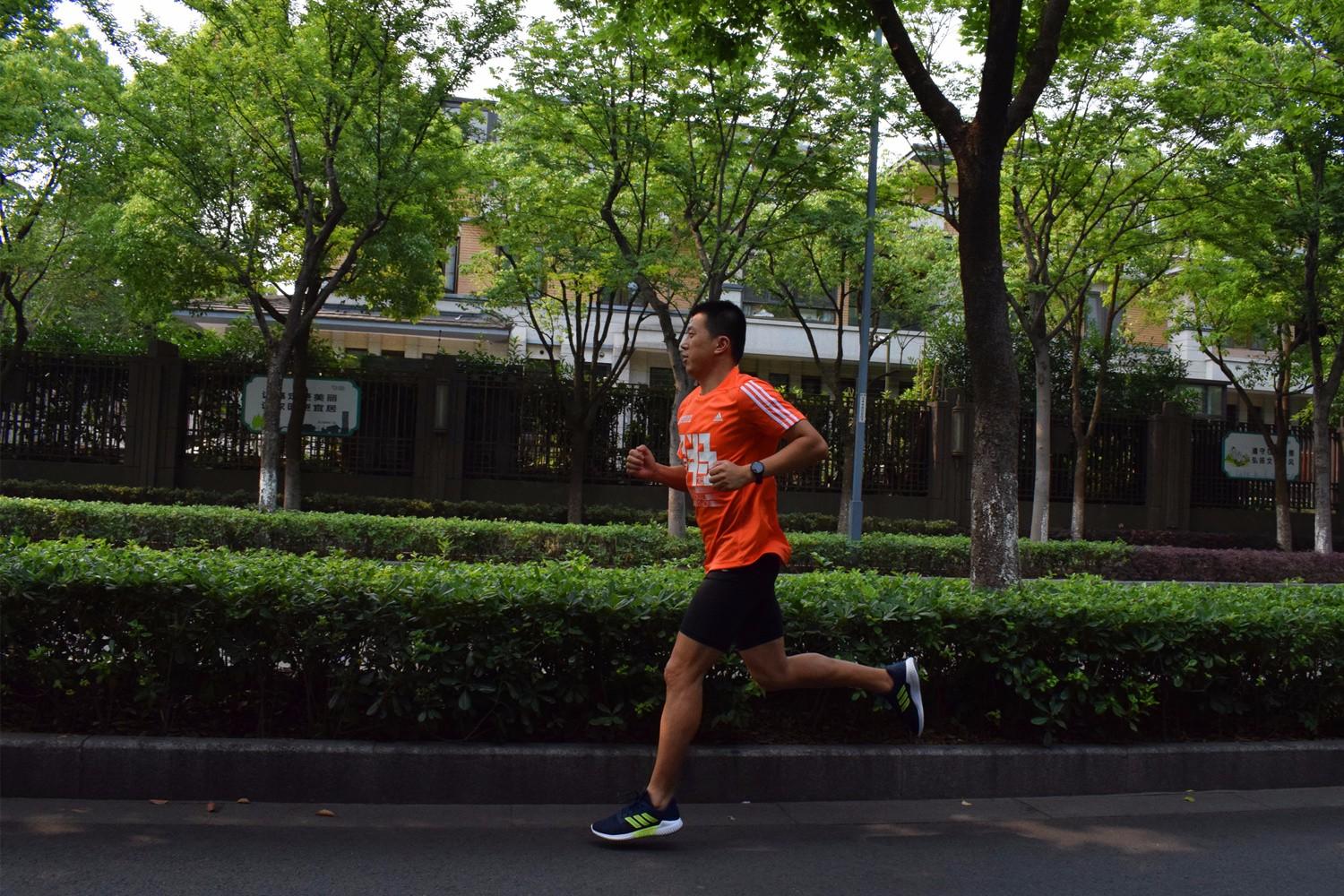 To summary, Adidas CLIMACOOL is available at a rational price point. It not only delivers  excellent ventilation, but also exceptional comfort as a training footwear and as a lifestyle kick. Many a buyers share that they will highly recommend this pair to their friends and so will I. In hot summer days, one thing you can’t lack is this  Adidas CLIMACOOL.