Today we will close look at this kind of shoe and take a review . 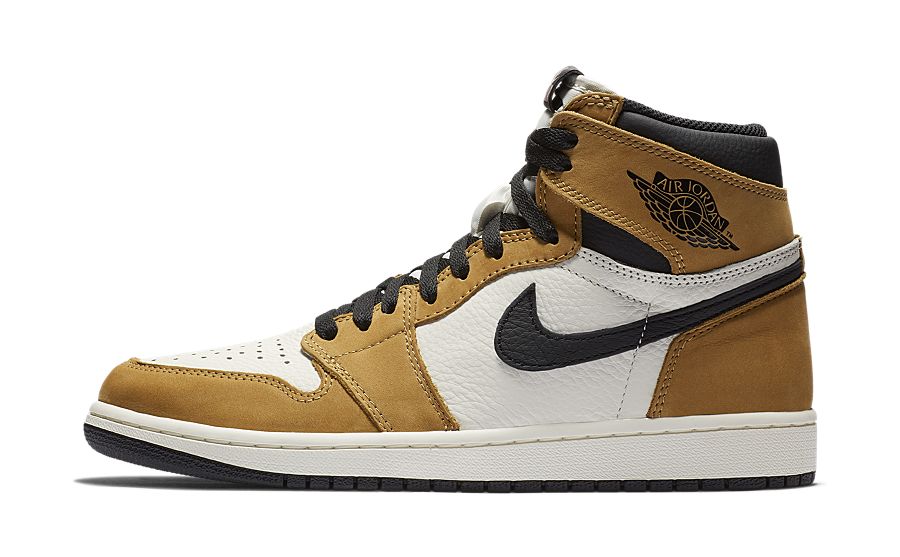 On April 30, 1985, Michael Jordan accepted the NBA’s Rookie of the Year honors. During the year, he averaged 28.2 points per game and led the Chicago Bulls to a playoff berth. In Michael Jordan fashion, his acceptance speech was short and funny.

In 1985 the Air Jordan 1 debuted as the first sneaker from Air Jordan brand. NBA banned it for breaking the uniform regulations of the league. Michael Jordan was fined by NBA every time he worn these sneakers for playing game in the court which was paid by Nike every time. In the history of Air Jordan the Air Jordan 1 is among the most Retroed sport shoes.

“Hopefully next year will be more promising,” he says, “If not, maybe I’ll retire after two years.” 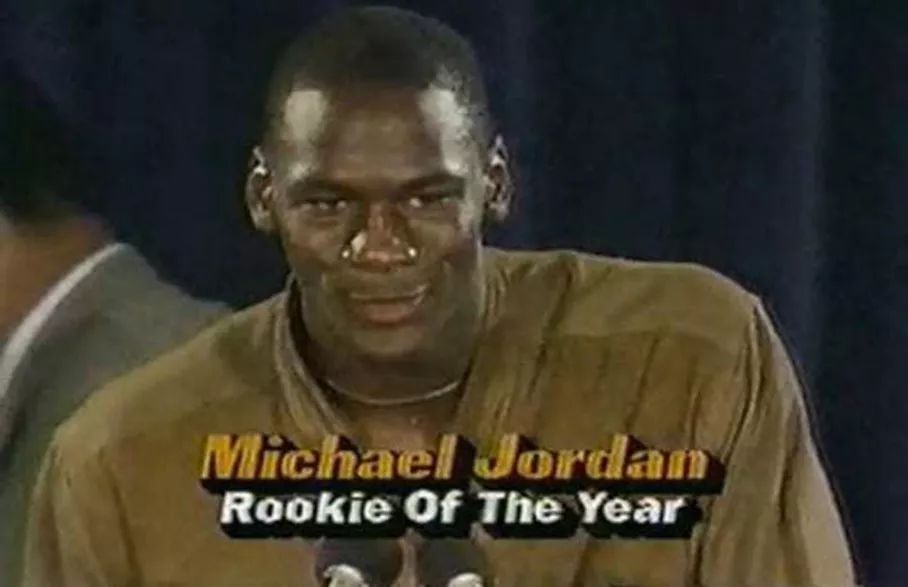 For the box,it is normal but just Nike logo. 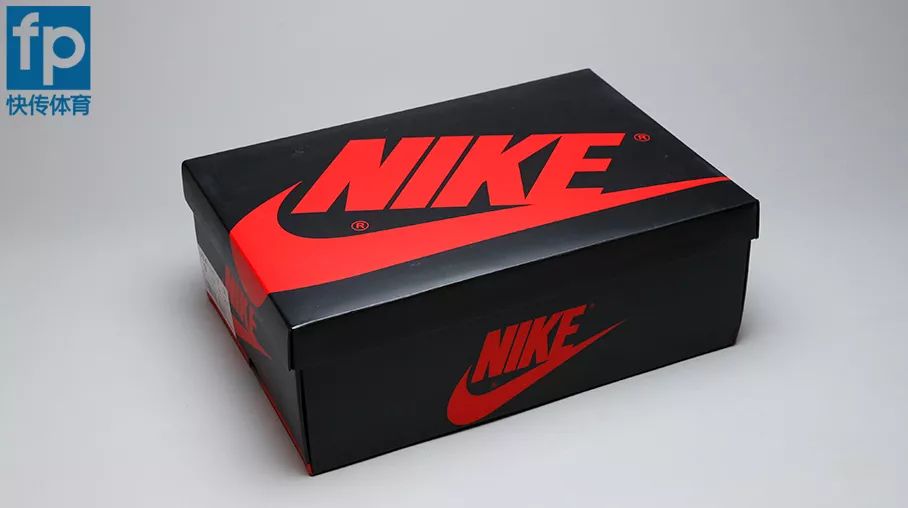 There are the info of the side . 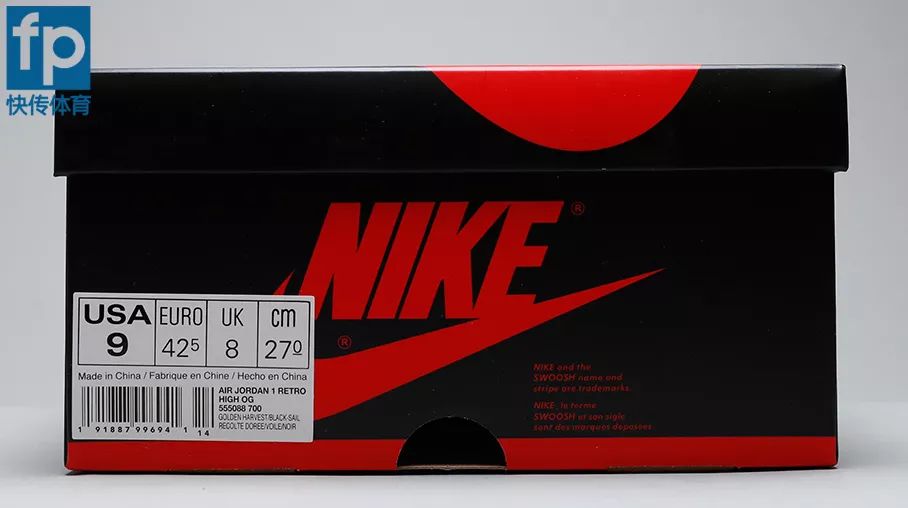 It features a White leather upper with Wheat overlays and Black detailing on the tongue label, ankle collar, Swoosh logo and rubber outsole. Highlighting the shoe is a detached layer around the customary ankle collar – very similar to the Off-White Jordan 1s, that displays rookie stats and a hidden message by MJ himself. 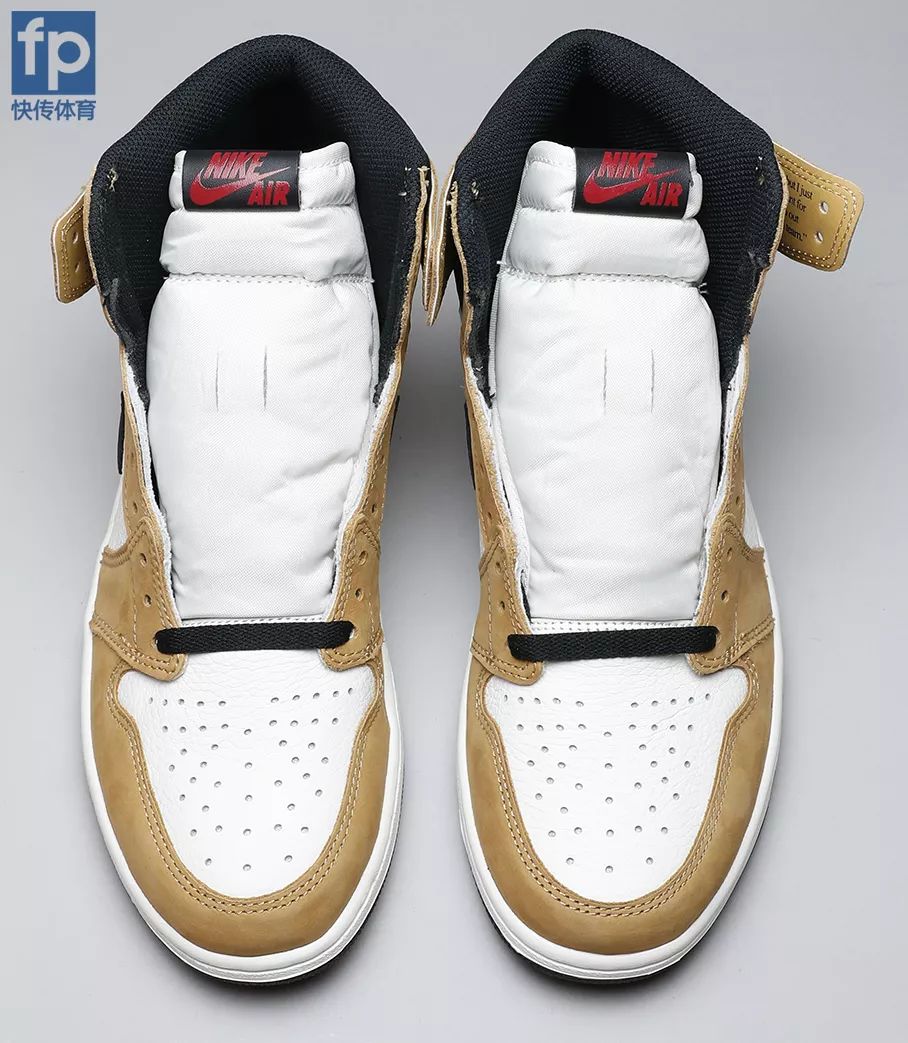 Although color is not the most classic black, white and red tone.Brown not only pays tribute to Jordan’s best rookie title, but also is more suitable for winter footwear. At present,  I’m afraid it’s very difficult to get started. It’s absolutely a black horse that can’t be ignored. 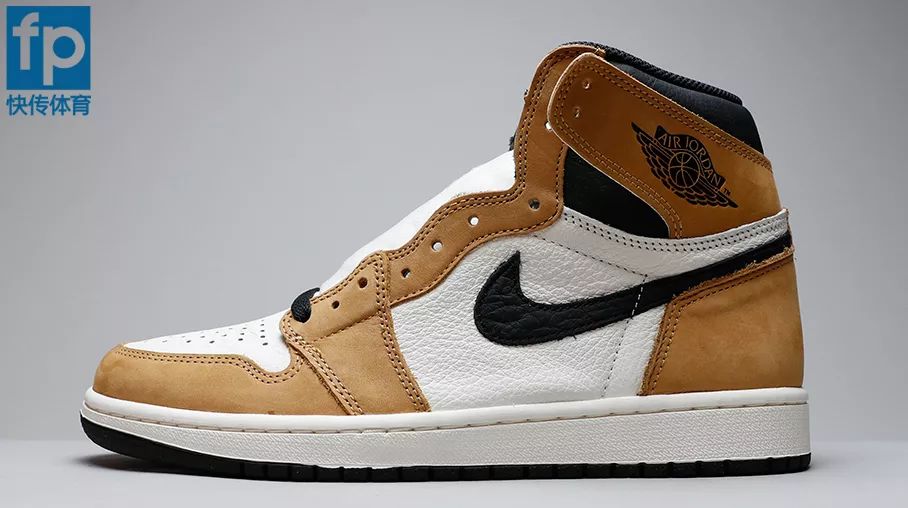 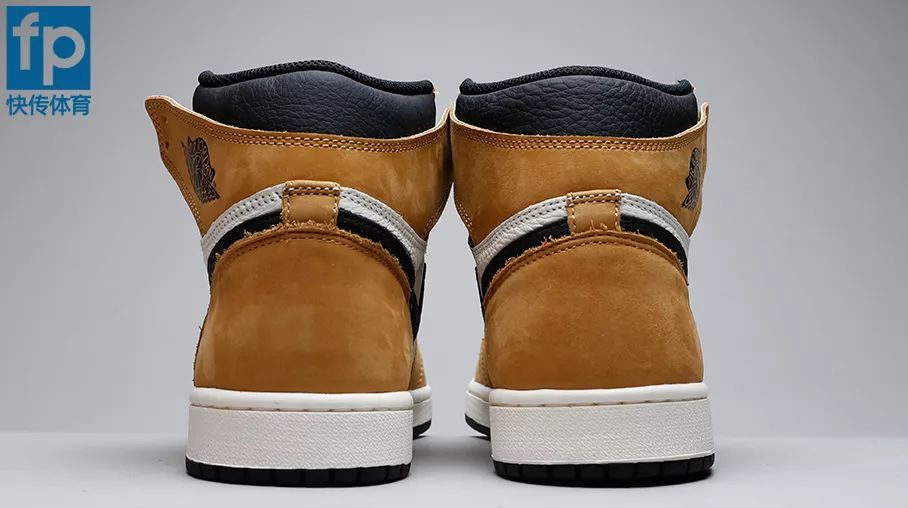 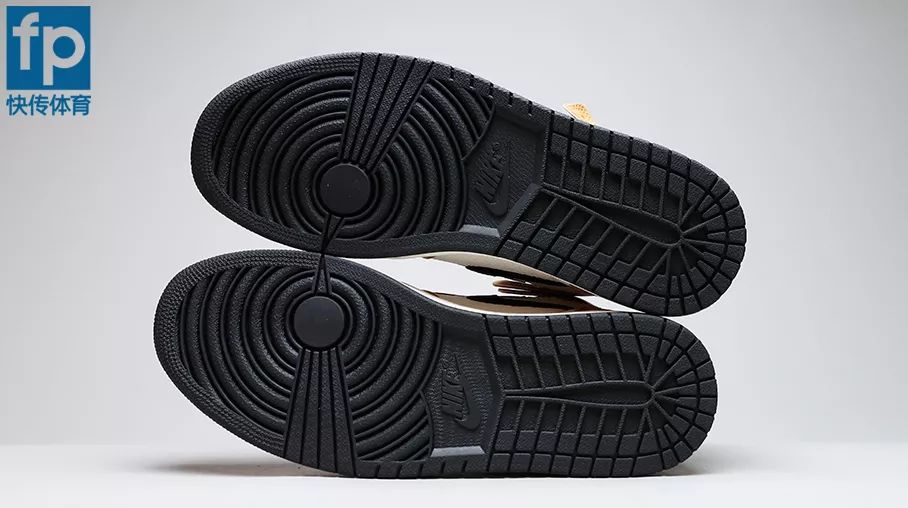 For traction :The traction just followed last model. but I felt there are almost the same for the model .From a front to back standpoint, the traction is incredible. Medial and lateral movements are just as impressive due to the multidirectional circles along with the soft and flexible rubber. 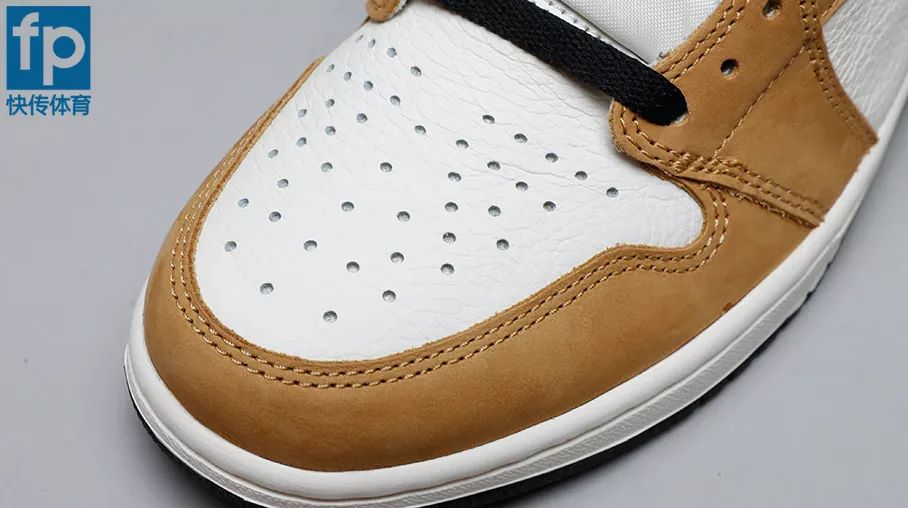 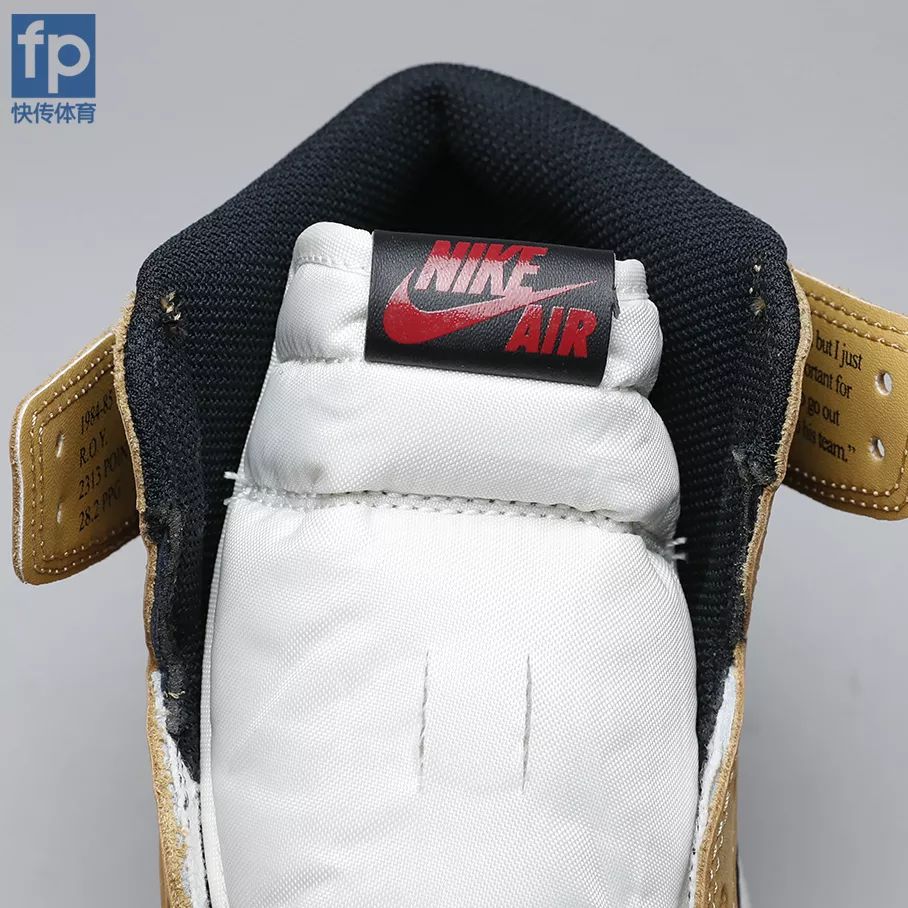 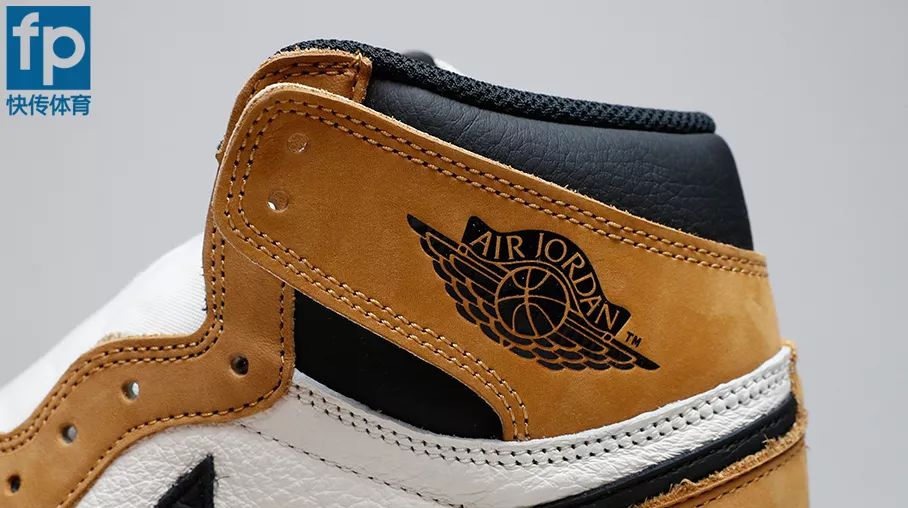 There are the wings logo as side . 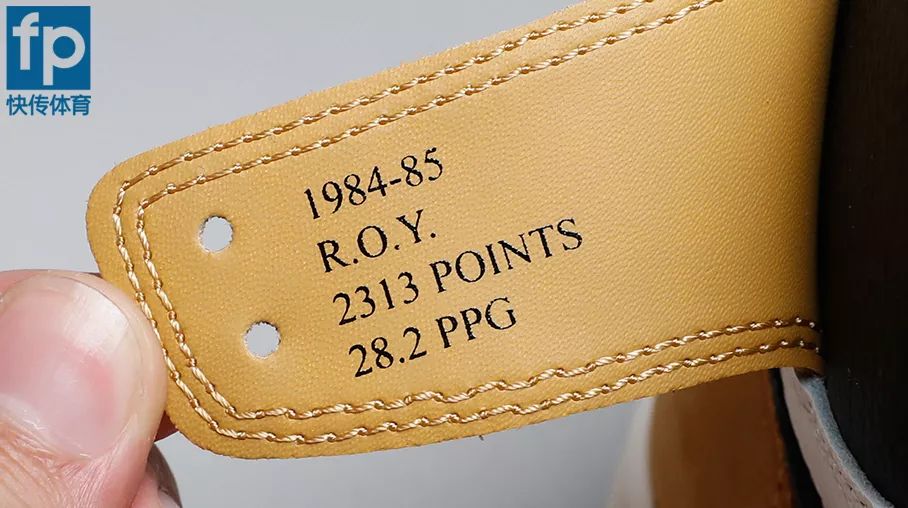 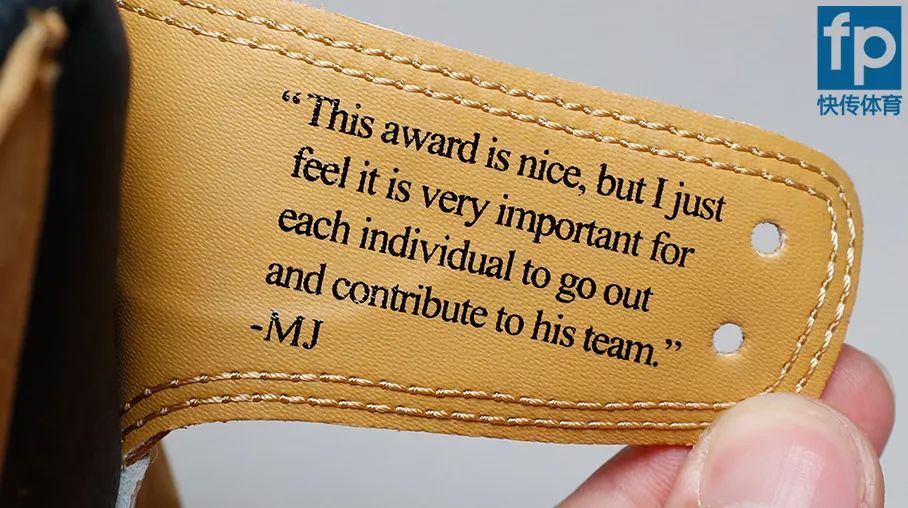 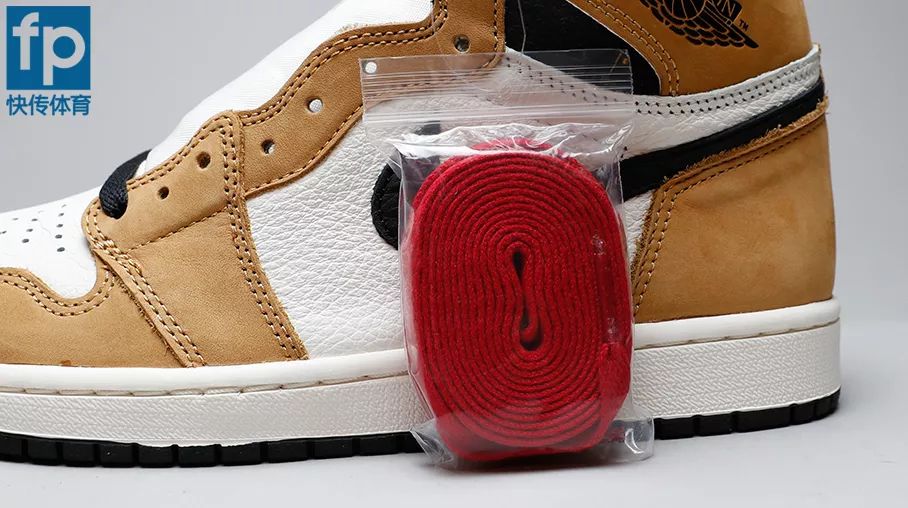 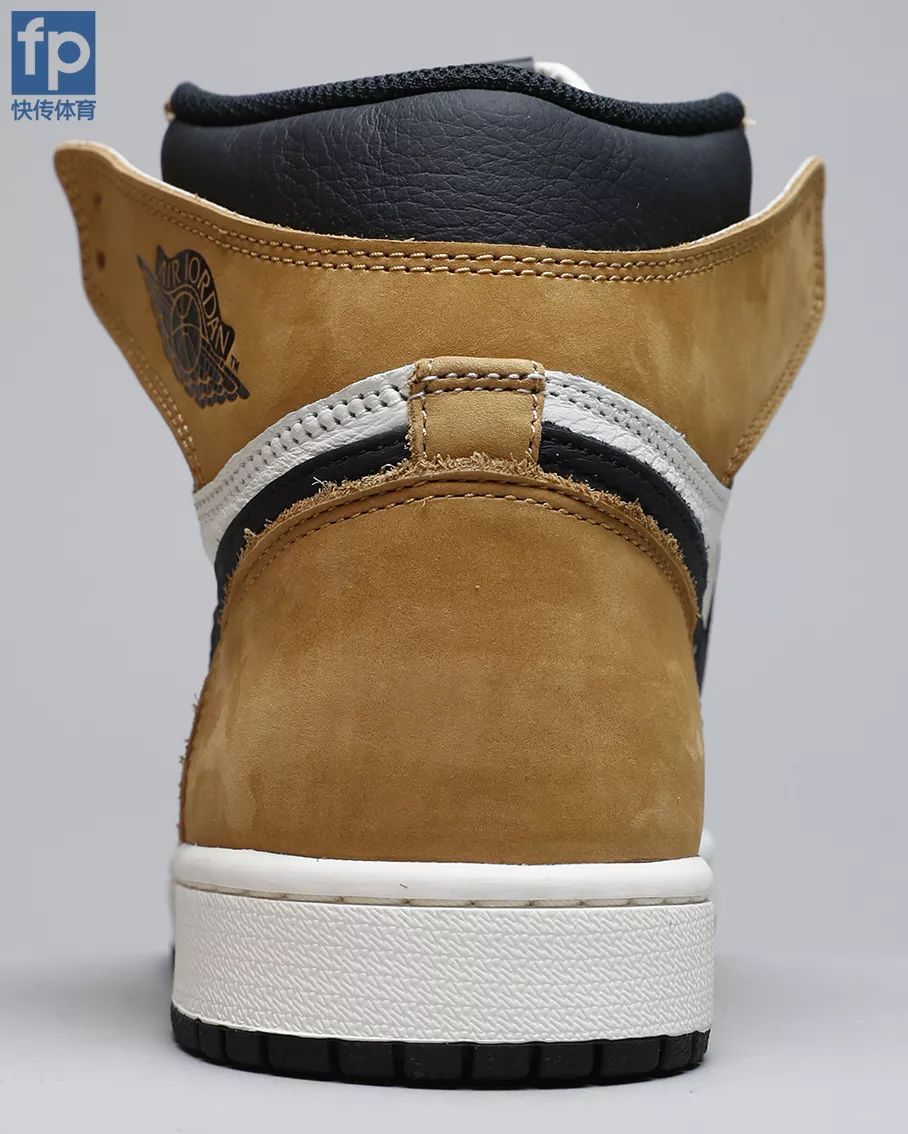 For the supporting :The supporting just so so ,the suede material will be comfortable. you can purchase an insole with arch support if needed but other than that they are pretty much a flat based sneaker. 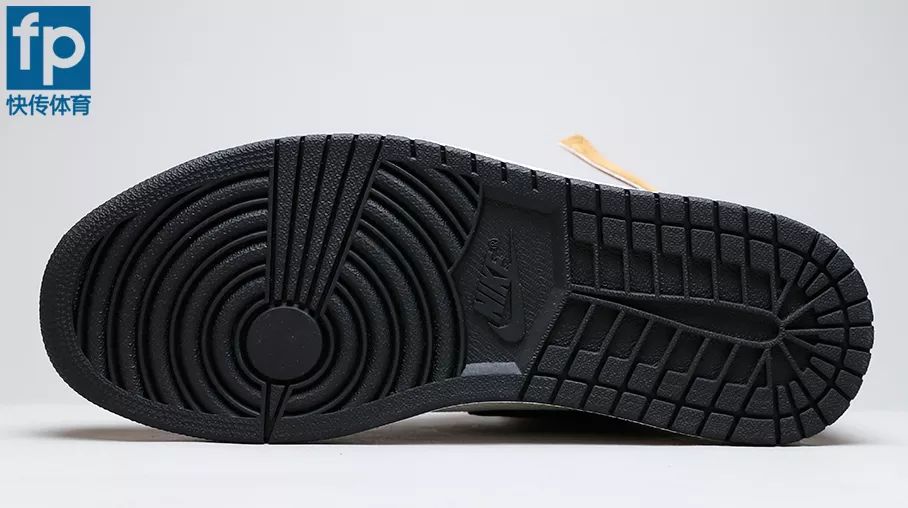 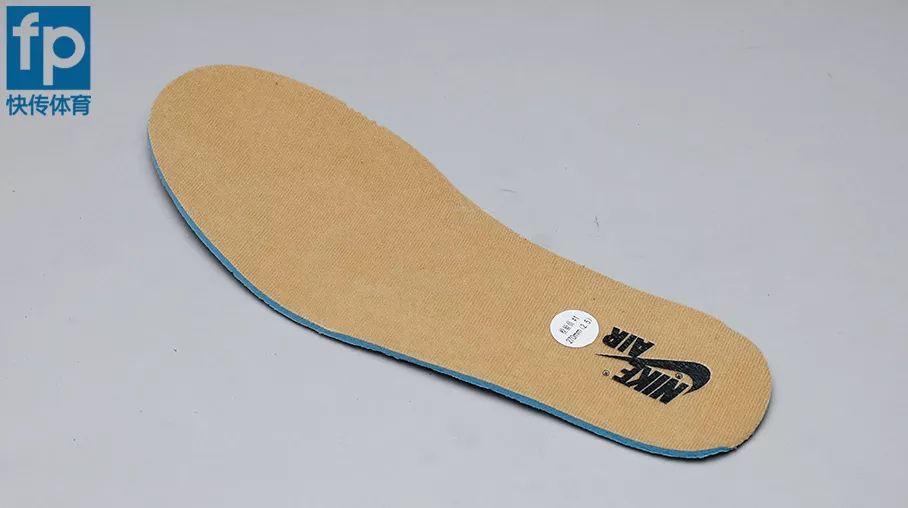 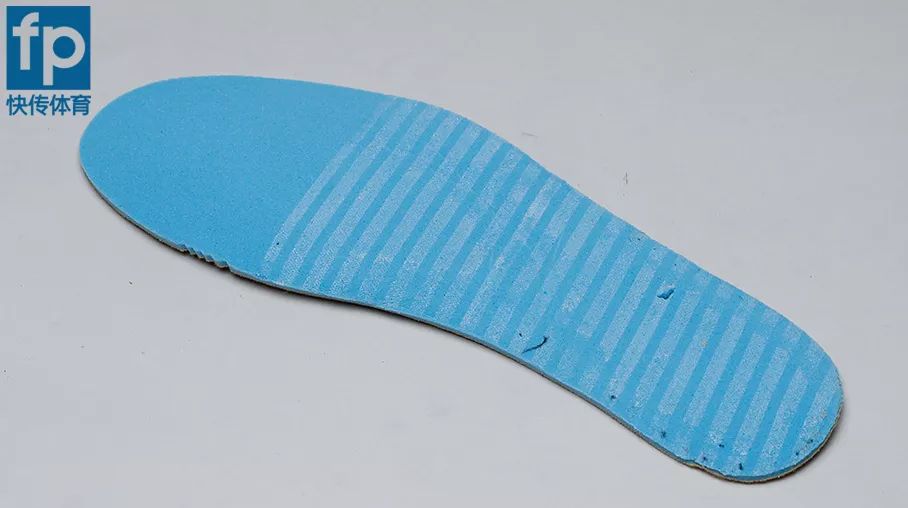 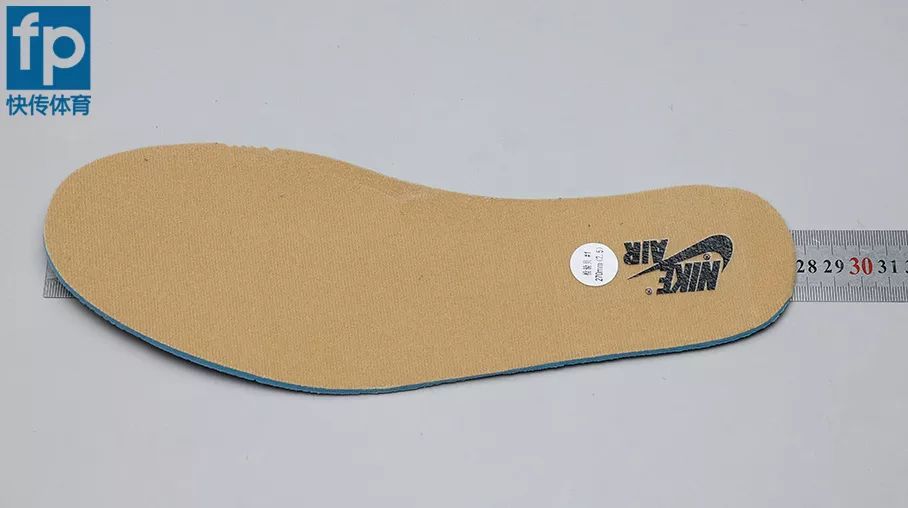 Details of insole length as below : 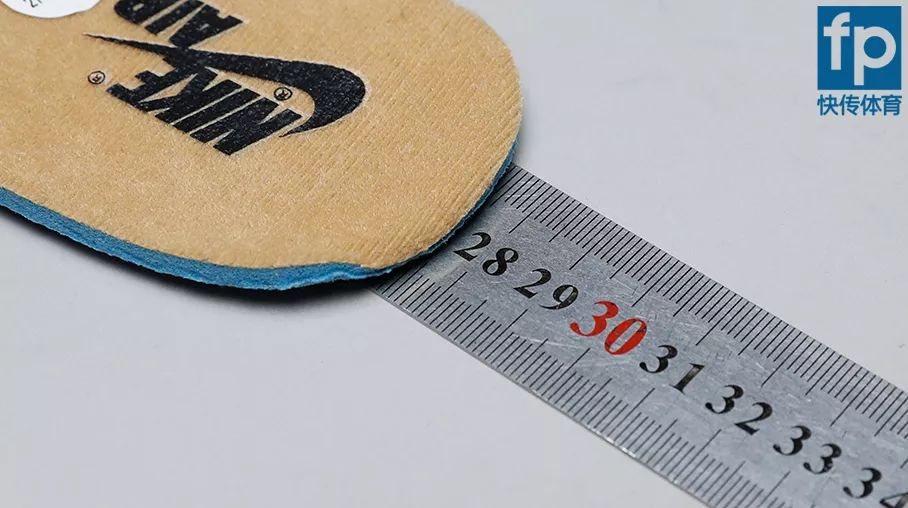 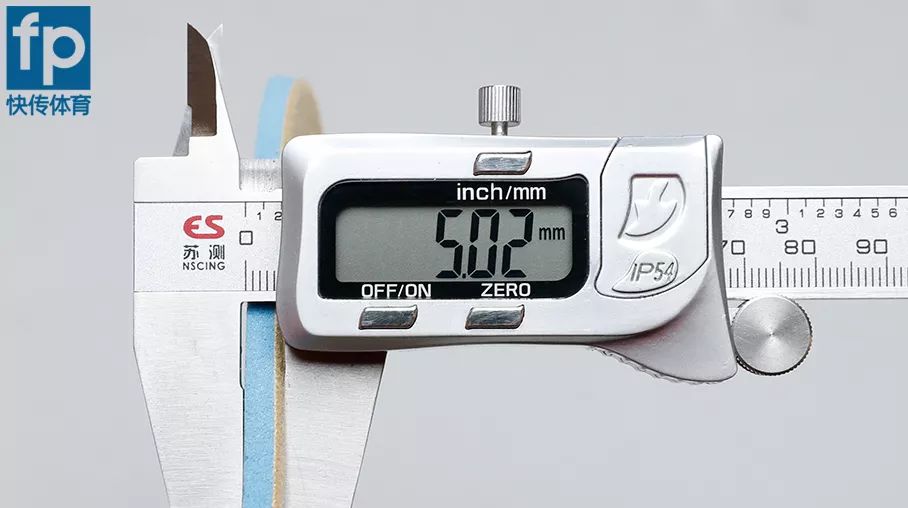 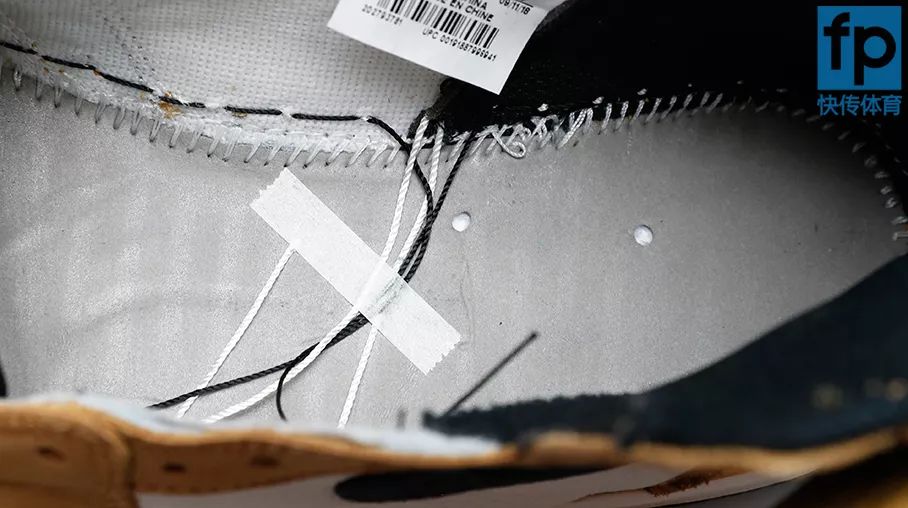 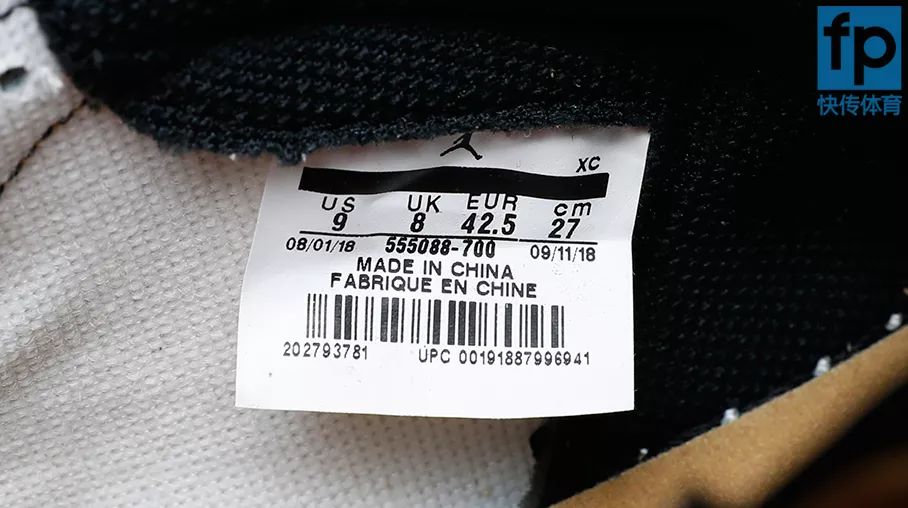 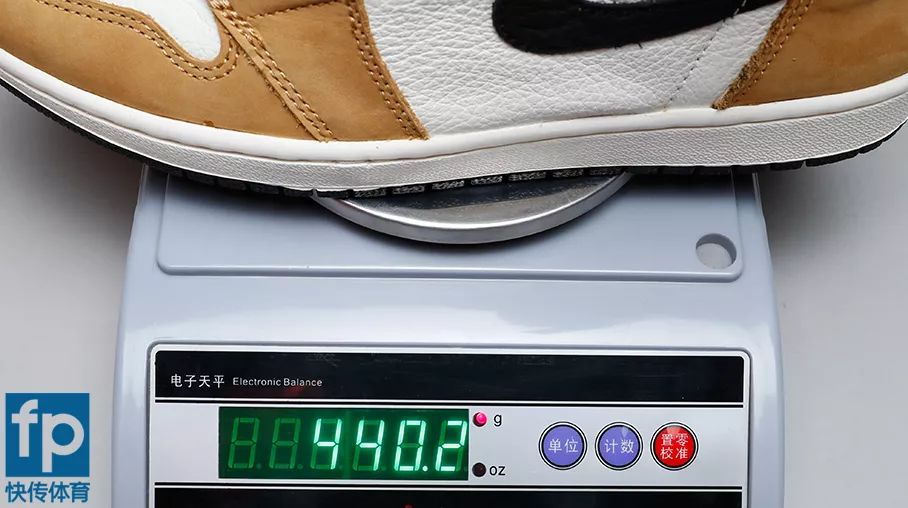 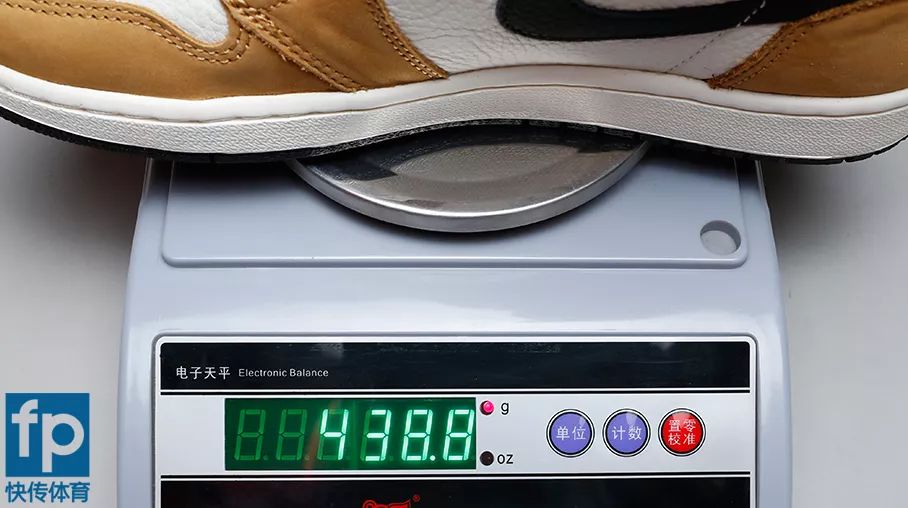 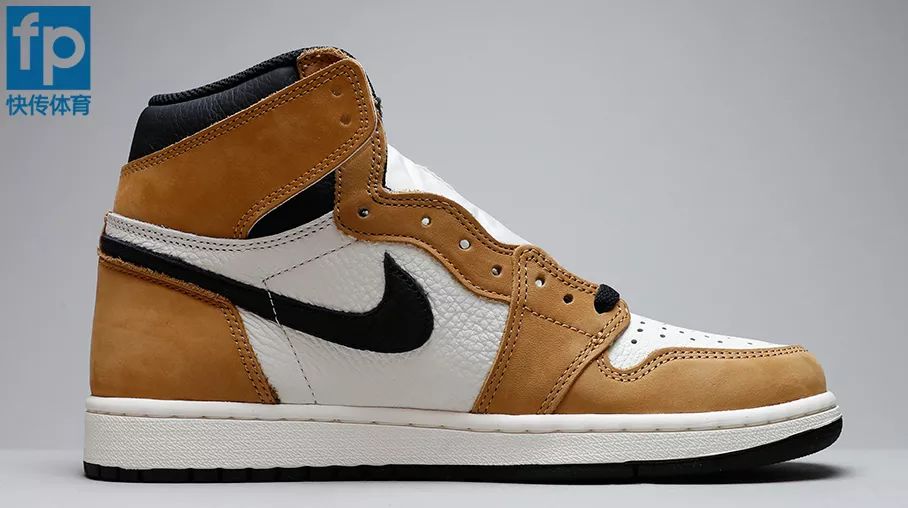 Overall ,Air Jordan 1 Retro High OG Rookie  Of  The Year, the upper is made of high-quality brown suede and black and white pebbled leather for a soft and comfortable feel. On the inside of the upper, there are scores and awards from Jordan in the 84-85 season, which makes this shoe a super commemorative. Although not a classic black and white red color, brown is more suitable for autumn and winter.