Since 1993 when Michael Jordan decommissioned from NBA, never has anybody thought of his return to the NBA court. Later in the 1955-1956 season, Air Jordan 11 had become the great player’s most reliable companion. 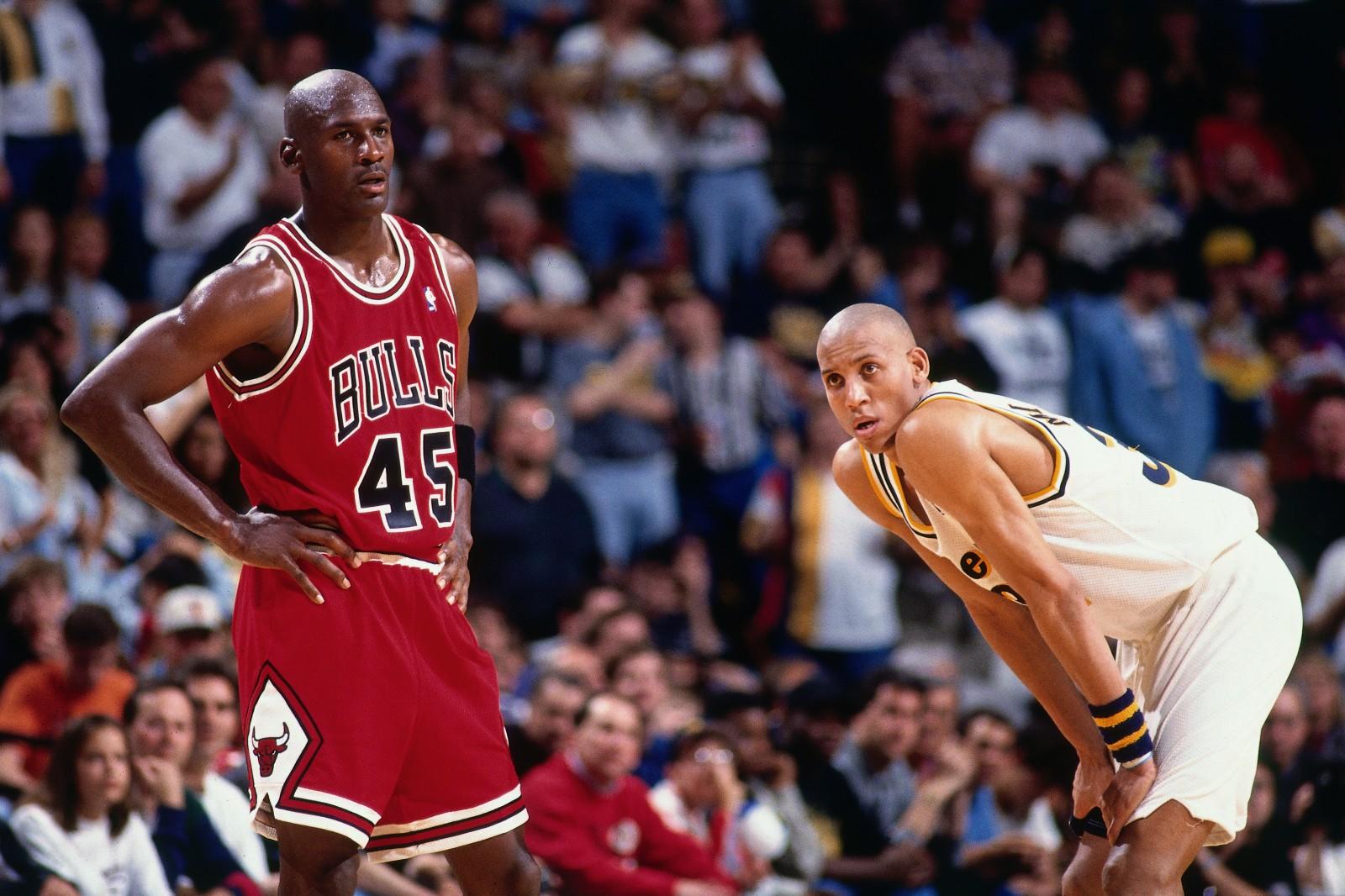 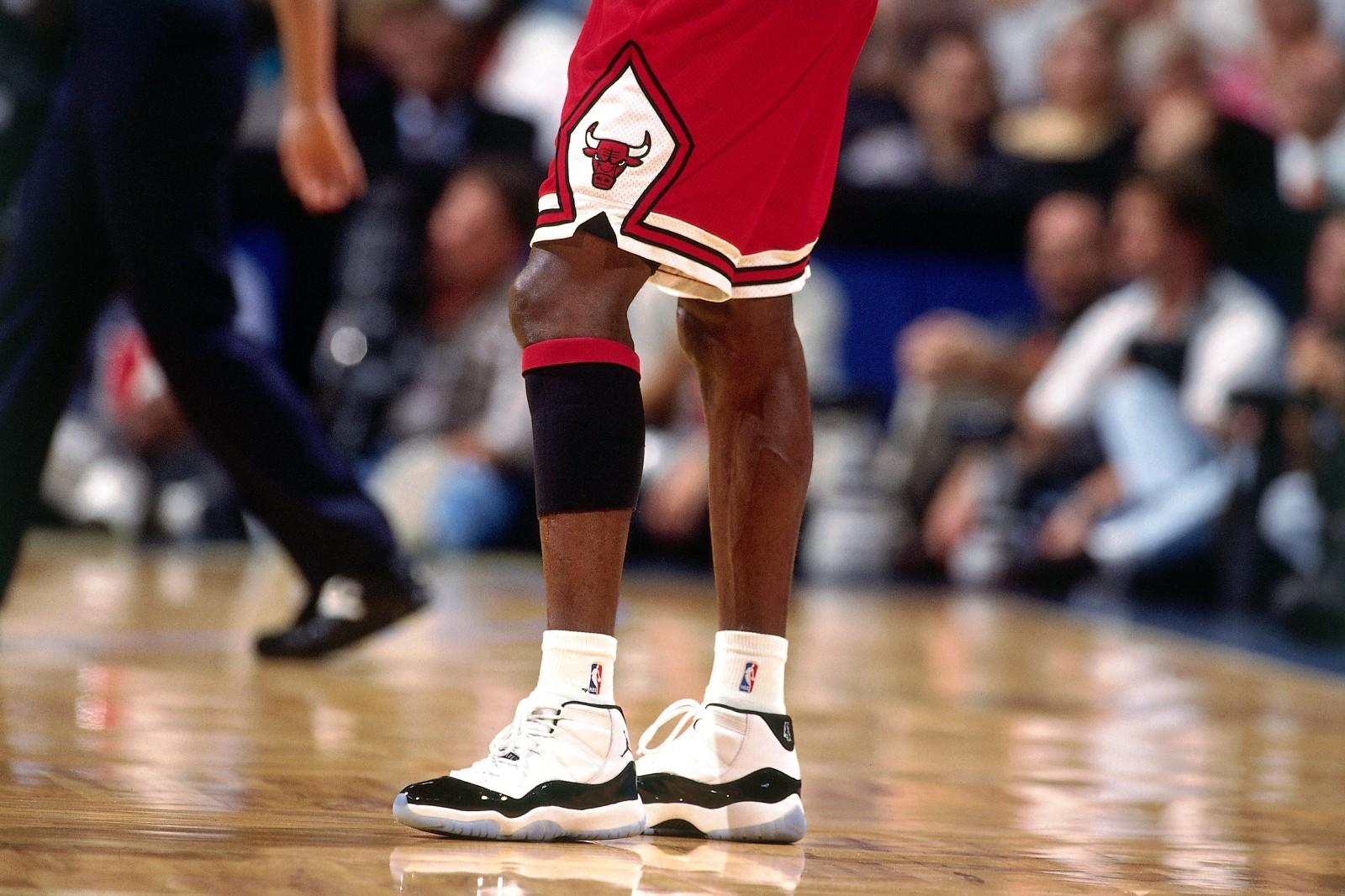 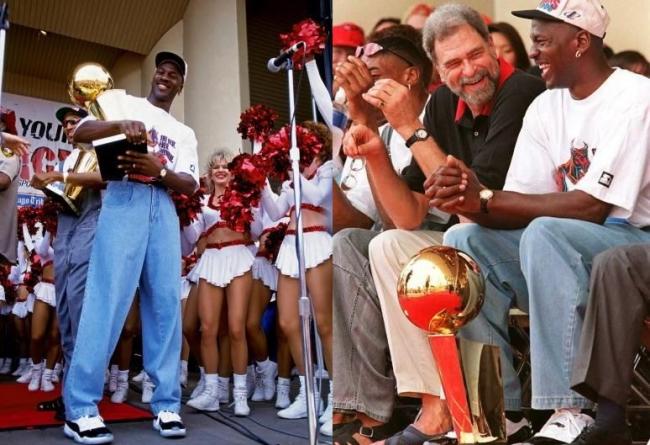 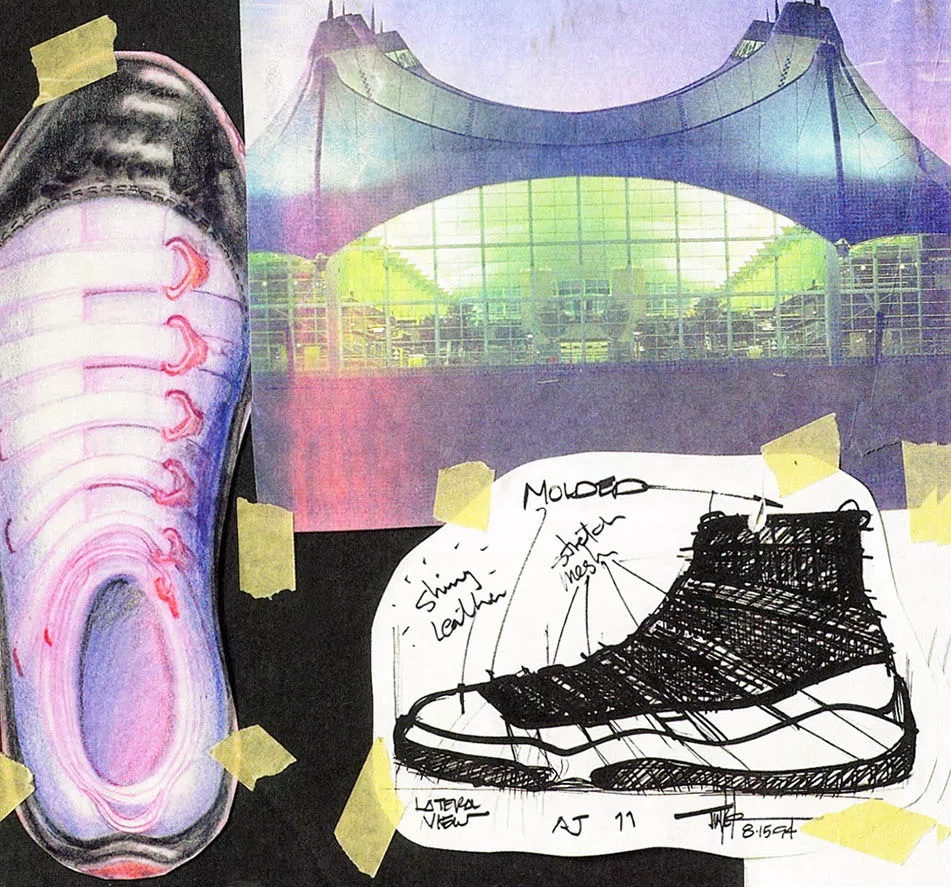 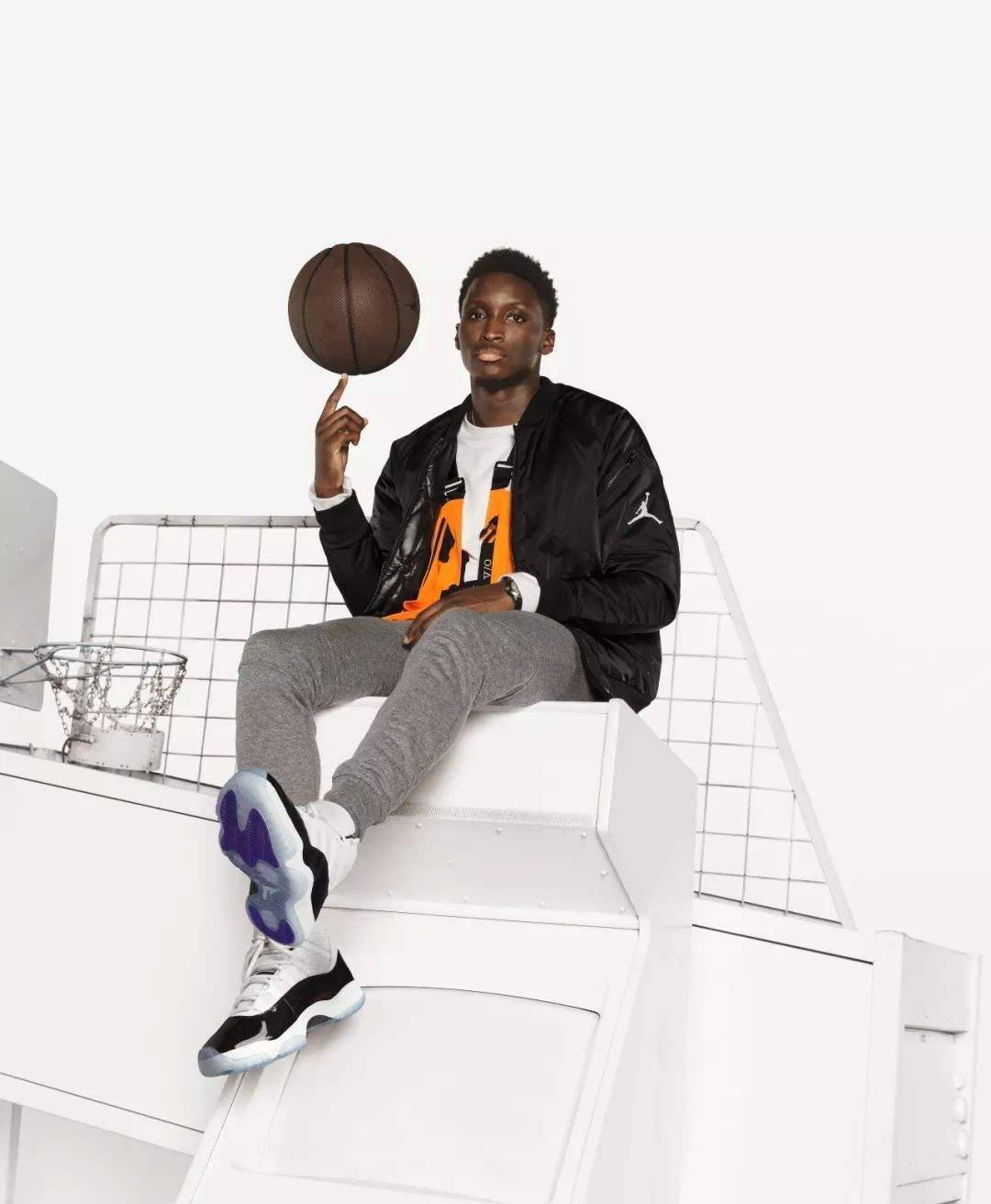 Opening the shoe box, what comes into our sight first is the large black patent leather. Contrary to the white upper, it is the special bright black that makes the shoe distinguished from the other shoes. Followed by several re-releases over the years, this black, white and concord version of Michael Jordan’s eleventh signature shoe completes with brand-new “45” branding on the heel in place of the standard “23” mark. 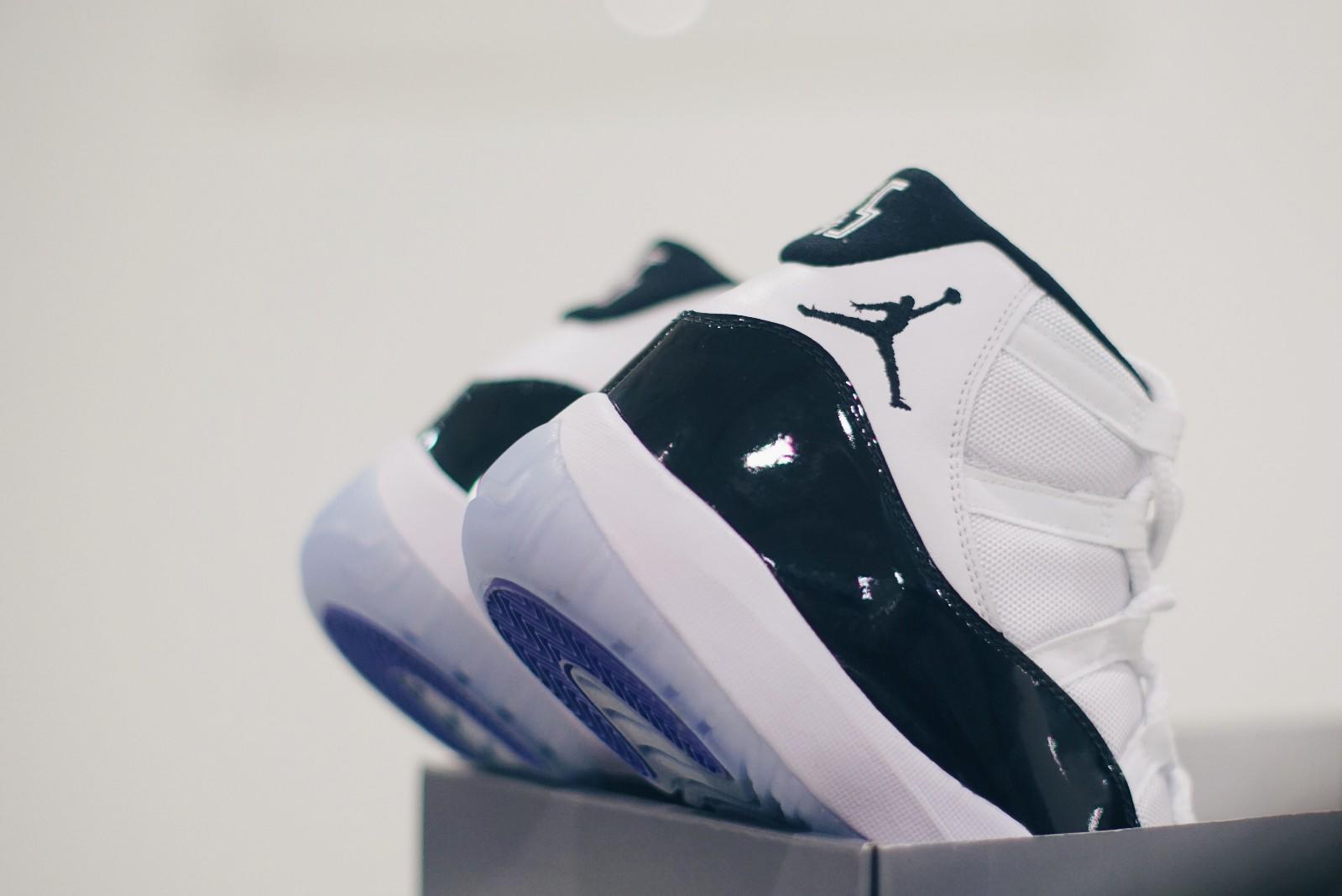 On top of the above, at the heel part there are the Air Jordan logo which is never absent. For most people, the “45” mentioned before has also been the most appealing. 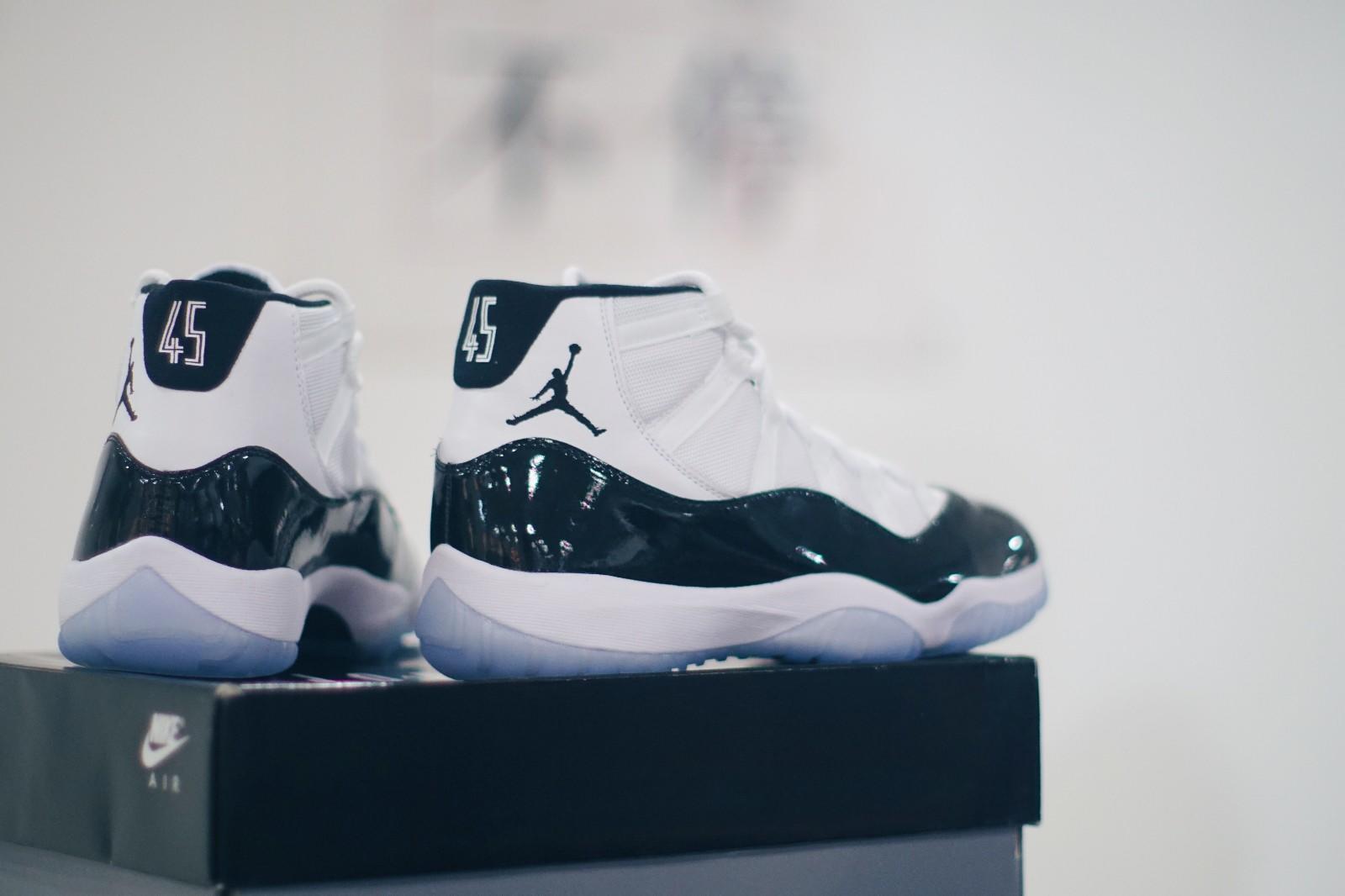 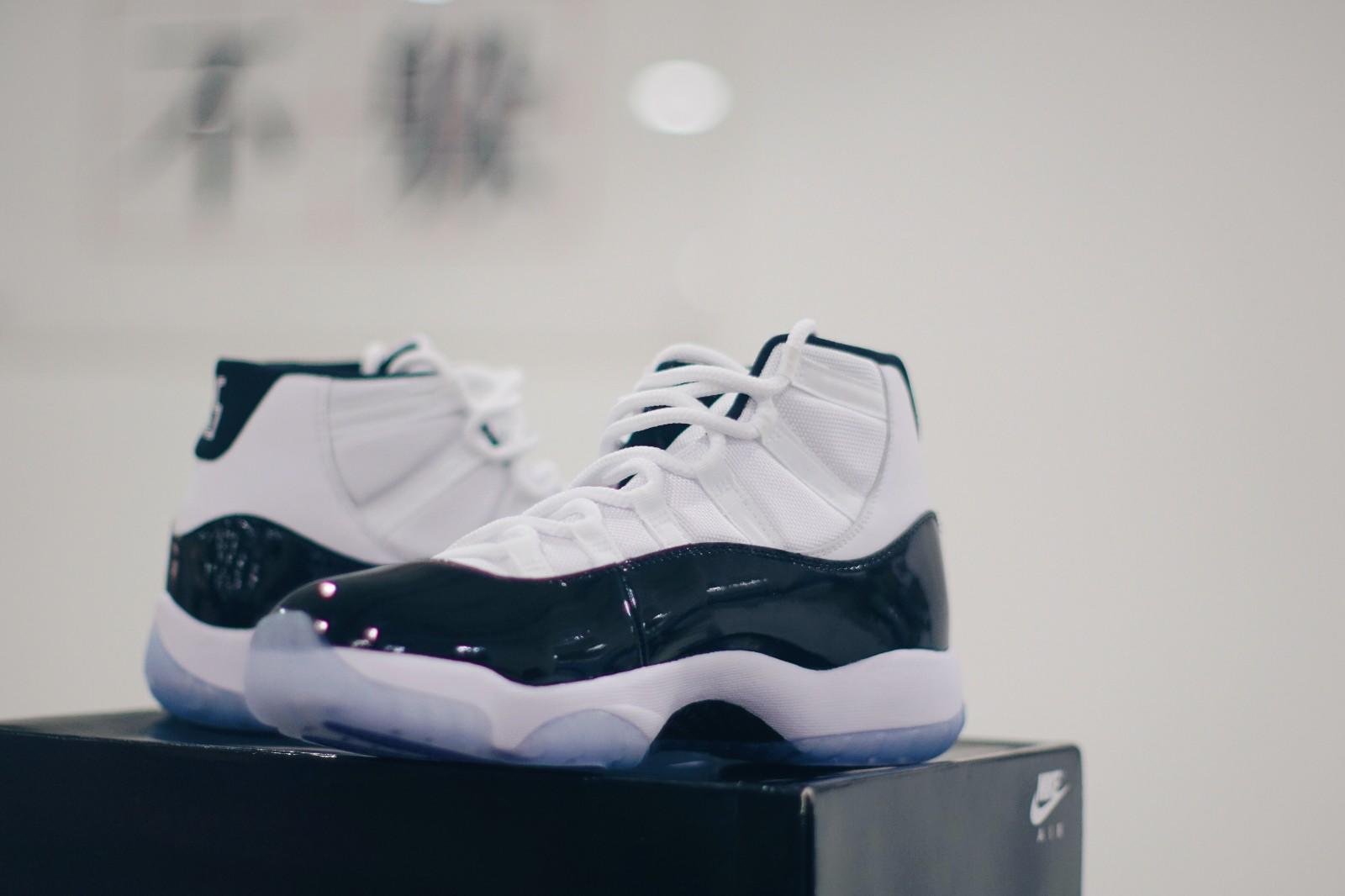 The traction is made of crystal materials and the blue rubber; we can also see clearly that a large square of carbon board plus the iconic flying man are installed in the outsole, which makes the whole traction very pleasing to the eye. Personally, every inch of the traction is designed delicately and creatively. 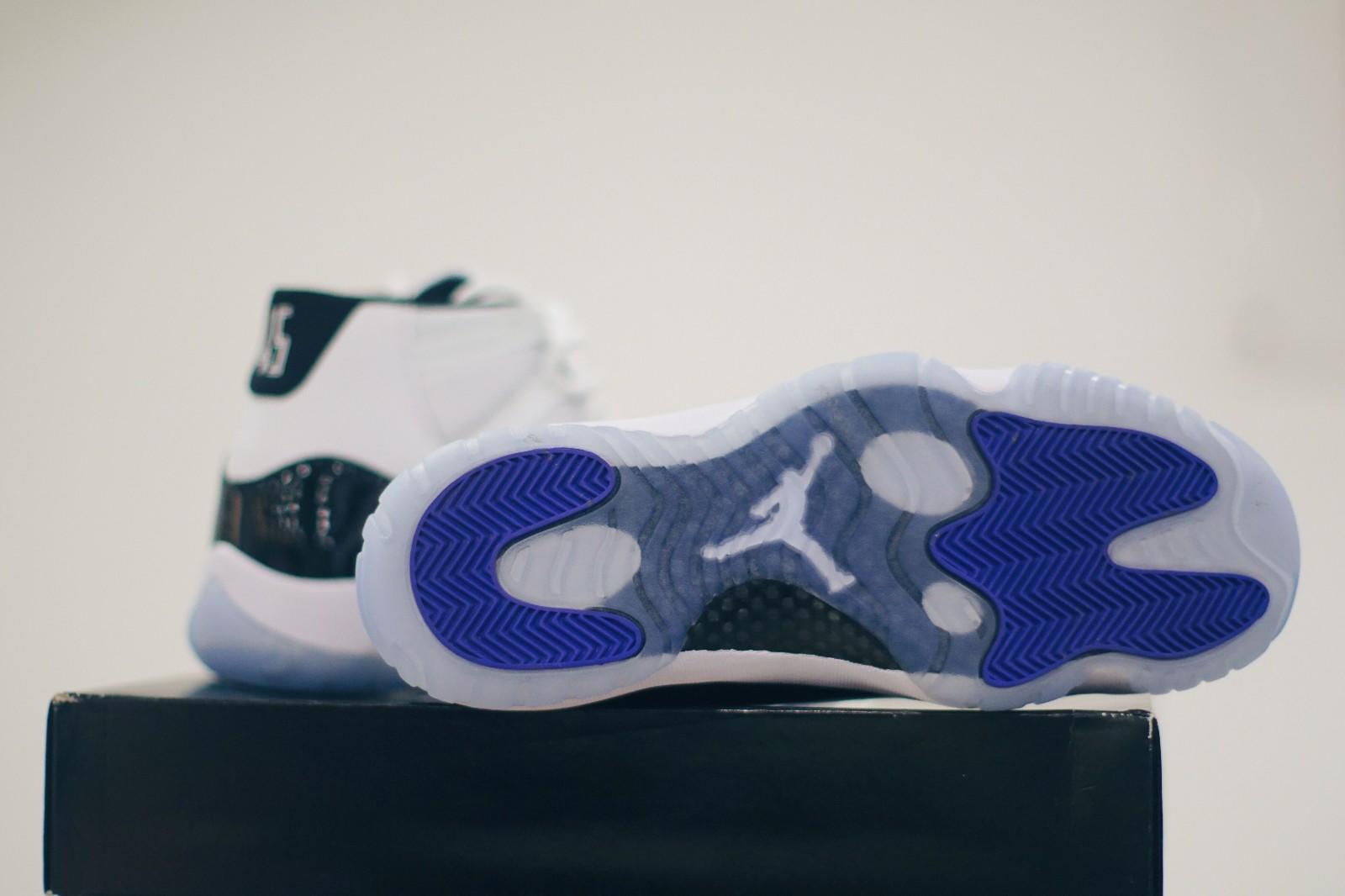 When it comes to the grip, frankly speaking, I have never come across any slipping on court. The traction just hugs the floor so well though it would sometimes attract dust to the surface. But whether dust or not dust, there is not much influence; hence, there is no need wiping frequently, which saves you much time. The grip, I believe, is ample; if you are into outdoor court whose environment is not so bad, the grip is ample too let alone indoor floors——sufficient! 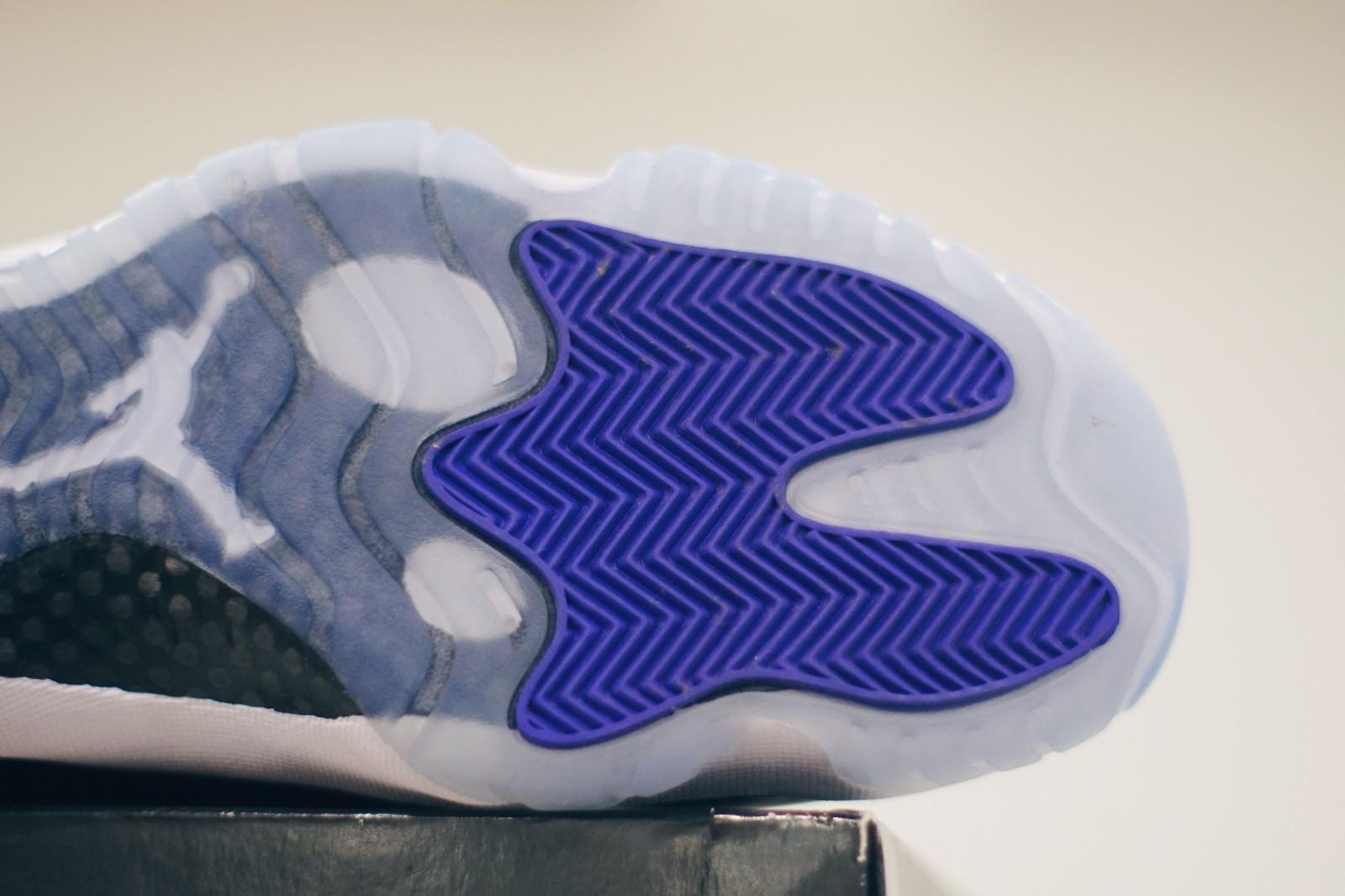 When start-up and breakthrough are needed, the outsole offers you all-directional grip. 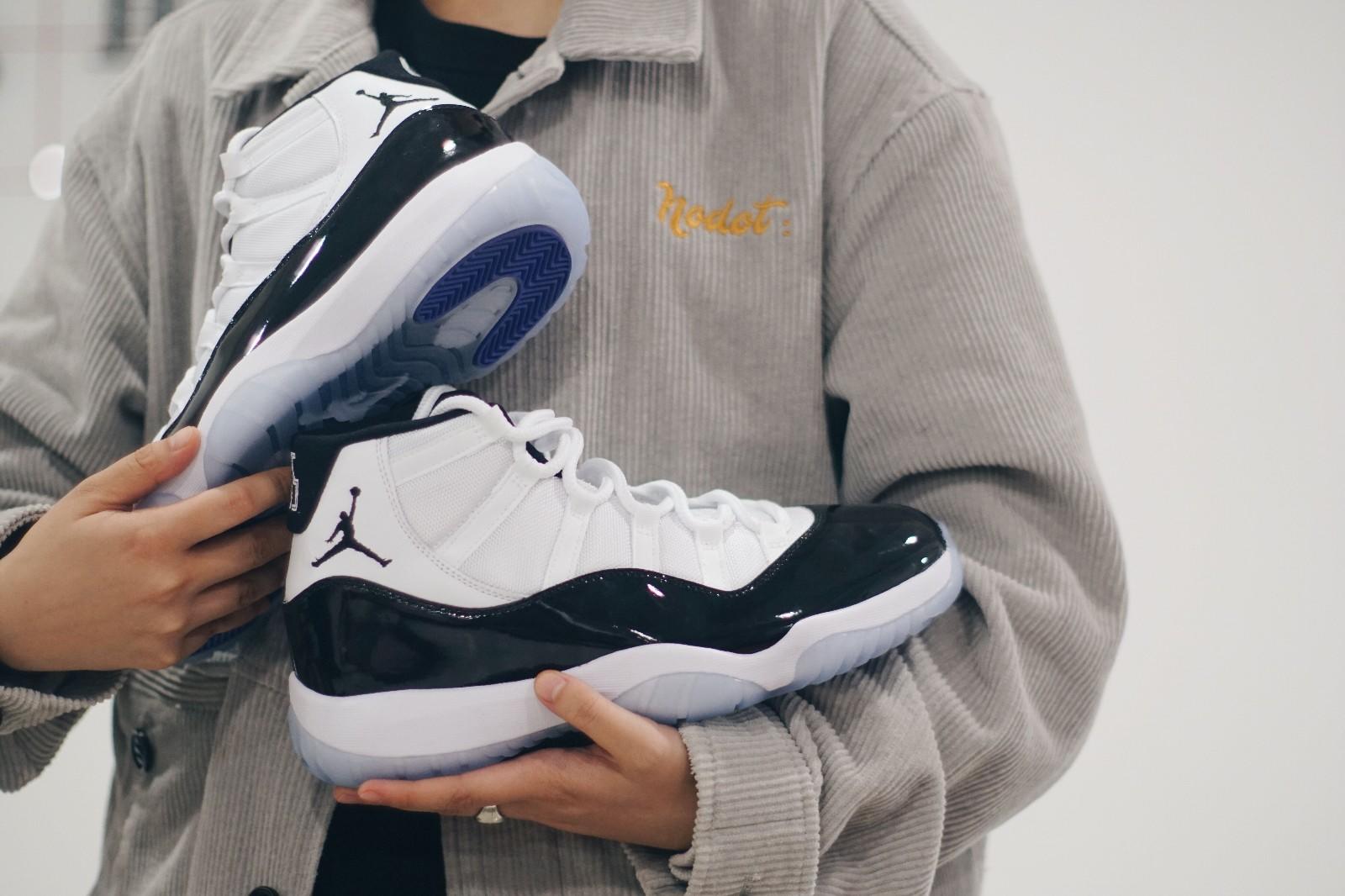 However, not that the pattern the prettier, the better. A shortcoming of the traction is that as time goes by, it would turn yellow as a result of being oxidized. 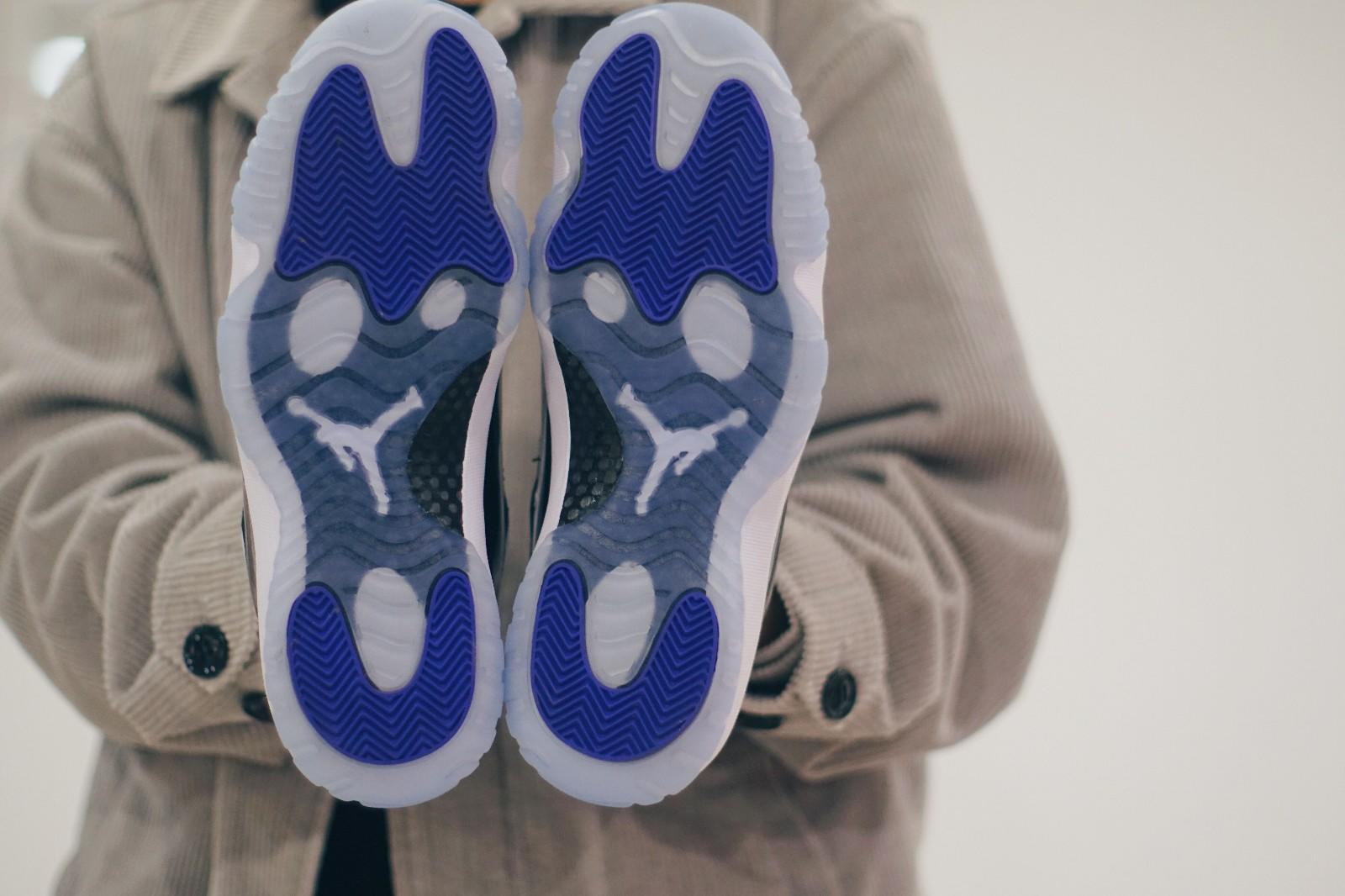 With respect to the wrapping, I am quite pleased with. But anyway, only when you try them on can you experience the tight and superb wrapping——this is true of the fit.

Besides the lacing system, the large upper and the thickness of the shoe elevate wrapping to a certain degree. To reinforce the wrapping, there would not be coexistence between the thickness an breathability. Thus, breathability in Air Jordan 11 CONCORD is absent, making it unsuitable to wear in summer. 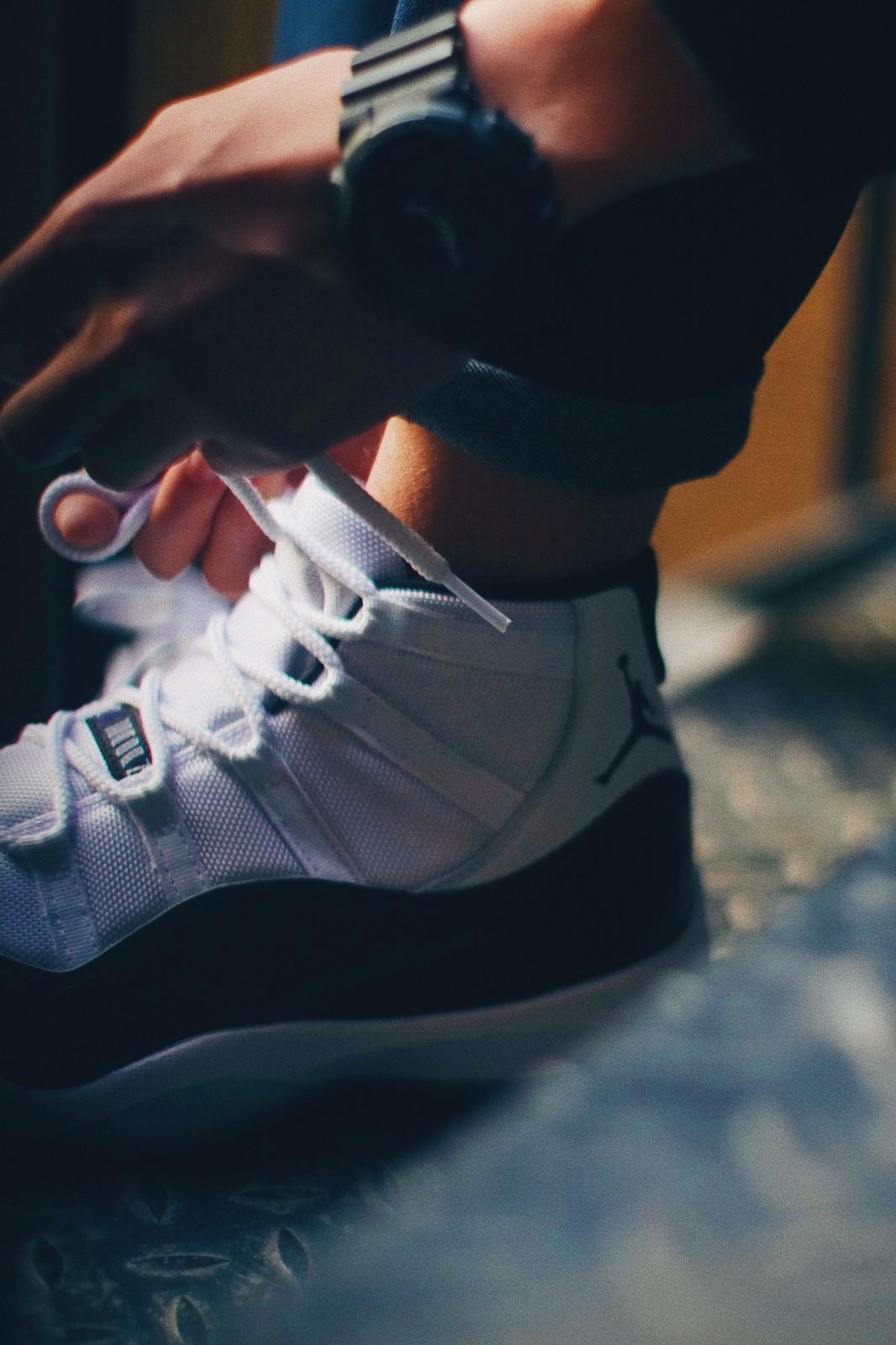 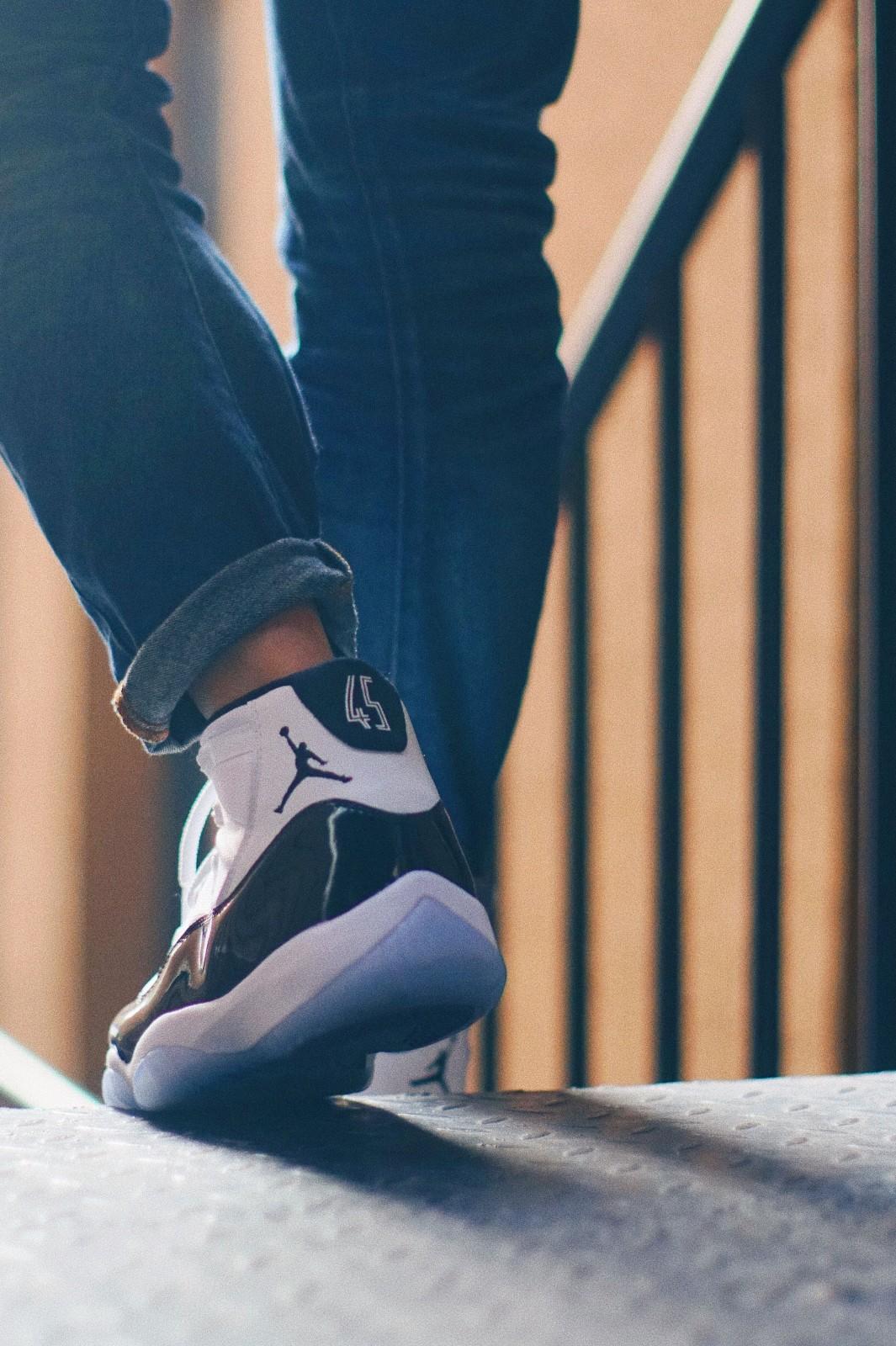 Though not being able to be installed with the latest cushion tech, the cushion setup of Air Jordan 11 CONCORD is OK. For daily wearing, you’ll feel the bouncy Air Sole cushion in the midsole. Well, in fact it can not be compared with some super-strong cushioning technology on the market, for those not requiring much in this part, it is enough to use. Provided that enough pressure is placed, the cushion can still work passably. 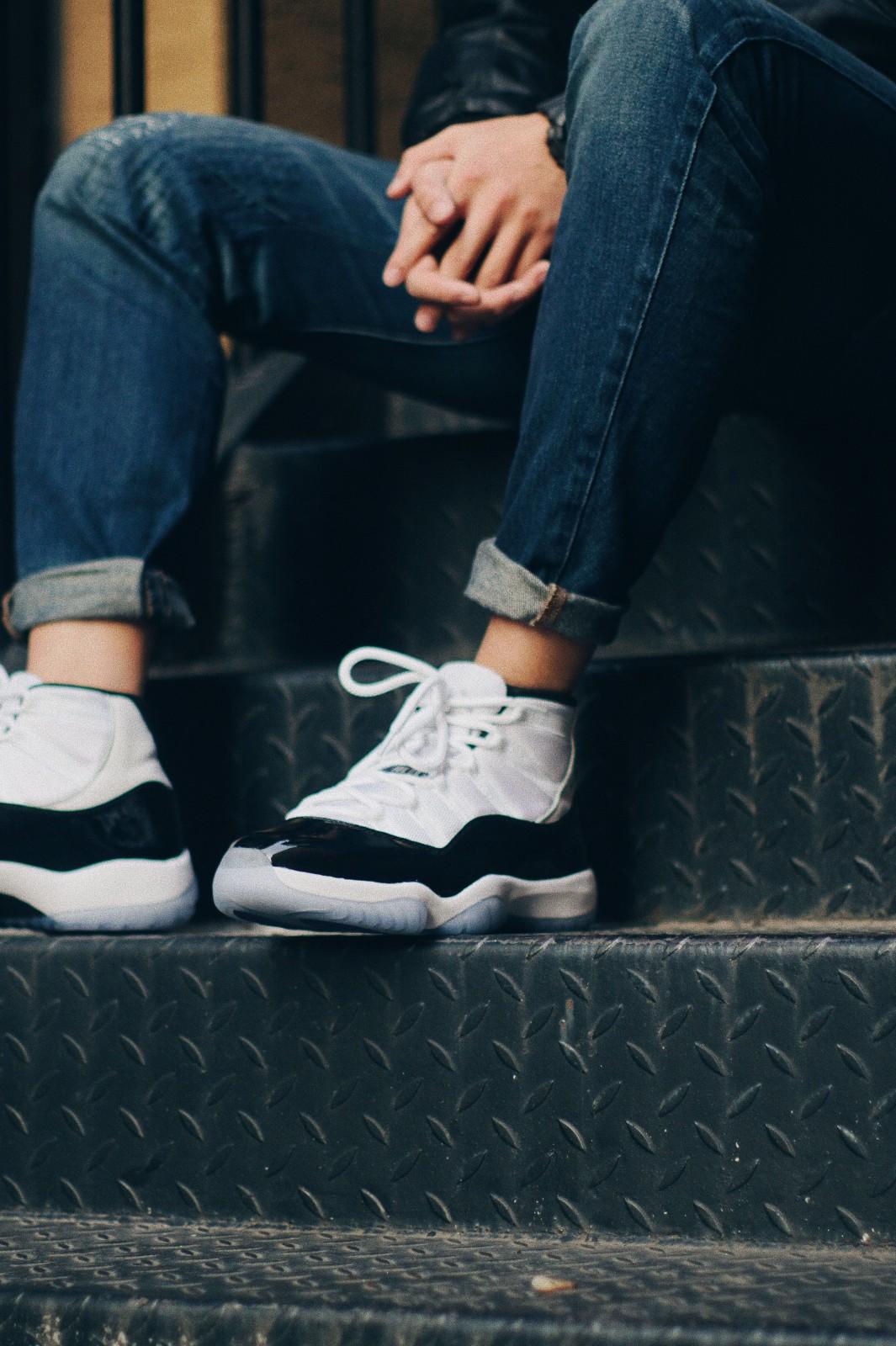 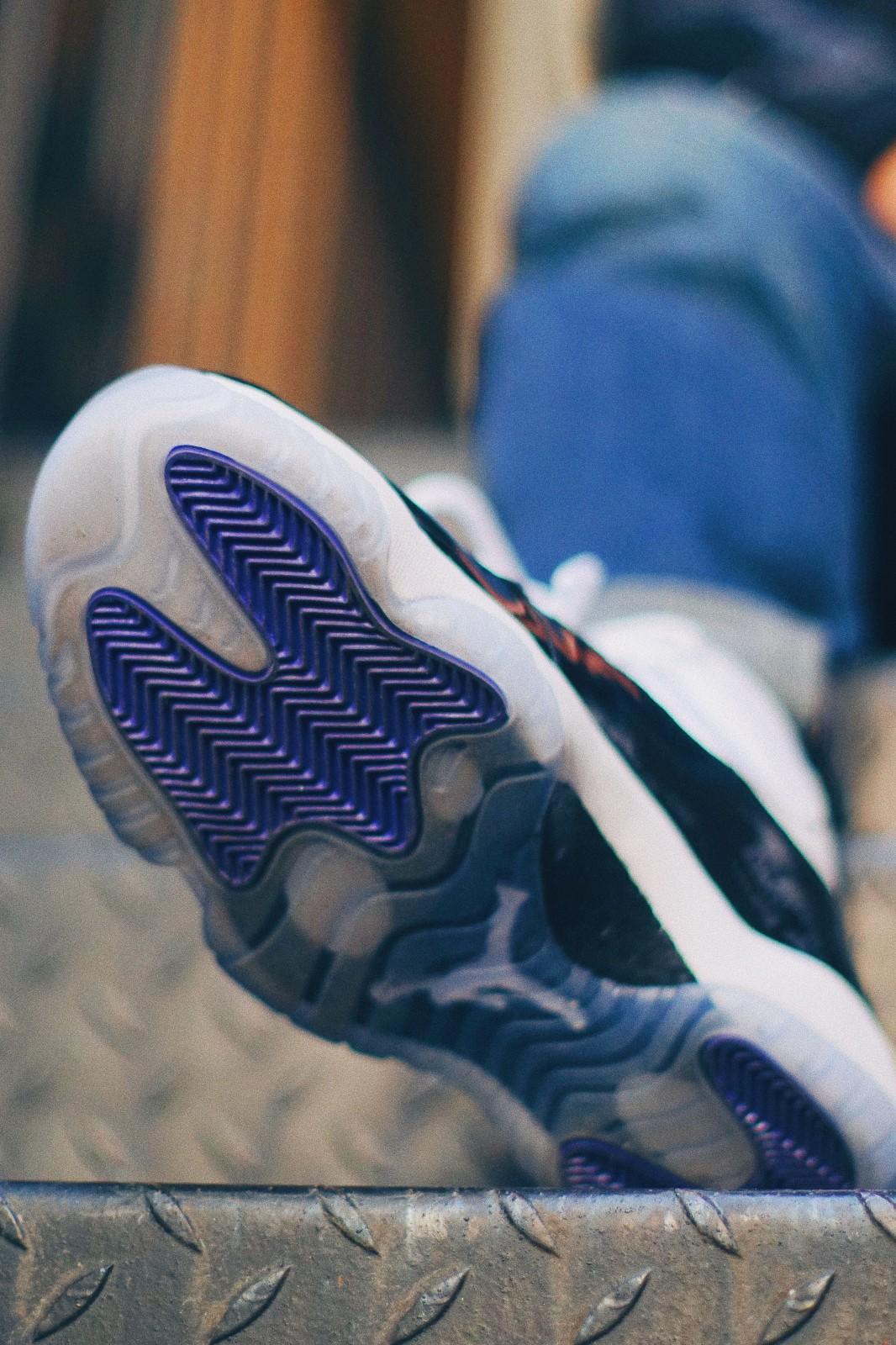 For me, Air Jordan 11 CONCERN fits snug well. The upper wraps your foot tight and makes your foot stay in the footbed. It is quite easy for on-and-off; it fits true to size for most people; it wears secure and comfortable. The above are my personally view and you can take it for reference. 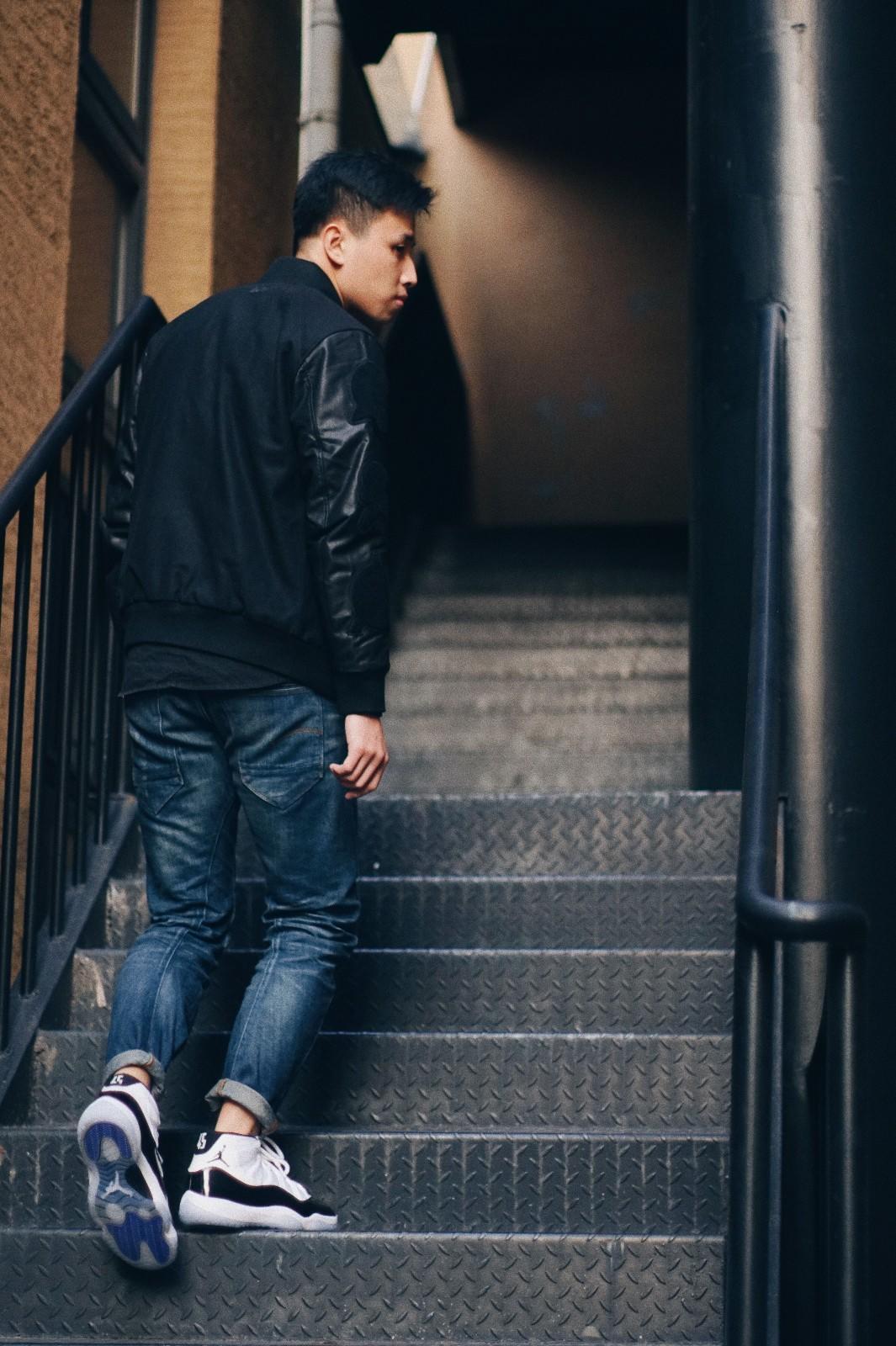 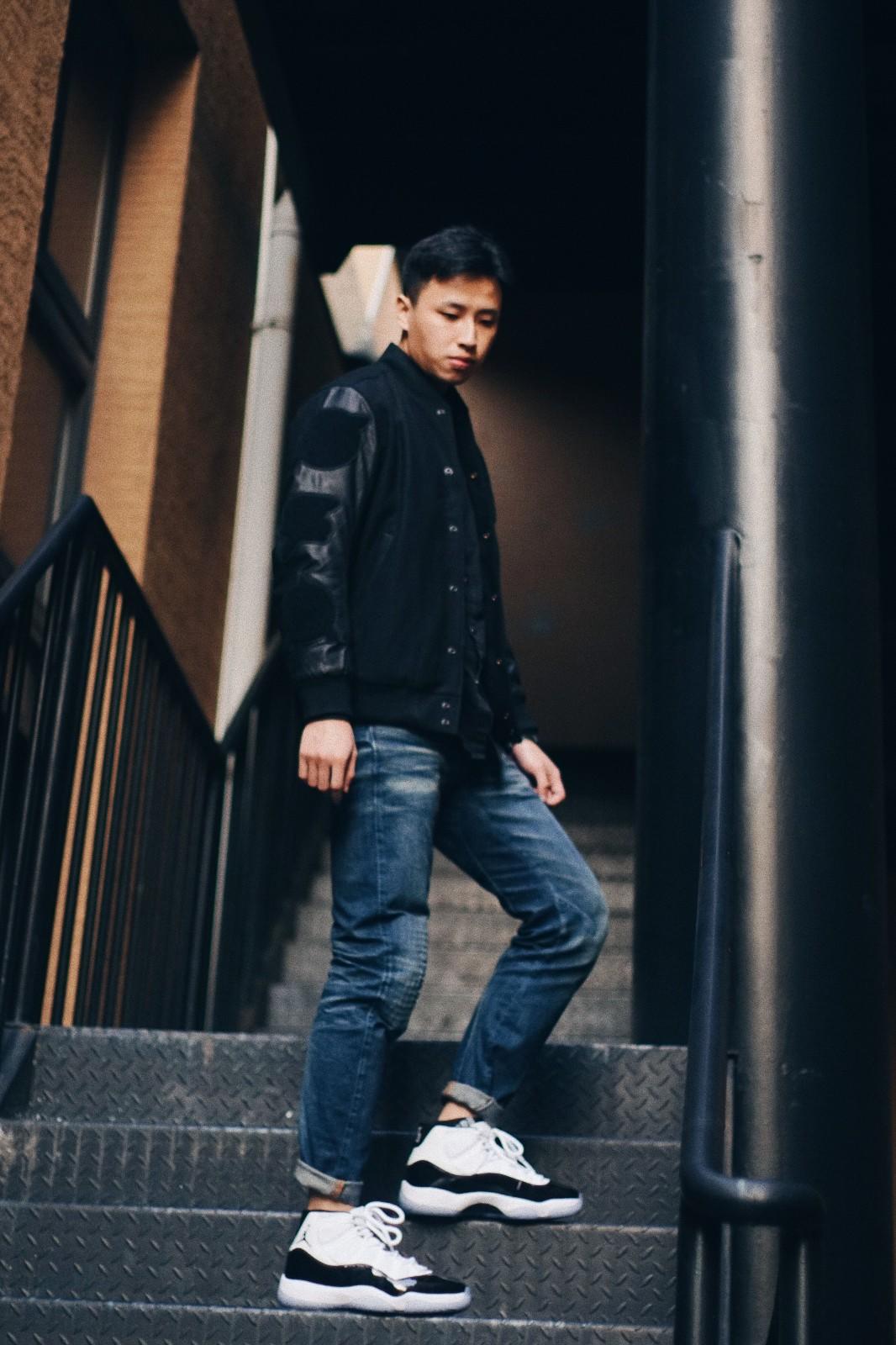 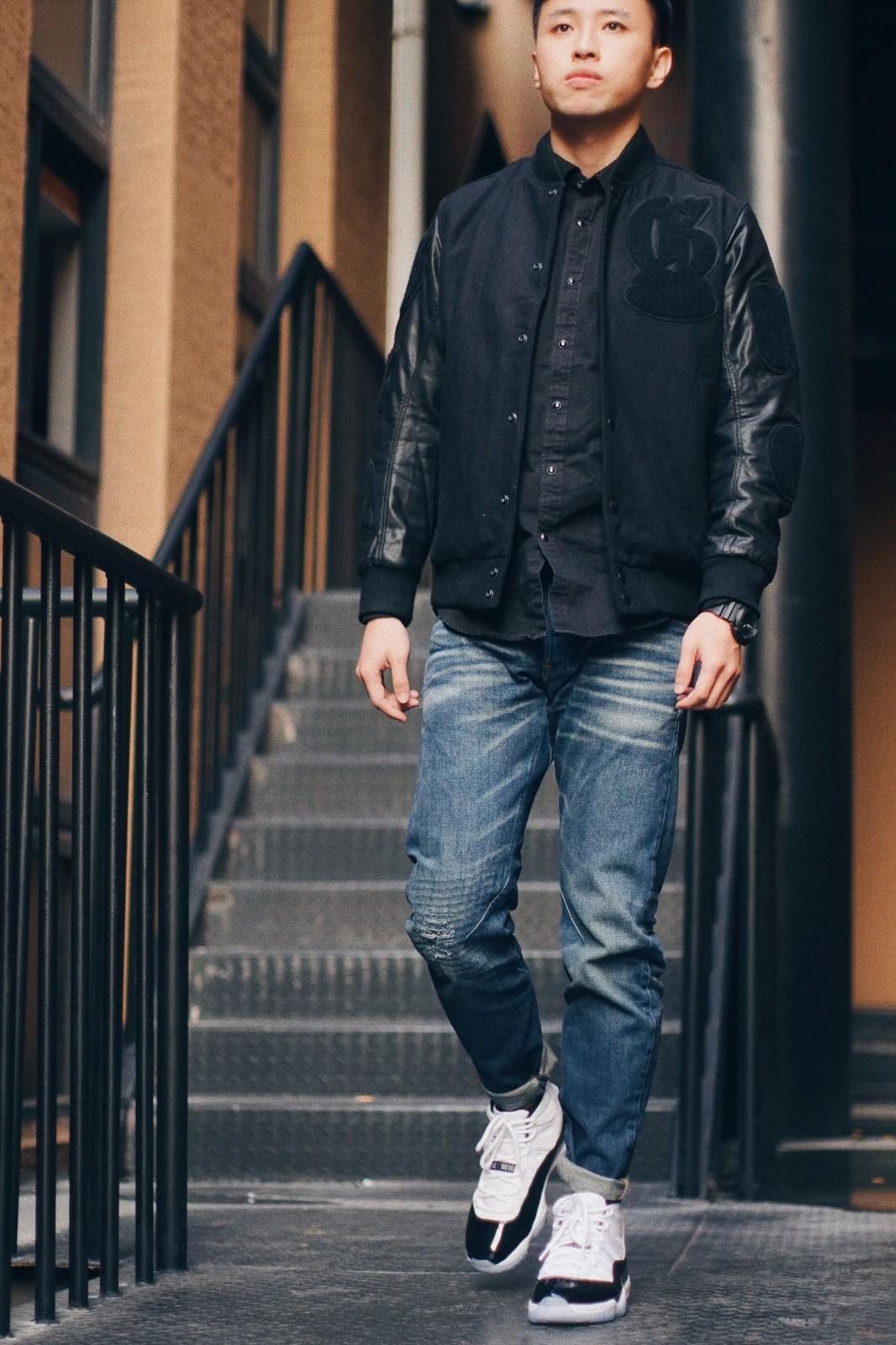 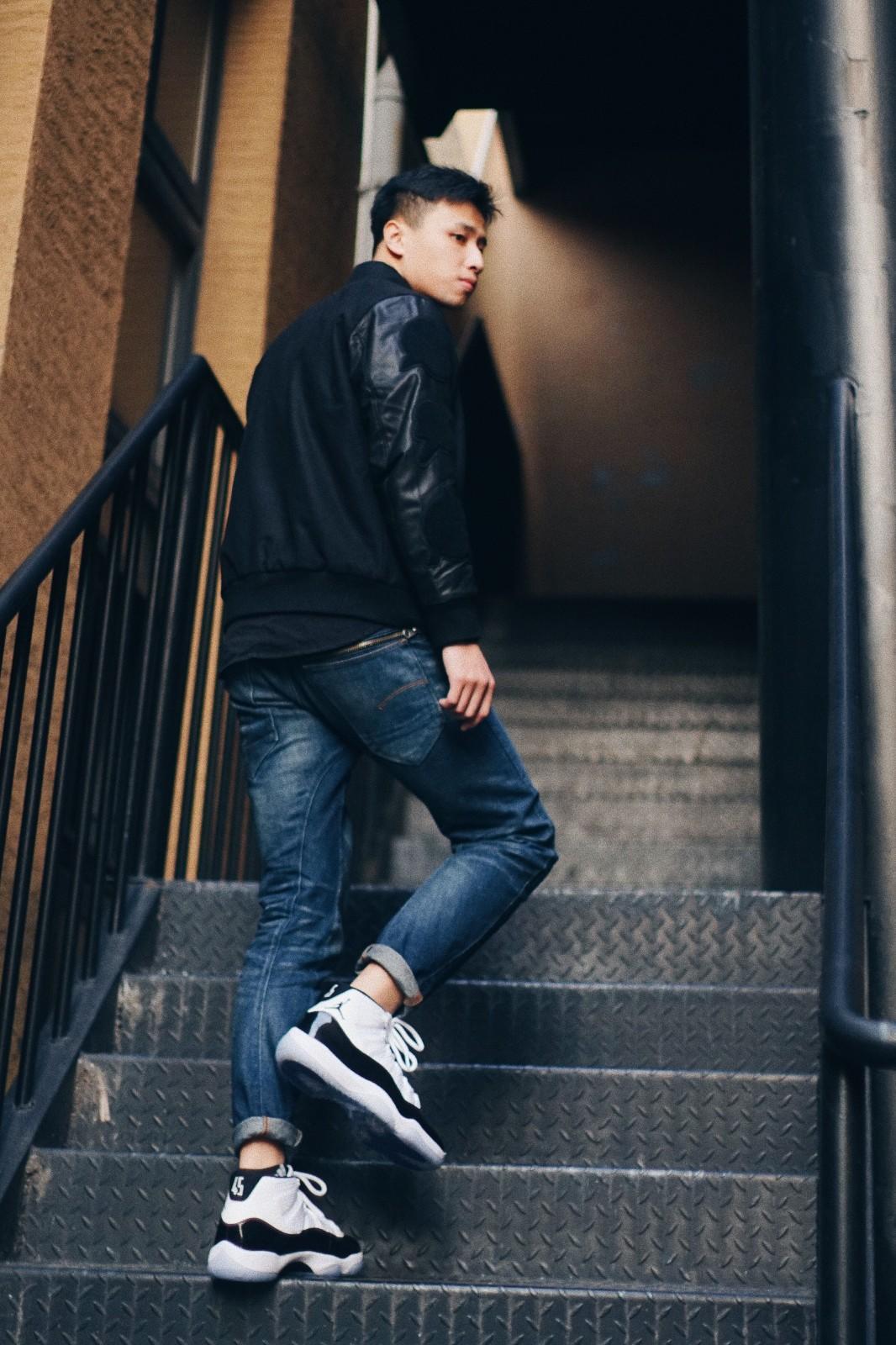 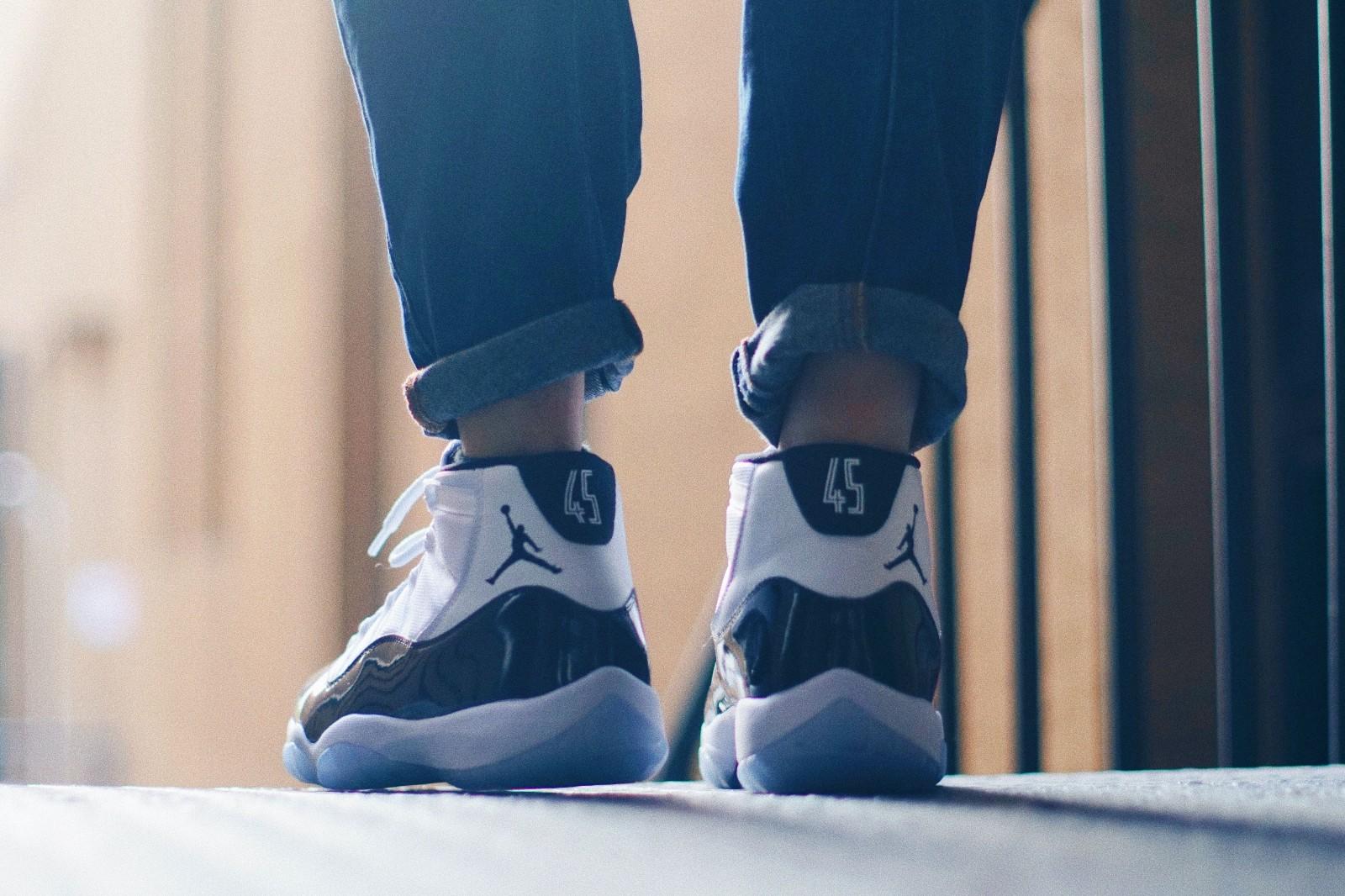 Scheduled to release on December 8, 2018, this Air Jordan 11 CONCORD is now accessible to us all in Jordan stores. Objectively speaking, Jordan 11 CONCORD is not a perfect one. But it can be said to be an excellent sneaker and a reliable companion to some way.  It was not until I gave it enough playing time that I found it suited me so well. If you are willing to have a try, maybe you will be into it like me.