Last year, I was fortunate enough to come across the discount of Kobe ad mid. So, as a loyal fan of Kobe and Kobe sneaker, I surely wouldn’t let the opportunity slip by. Immediately, I bought it with the lowest price I’ve ever seen. And it is certain that there won’t be any chance as such. Therefore, I feel I am lucky enough to chance to this kind of thing. Here is the review of Kobe ad mid. Please go on checking with me. 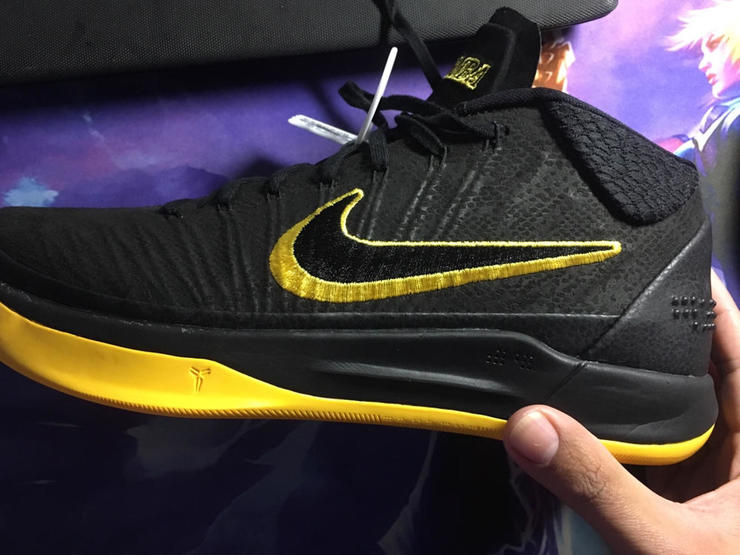 A prominent difference of this Kobe ad mid from other colorways is in the tongue: other colorways are featured with signature and Kobe logo while this one is characterized with the left shoe embroidered black and the right manba. And this yellow and black colorway is a bit unprecedented I think. With the black shoe body and yellow traction, it seems simple, but on the other hand, it is also aesthetic. On the side, there is the symbolic logo, which is indispensable. 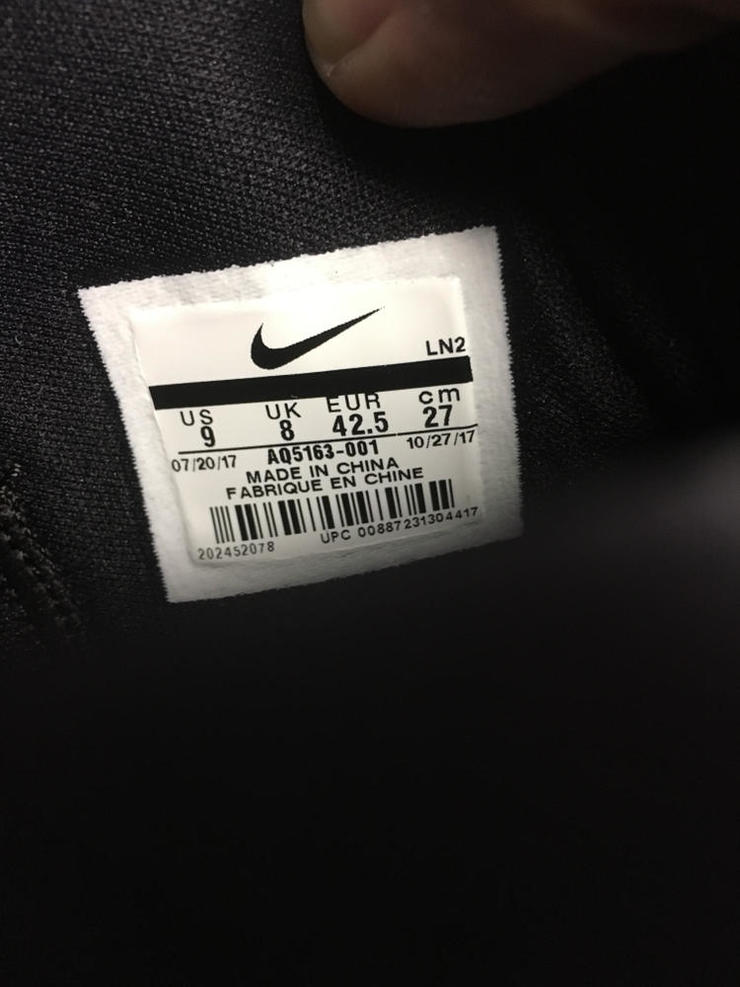 In terms of the setup of  midsole, it is the arch carbon plate + full-foot lunarlon + back large horseshoe shaped zoom. According to other reviewers’ article that the thickness of the back zoom is 14 mm which is twice the thickness of the first version of AD. Actually, during the outdoor experience, the back zoom is much softer than the first edition. Besides, the forefoot offers more transparent feeling. And if you place more pressure on it, it gives you more feedback. But as a result of the lunarlon materials, it is reasonable that you may feel it isn’t bouncy enough. 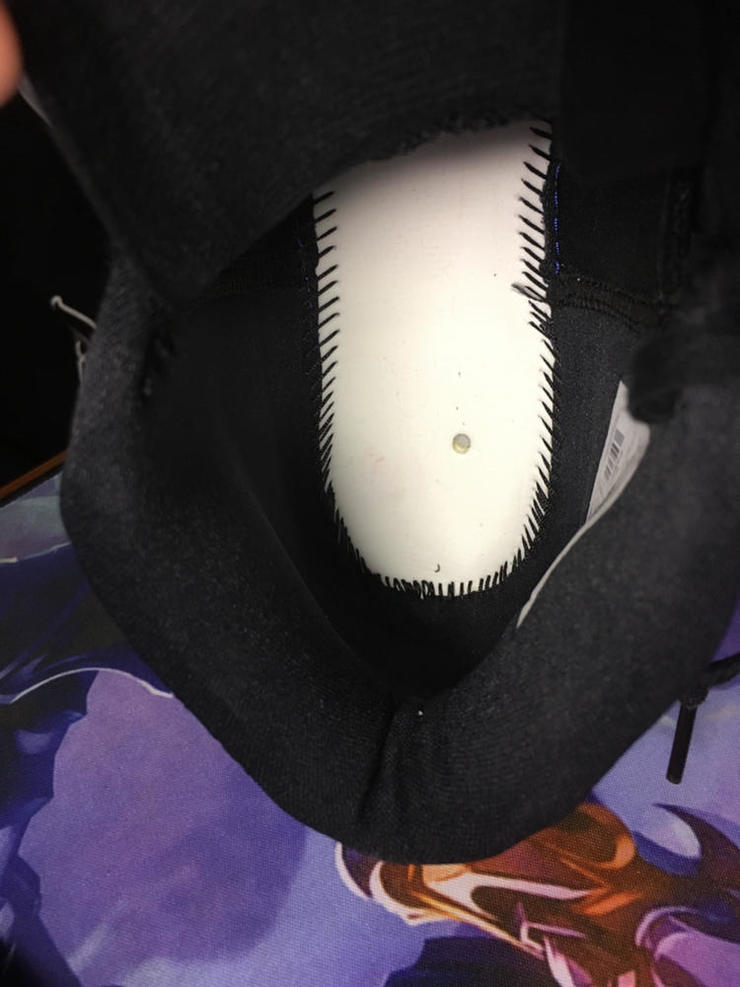 The support and wrapping, for the most part, result from  the suede upper and the anti-rollover design in the midsole. Theoretically, such kind of luxurious setup should have gained a large amount of popularity, but it just turned out to be an average sneaker.  When you are running, the hard upper will protect you from slipping down. But it is also as a result of the hard upper that the wrapping enhanced by the Flywire is greatly declined. Therefore, this downside should result in the extra room inside the shoe, thus further bringing in the not tightly fitted wrapping. To tell you the truth, I felt not so comfortable in my dynamic playing, which might be closely related to my foot type. 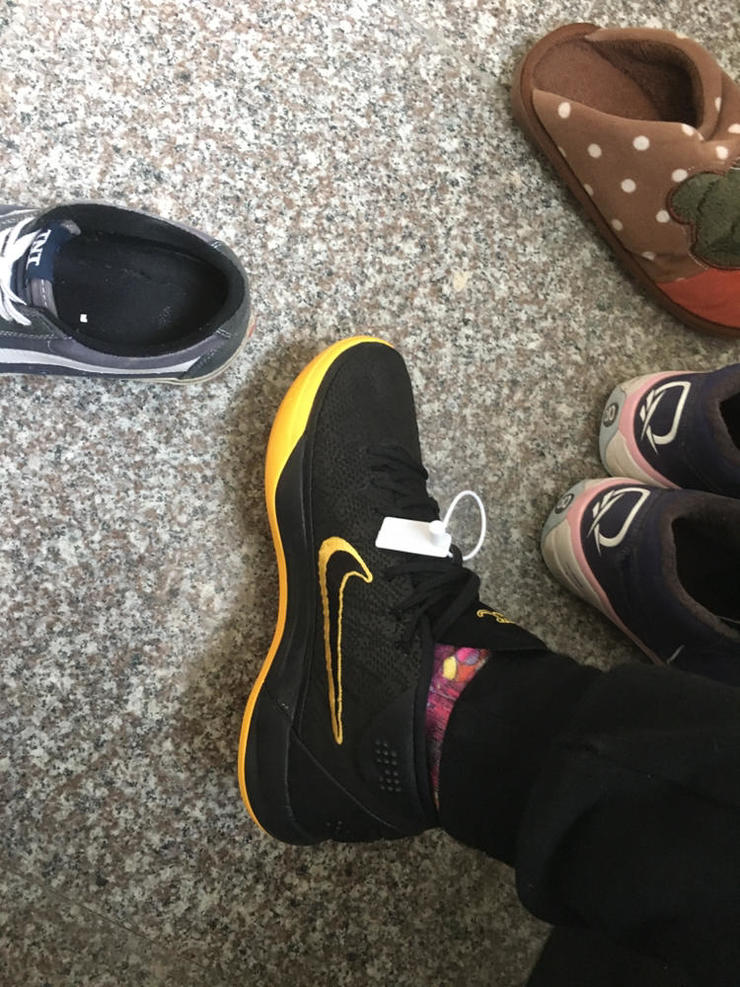 Looking at the yellow traction, though without the support of XDR, it still grips very nicely. It just reminds me a lot of other sneakers who claimed to have the support of XDR. For the record, for all having no XDR, it is not in the least worse than other shoes. I should admit that for me this is the most satisfying respect of this Kobe ad mid. For those who care about the sound that the traction makes, it might be a bit loud–compared with everyone else in the gym, it sounds like screeching. But that doesn’t equal a bad performance. On various kinds of grounds I’ve tested earlier, it could handle with them easily. Above all, it has a very good durability which ensures a long-lasting company. 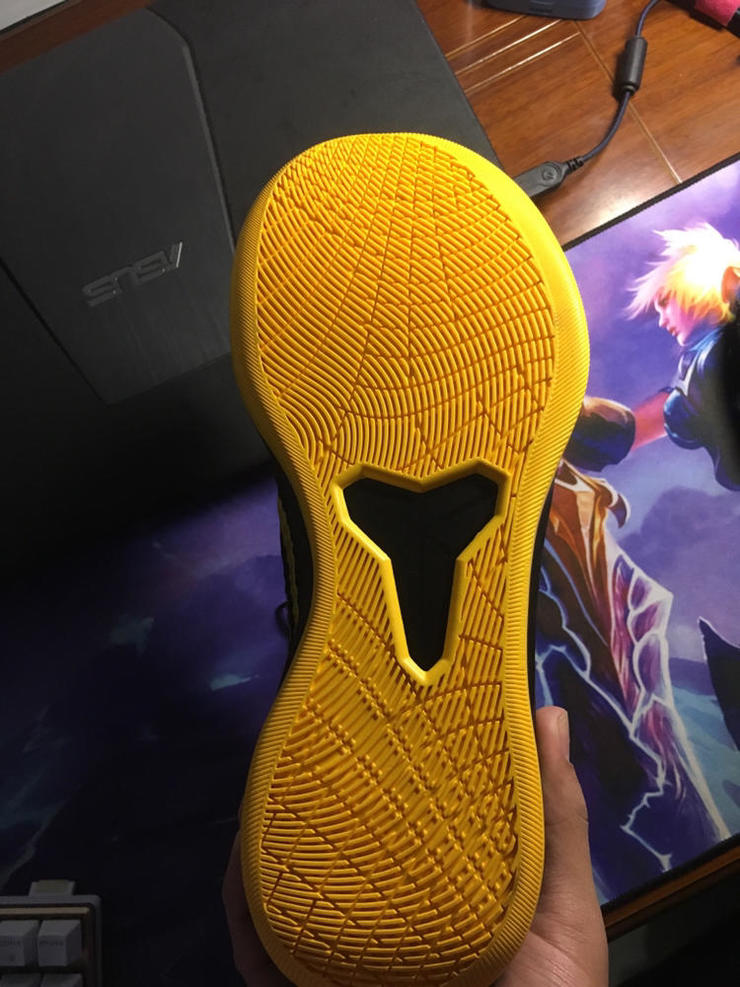 Well, for all the sneakers I bought, this Kobe ad mid  is definitely a special one for me. To some extent, I like it very much and on the other hand, it disappoints me a bit as well. The cushion and  the traction setup are quite excellent. And I also fall in love with  its “unusual” appearance. However, the wrapping is another point that bothers me quite a lot. Every now and then on court, I have to stop and fasten the laces more tightly, otherwise I might run into an awful experience. Anyway, these are personal feelings. If you are considering purchasing it, you might as well try it on stores.