“James” is a name that will excite most of we fans. And in the similar way, his signature shoes will thrill us as well. Followed by the 15th version is the 16th signature shoe of James. It was just recently released this year. This series has, amazingly, tried almost all kinds of Nike’s cushion technologies. But here we are going to take a look at the NIKE LeBron 15. 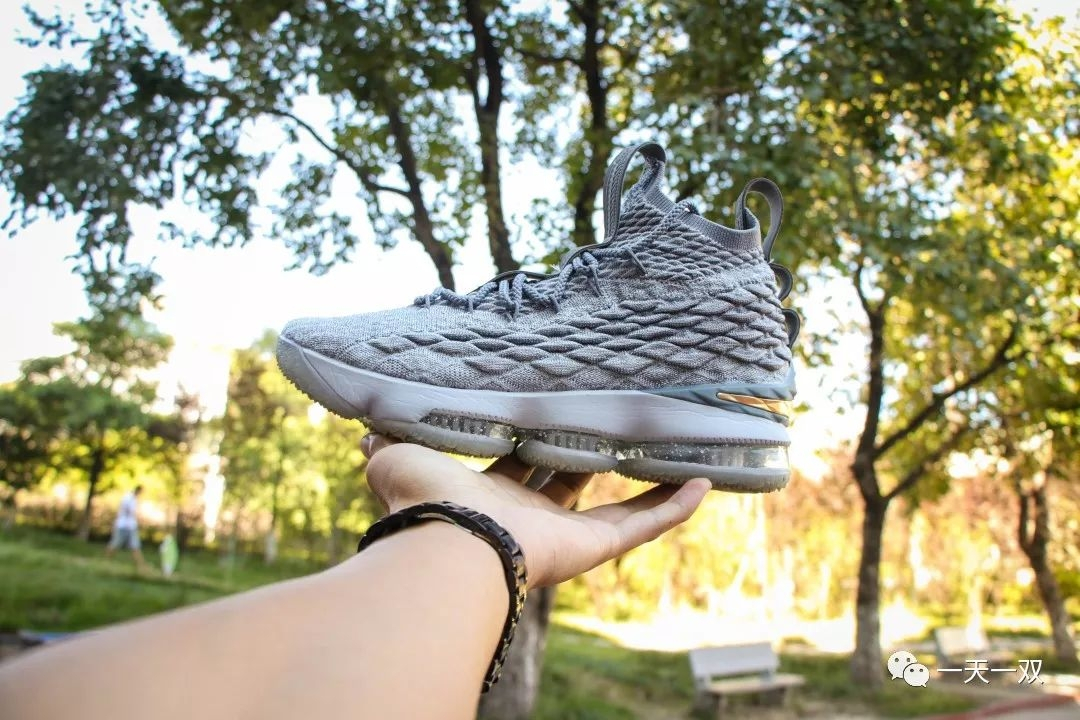 Sneaker collectors enjoy the numerous colorways of the Nike LeBron 15. But this NIKE LeBron 15 featuring grey is said to be the most popular model among the series. Besides that, the BattleKnit upper offers a super nice foot feel which is more comfortable and flexible compared with Flyknit. And the dragon scale weave on the side adds more fun to the shoe. Anyway, go on checking the shoe with me. 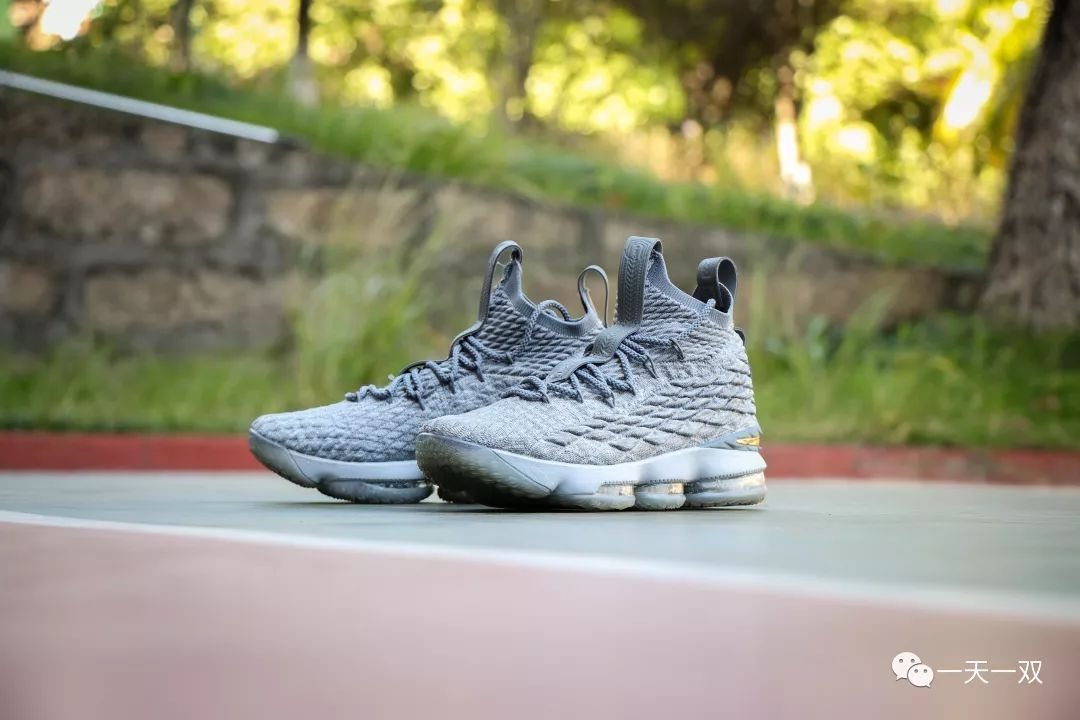 Looking at the front part, I am quite astonished at its idiosyncratic appearance. This NIKE LeBron 15 mainly features a grey color scheme, which seems very reserved but profound at the mean time. Also, many wearers think that the three-dimensional design of the LeBron 15 is aesthetically appealing. 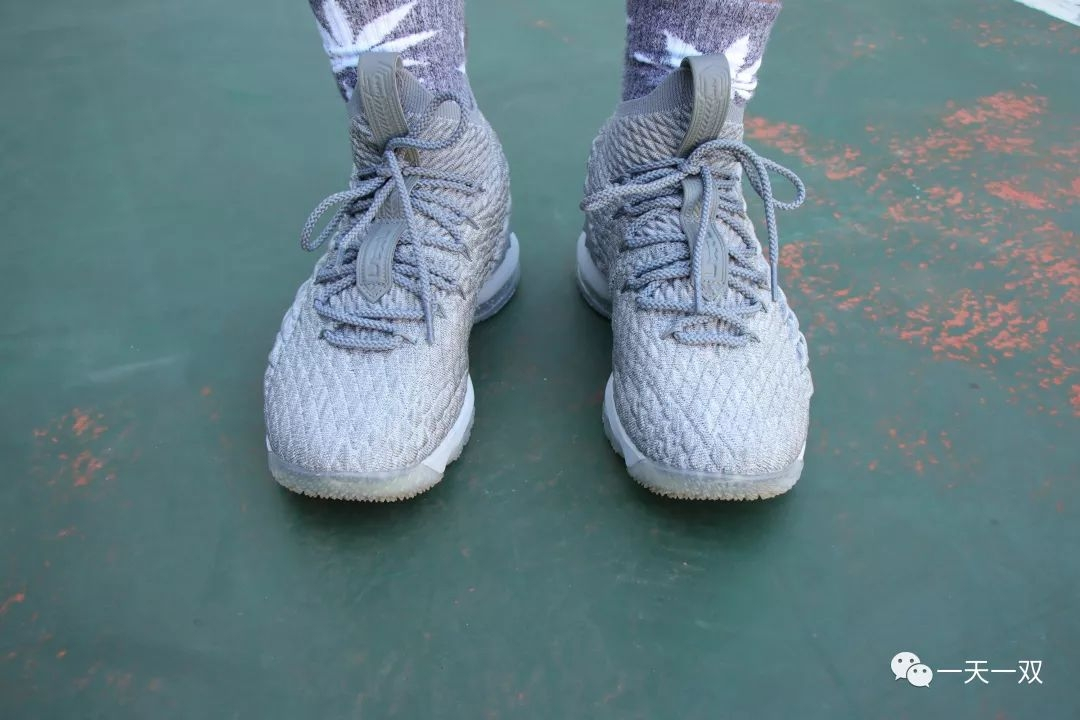 The model has a pliable collar which makes it easy for wearers to put on. And it provides certain support for shoes. According to many buyers, they enjoy its premium, stretchy, and lightweight materials because it doesn’t require much time breaking in. 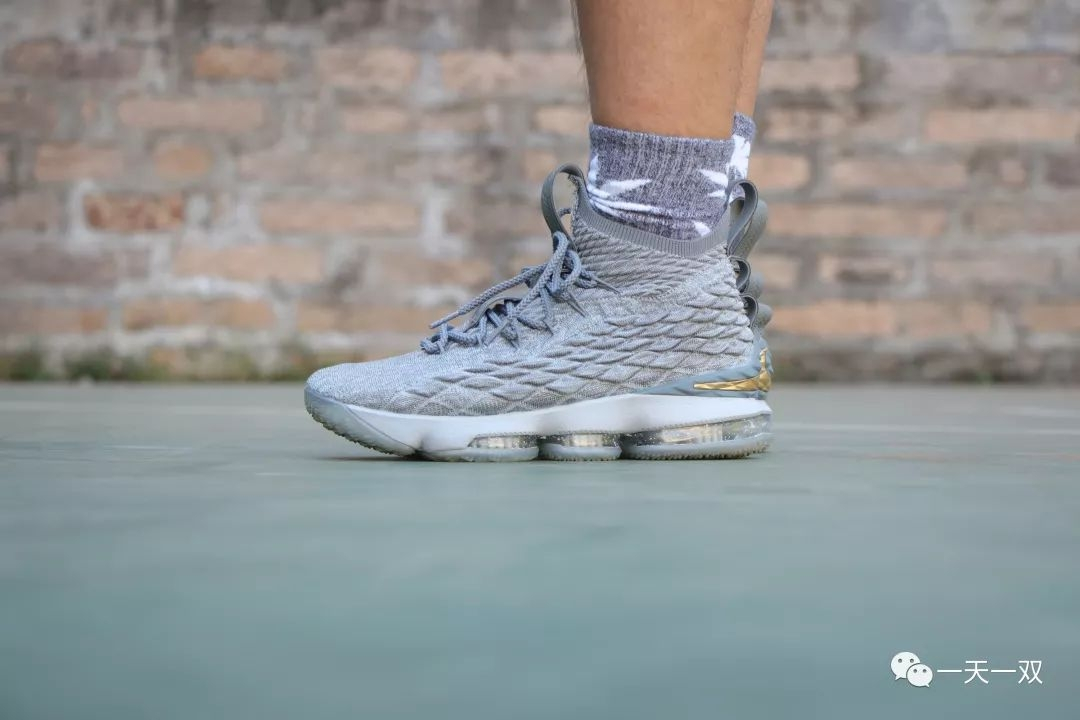 At the heel, the strap makes it easier to put on and take off. The golden swoosh logo below is used as the highlight of the whole pair of the shoes, which will make the shoes more lively. 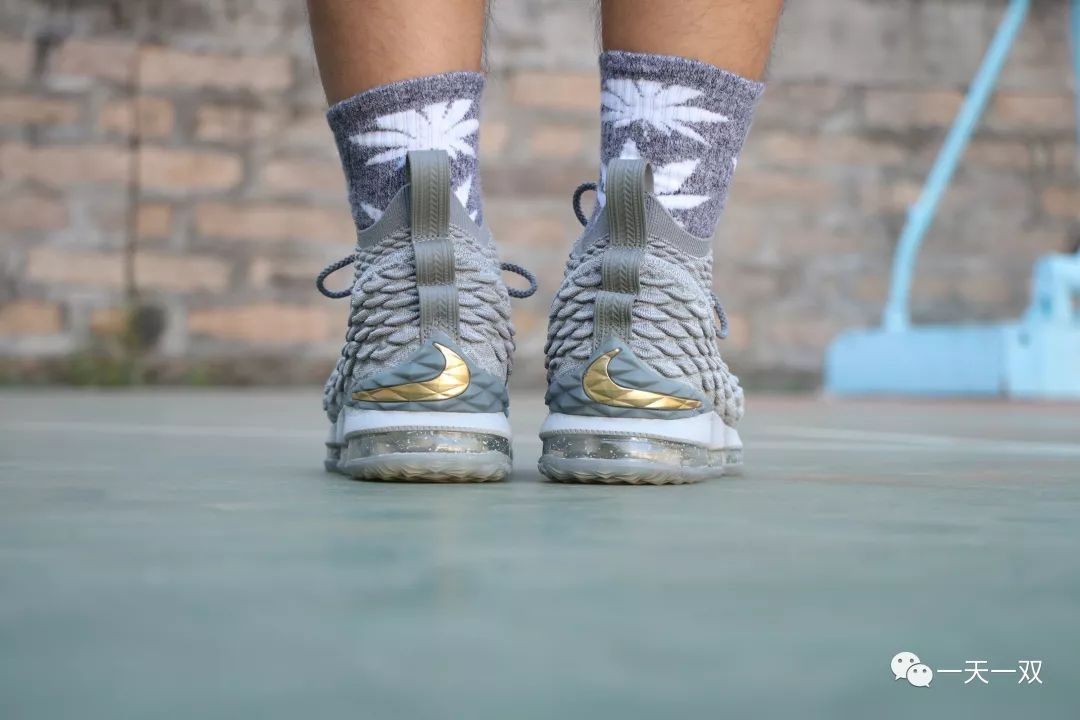 The improved upper material came down as very good. And resulting from this, the shoe becomes very light, thus offering a capable feeling on courts. Many wearers, including me, love the texture, comfort, and flexibility provided by BattleKnit, which is also used in the more recently released LeBron 16. The improved uppers is just so resilient  that it has no pressure on the instep. 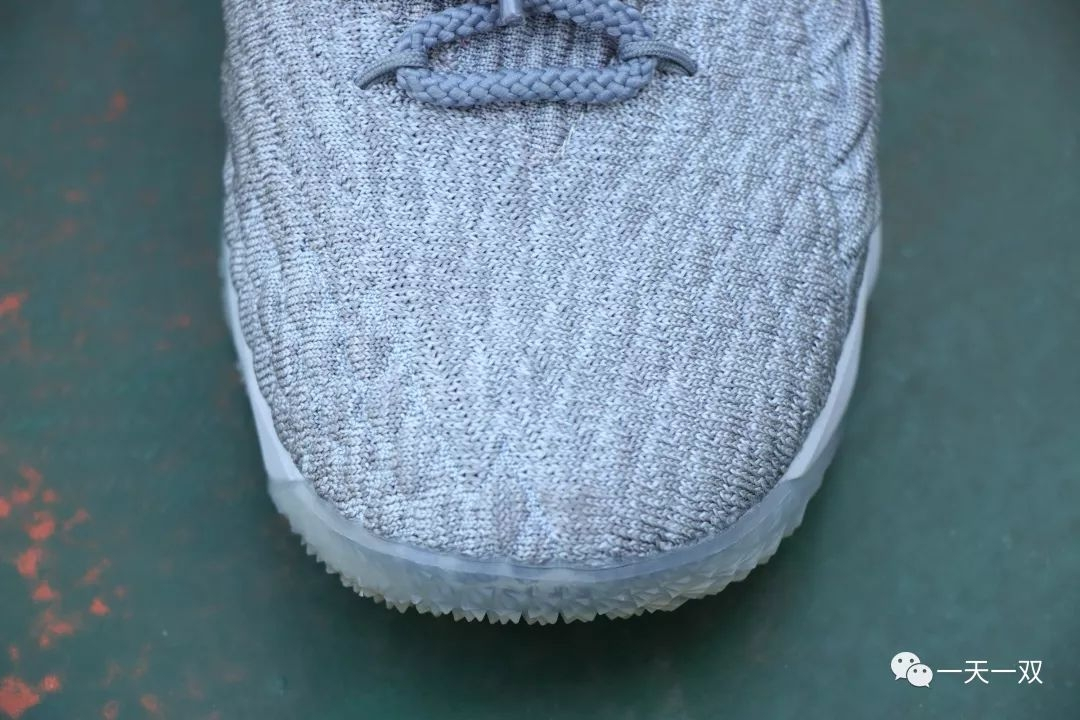 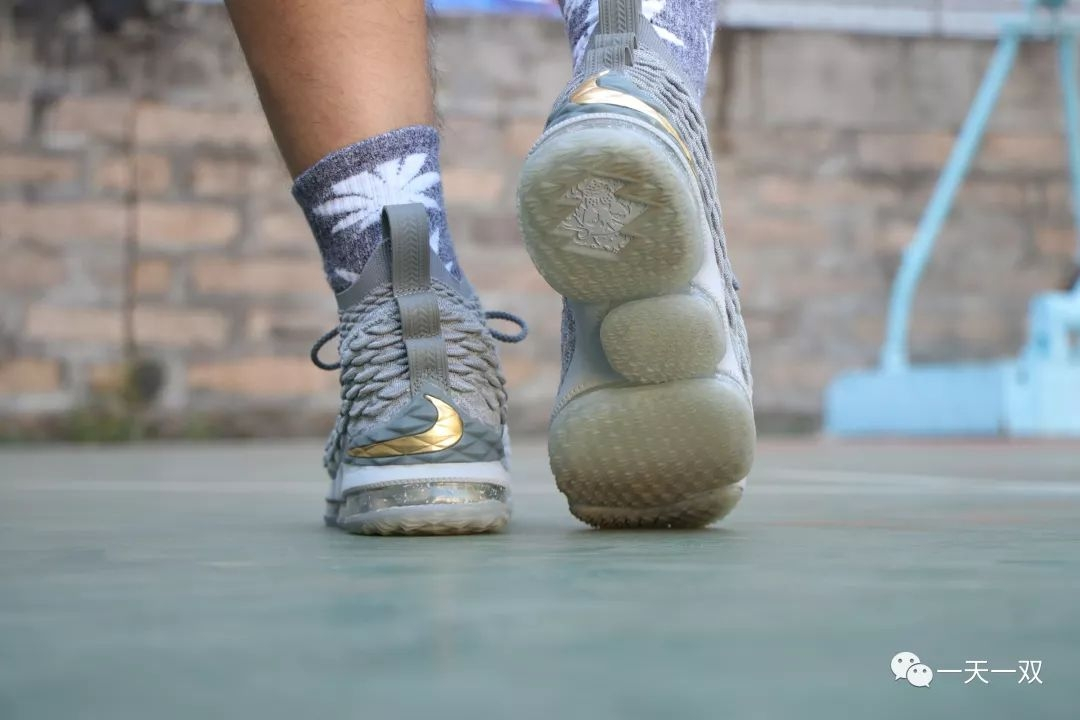 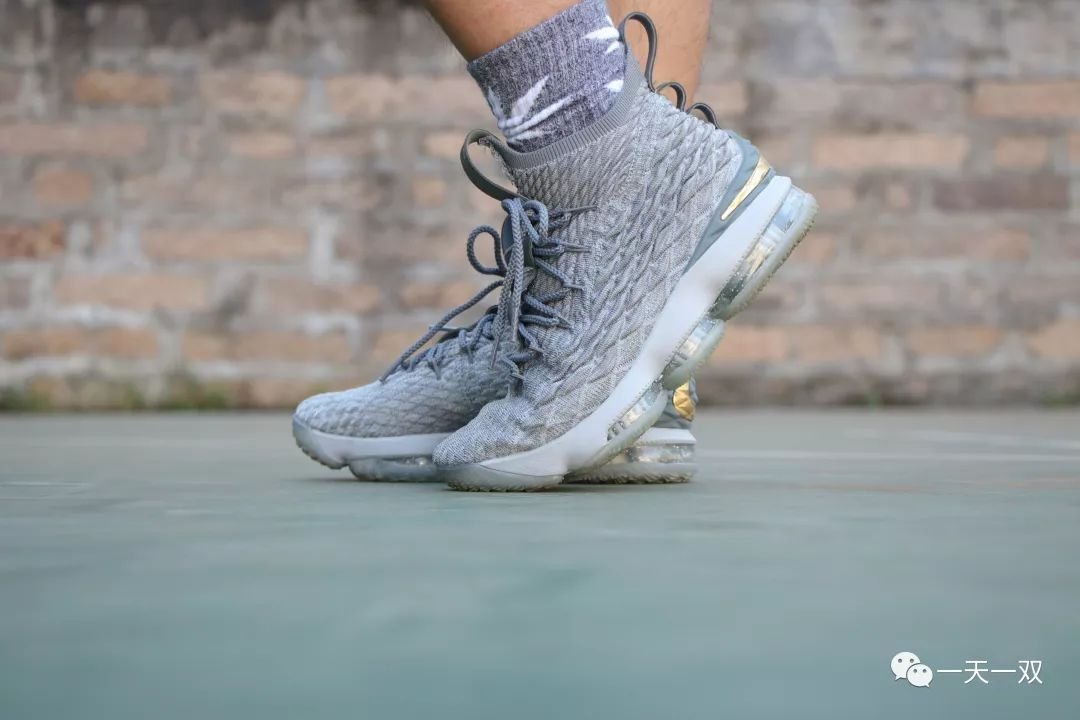 A single shoe weighs 391 grams, which is rather light and flexible compared with some other sneakers which weigh more than 500 grams. 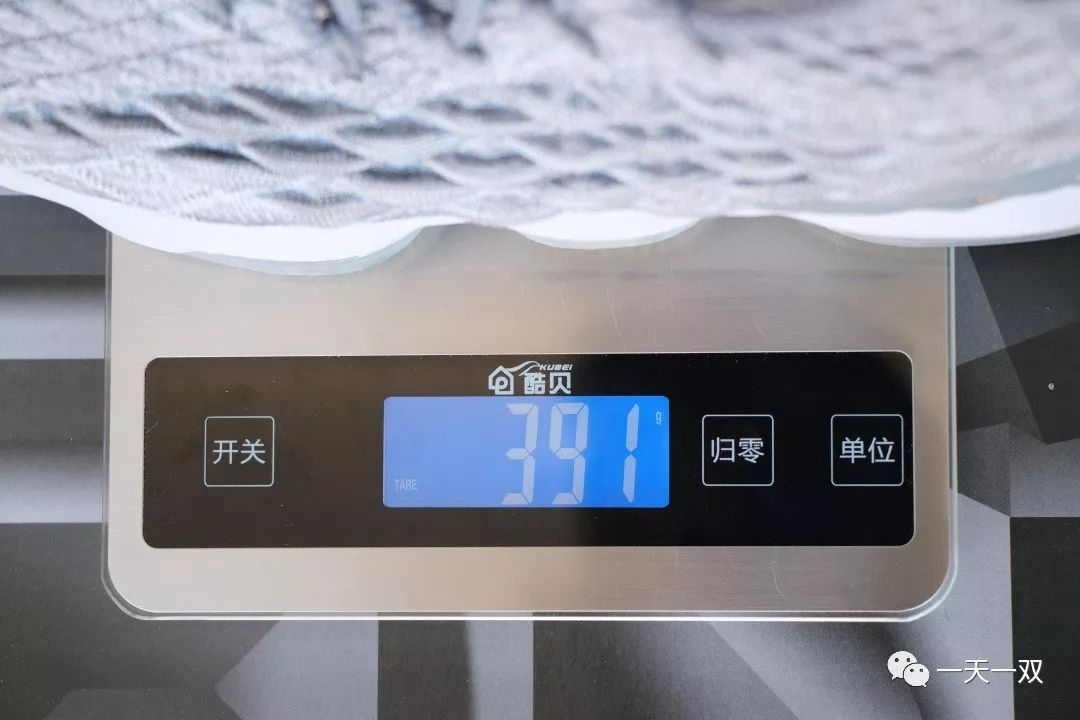 The shoe’s wrapping is rather nice, which should be credited to the elastic braiding design at the collar, coupled with the flying string shoelace system. It offers nothing but comfort! 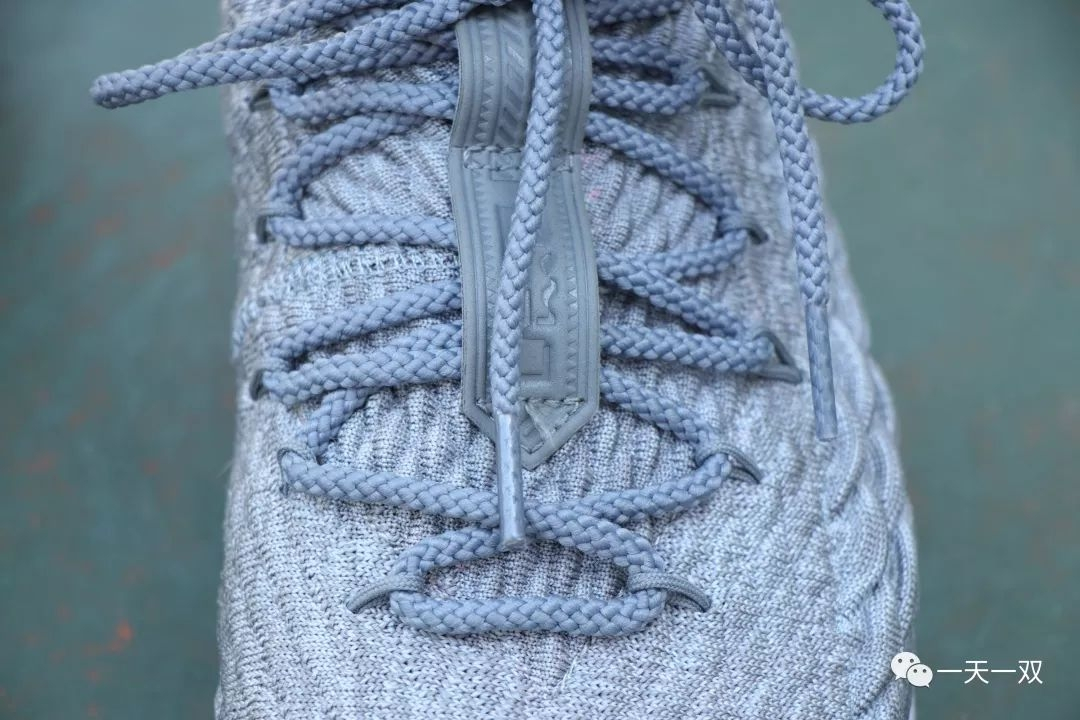 The vamp with different woven ways provides a little support for the shoes, but just a little. In the process of movement, the extend of the shoe’s deformation varies a lot, which largely depends on the wearer’s action, but the wrapping still exists. As for the upper’s support, it performs passably. The upper is super comfortable though, it does not provide enough upper support and foot containment. Other reviewer also remarked that it seems that Nike’s knit technology lacks support since players also gripe about the lack of support in Kevin Durant’s 11th signature shoe. 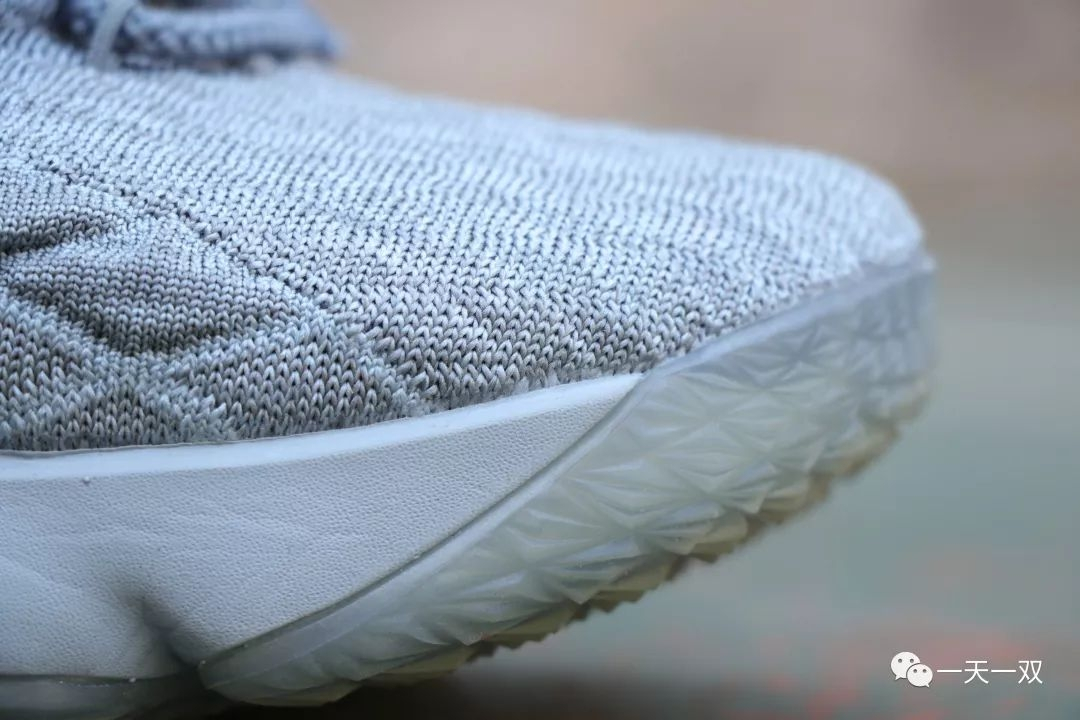 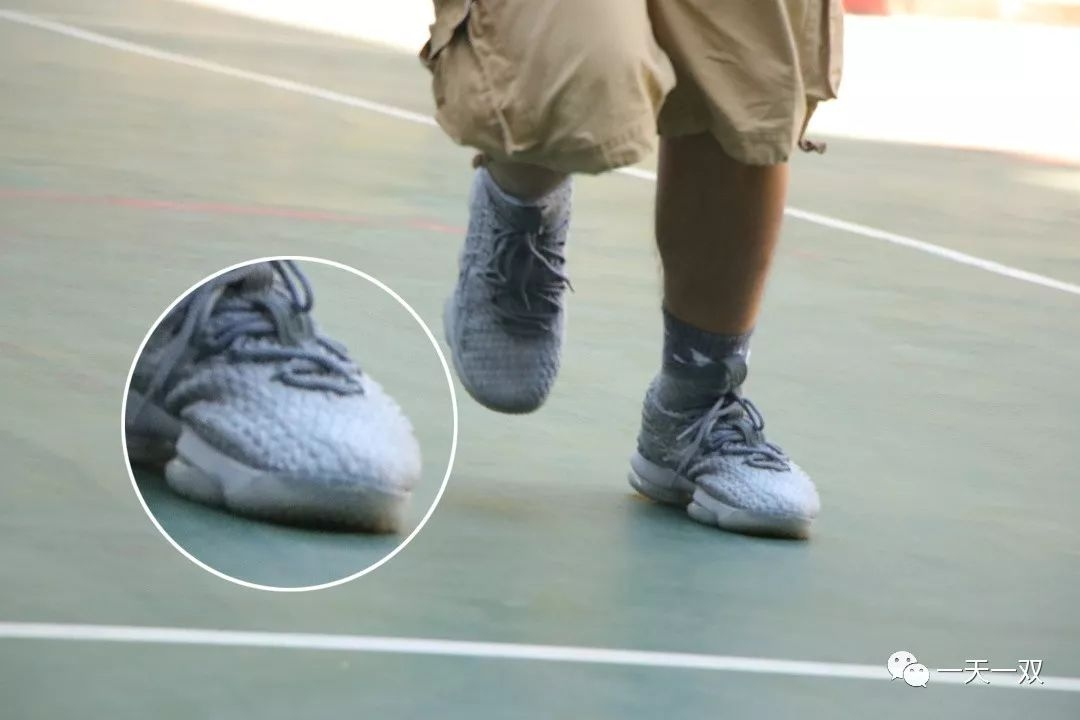 However, despite the fact, it is very surprising that the heel support is nice as there is swoosh’s encircle-reinforced TPU, which provides unusual stability for the shoe and makes up for the upper support. 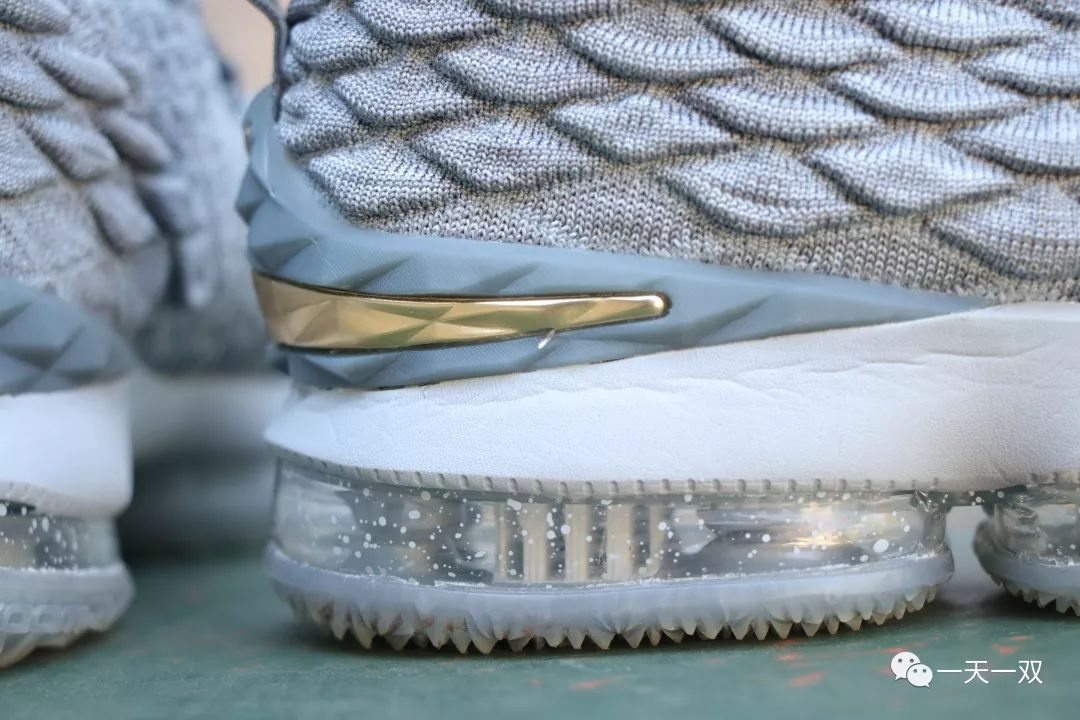 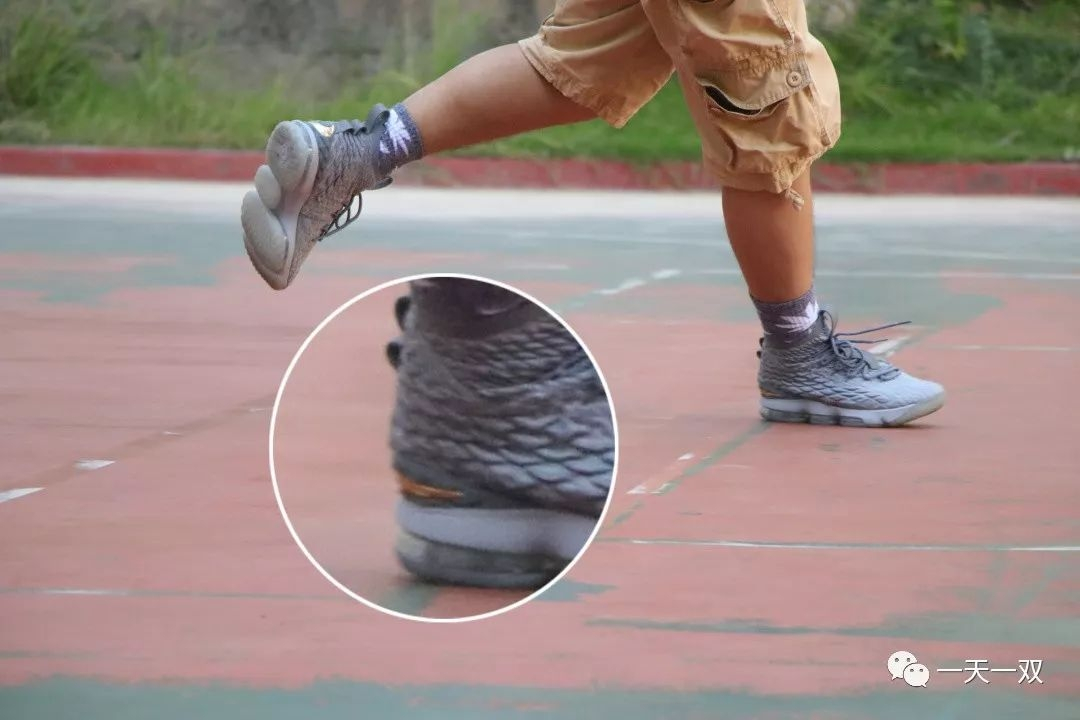 Numerous fans say the deep grooves on the outsole of the Nike LeBron 15 provide a good court grip. Well, this is quite in agreement with its performance: the sharpness of the traction pattern works because the outsole does not attract a lot of dust; hence, wiping is seldom needed. Equipped with a crystal outsole, the shoe as a whole is rather eye-catching and appealing. However, in the spikes of the traction, it can not provide enough court grip which causes foot slippage. But after all, nothing is perfect. And I am sure Nike has tried its best to satisfy us consumers. 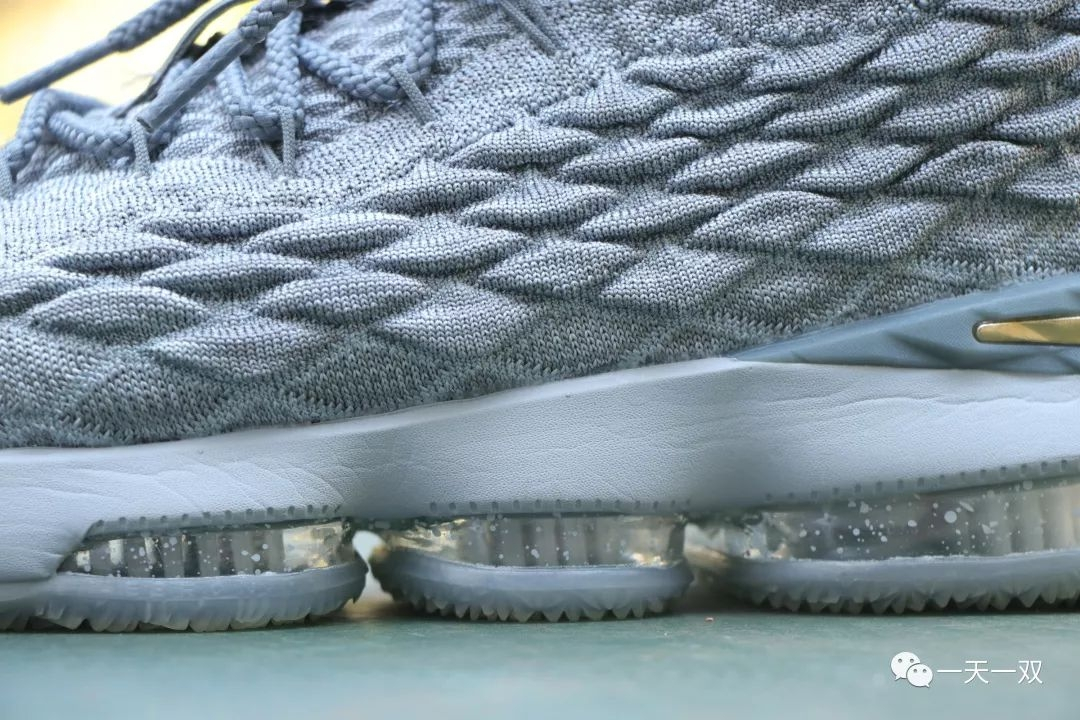 After two hours’ playing, the outsole still remained intact. It simply showed no signs of wear and tear. 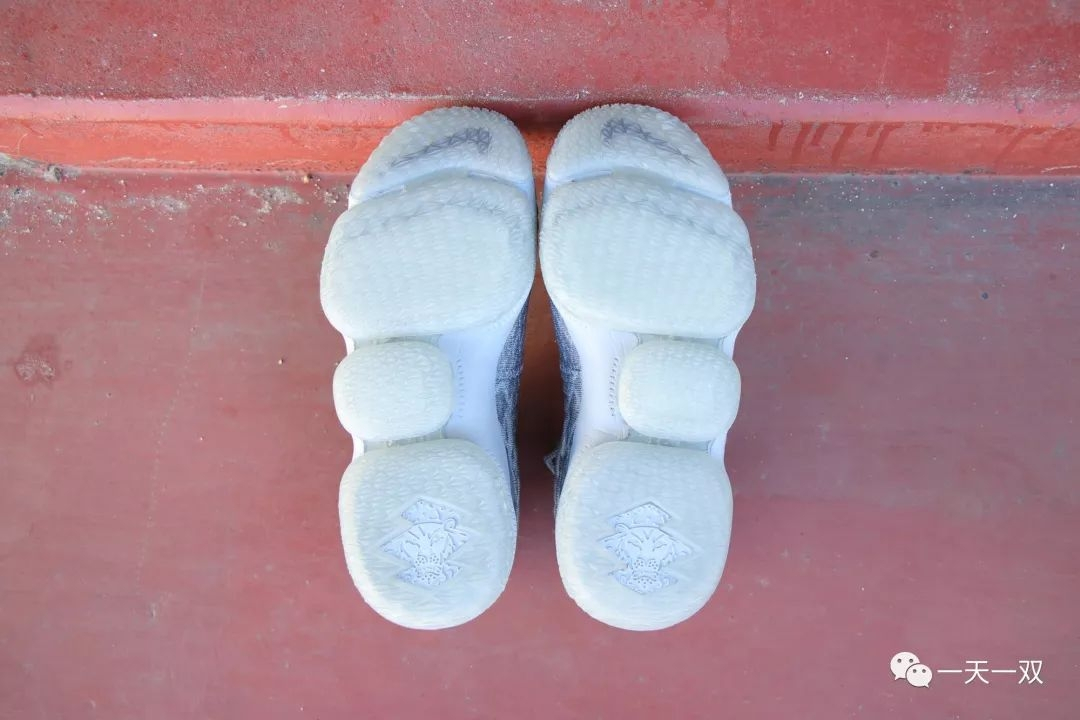 Then for cushioning, you can see that(if you wear it in the flesh) the shoe bounces back instantly during walking even when there is only little pressure let alone running. The LeBron 15 just has really good cushioning because of the Zoom and Max Air combination in the midsole. And when there are high jumps, the cushion eases shock brought to the joints by gravity. 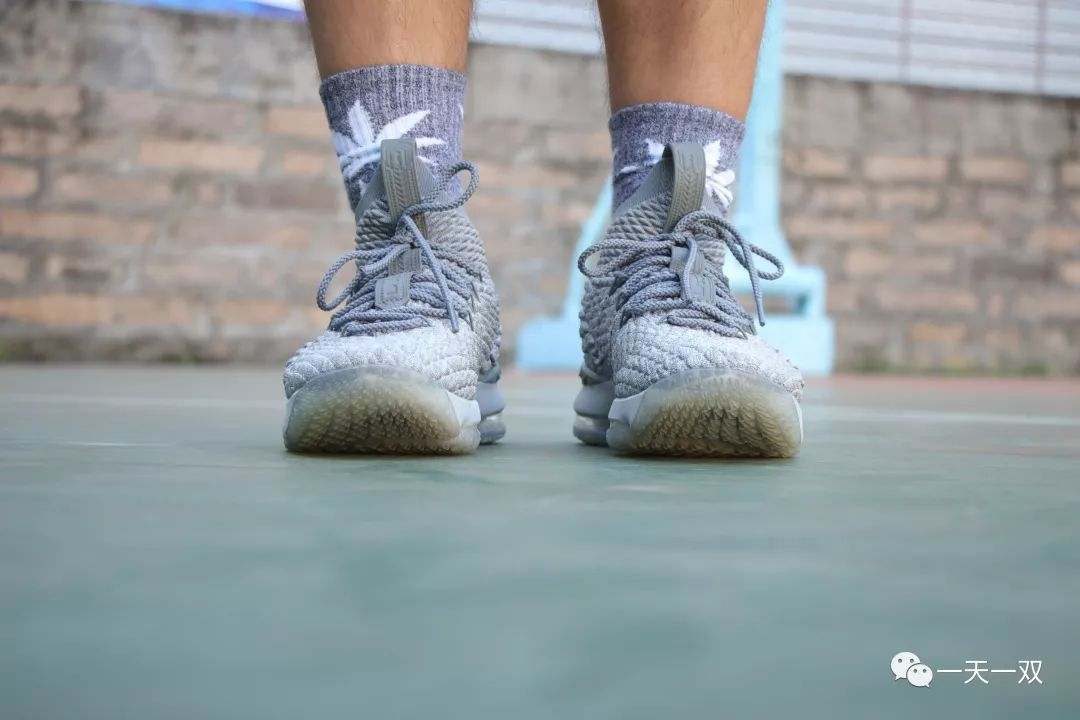 Well, even if the shoe is not perfect, it is still good. It is not that spectacular though, it still fits true to size. For LBJ super fans, these LeBron shoes are a home run. 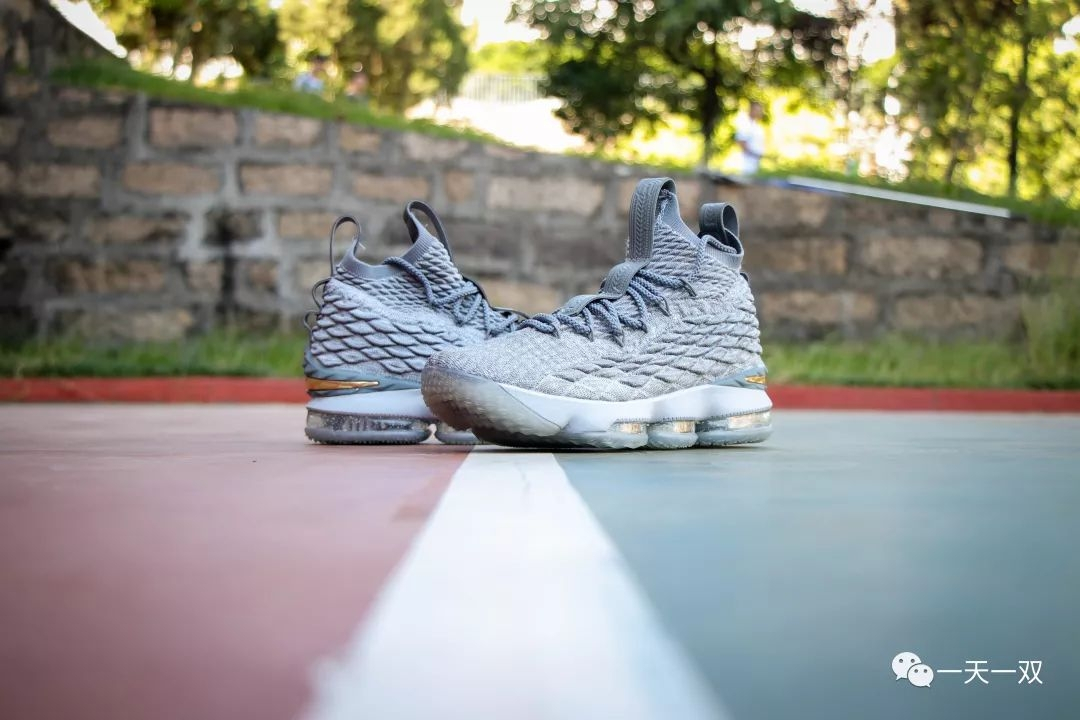 NIKE LeBron 15 is  a combat sneaker, but also a fashionable model. On courts, you will find it become an aggressive and powerful beast. Though there might be risk of slipping, it can not stop we fans from falling in love with it.